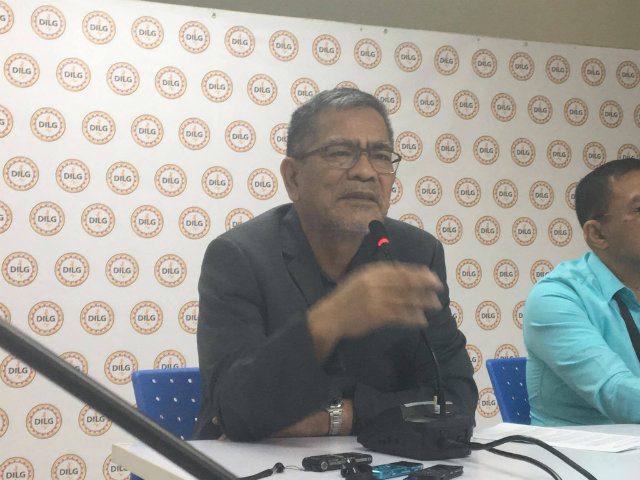 MANILA, Philippines – Secretary Ismael Sueno of the Department of the Interior and Local Government (DILG) on Tuesday, November 8, named at least 19 police officers who are being investigated for their possible involvement in the murder of Albuera Mayor Rolandro Espinosa Sr and fellow inmate Raul Yap.

The Philippine National Police Internal Affairs Service (PNP-IAS) is investigating the cops, 13 of whom are from the Criminal Investigation and Detection Group (CIDG)-Region VIII and 6 from the Regional Maritime Unit (RMU) of Eastern Visayas.

Sueno said the officers are on floating status, meaning they do not receive any salary or financial benefit provided by law within an indefinite period.

The CIDG-Region VIII officers are:

The RMU-Region VIII members who allegedly supported the operations are:

Sueno said that he is open to other agencies, including the National Bureau of Investigation, to conduct separate investigations.

He earlier ordered the National Police Commission (Napolcom) to conduct a parallel probe into the case.

“We welcome the investigations being conducted by other agencies and bodies because, more than anyone else, we want to get to the bottom of this incident so we can carry out the necessary actions,” he added in a statement released on Tuesday.

The DILG chief promised that there will be no whitewash in the probe, and the investigations will be thorough.

PNP-IAS chief Leo Angelo Leuterio also assured the public that there will be no special treatment given to any PNP personnel found involved. (READ: Dela Rosa: ‘No cover-ups’ in probe into Espinosa death)

“In the conduct of this impartial and independent investigation, all PNP personnel found to have violated police operational procedures shall immediately face charges and recommendation of outright dismissal from service,” he said in the same press statement. – Rappler.com