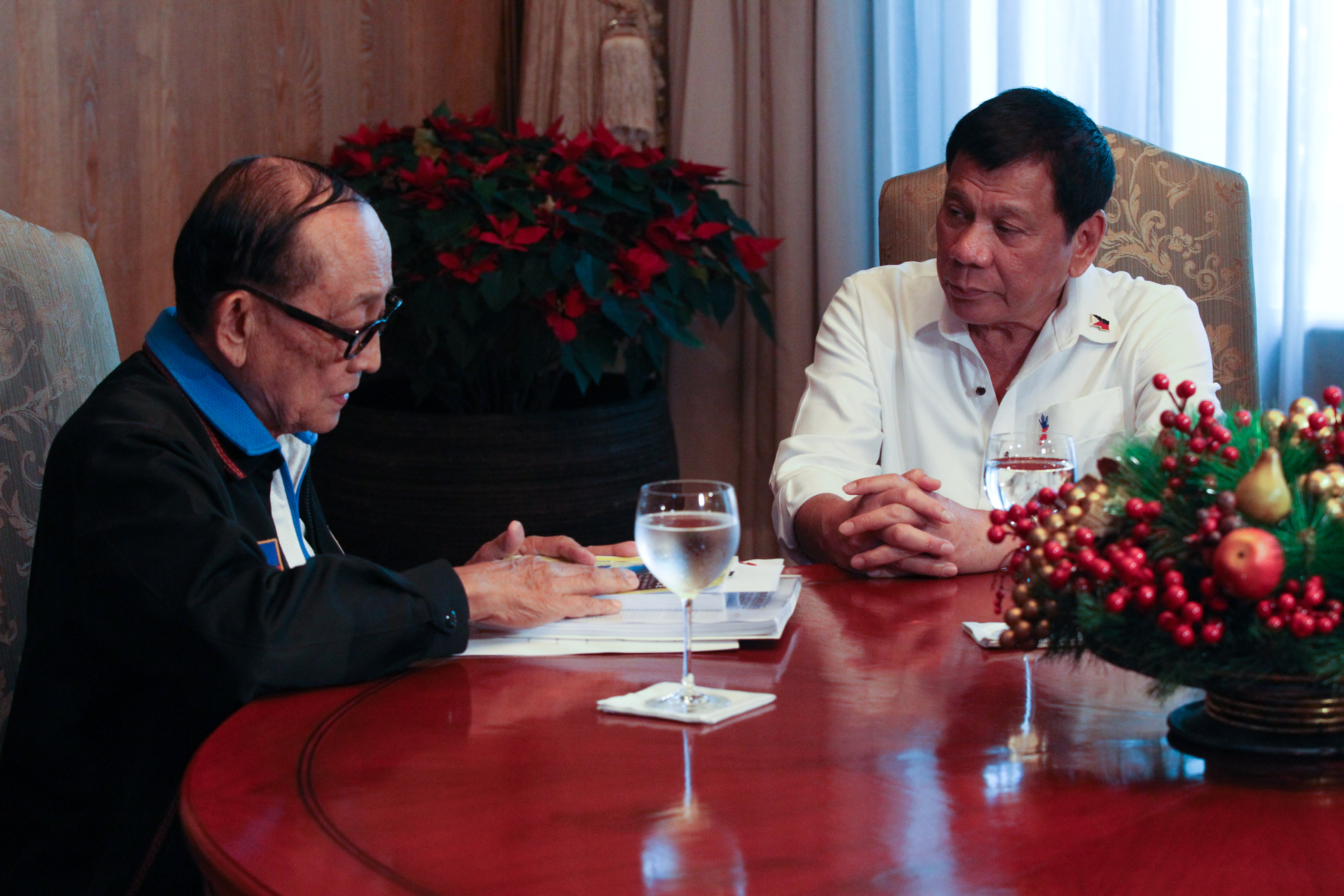 MANILA, Philippines – The differences in opinion between President Rodrigo Duterte and former president Fidel Ramos did not get in the way of them having a “very warm” meeting at Malacañang Palace on Monday, November 14.

Asked if his meeting with Ramos was pleasant, Duterte said, “Always. Well, he has his moments of – you know, ‘yung mga exclamation point. But the President is always courteous and nice.”

Ramos called on Duterte on Monday, around 3 pm, two weeks after he resigned as special envoy to China and wrote a series of newspaper columns criticizing the Duterte government.

Presidential Adviser on the Peace Process Jesus Dureza, present at the meeting, described it as “very warm.”

Duterte and Ramos were “like friends who obviously respect each other,” he told Rappler.

During the meeting, Ramos urged Duterte to sign the Paris Agreement on Climate Change. In a newspaper column, the former president had reminded the Duterte administration of the need to address climate change by abiding by the landmark climate deal.

“We talked about the treaties [on] climate change. He had his points. I gave him mine and we have agreed that I’ll sign it,” said Duterte.

Ramos even asked to see the signed agreement but Duterte could not produce it just yet.

He said the former president did not raise any political issues during their meeting.

“Hindi ‘yan siya naga-ano, ‘yung mga pulitika, pulitika? (He did not raise it, politics?) He does not dwell on it actually, si Presidente (the President). Kasi (Because) he does not want to mention the name of the other guys on the other side,” said Duterte.

Ramos also gave suggestions on “how to handle Misuari’s side on the peace process,” he added.

Nur Misuari, founder of the Moro National Liberation Front, recently expressed his willingness to participate in the Mindanao peace process being pursued by the Duterte administration. (READ: Duterte: Nothing wrong with ’embracing’ Nur Misuari)