Nov 14, 2016 10:21 PM PHT
Rappler.com
Facebook Twitter Copy URL
Copied
In an exclusive interview with GMA News TV, the senator says her relationship with Ronnie Dayan was part of her 'frailties as a woman.' Her critics allege Dayan received on De Lima's behalf bribes from drug lords. 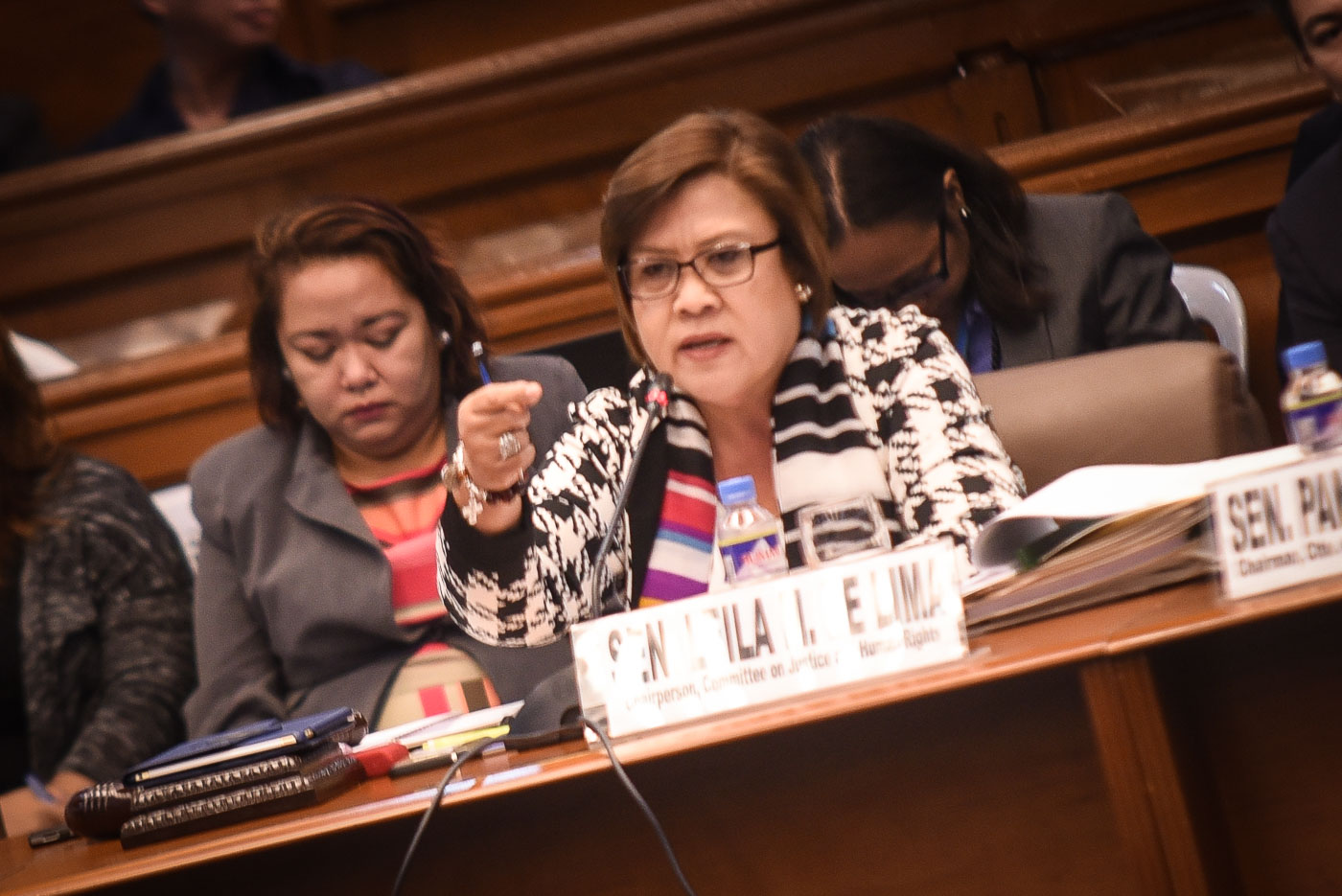 MANILA, Philippines – Senator Leila de Lima admitted that her driver and bodyguard  Ronnie Dayan became her boyfriend, but insisted she did not finance the construction of his house in Pangasinan, as alleged by President Rodrigo Duterte.

In an exclusive interview on the GMA News TV’s Bawal Ang Pasaway Kay Mareng Winnie, which was going to air Monday night, November 14, the senator said the relationship, which lasted “a few years,” was part of her “frailties as a woman.”

No less than the President revealed in a televised speech the relationship between the senator and Dayan – a matter that was known in limited political circles.

Duterte, and succeedingly Justice Secretary Vitaliano Aguirre, alleged that drug lords were able to direct their operations from the national penitentiary because they were paying bribes to De Lima, when she was justice chief, through Dayan.

During the House of Representatives hearings on the proliferation of illegal drugs inside the New Bilibid Prison, inmates testified on coursing millions of pesos through Dayan for De Lima’s senatorial campaign. Congressmen also almost approved showing an alleged sex video of the couple, prompting various sectors to denounce the slut shaming.

The President has been at odds with De Lima since he was mayor of Davao City and De Lima was chairperson of the Commission on Human Rights and then secretary of the Department of Justice.

In various capacities, De Lima has been conducting or pushing for the investigation of extrajudicial killings allegedly committed by vigilantes either linked to the President or emboldened by his shoot-to-kill pronouncements against drug personalities.

Recently, De Lima filed with the Supreme Court a case to challenge the doctrine of a president’s immunity from suits. This was followed the National Bureau of Investigation filing a case against De Lima for allegedly protecting drug syndicates  – Rappler.com