Nov 17, 2016 2:47 PM PHT
Pia Ranada
Facebook Twitter Copy URL
Copied
'The International Criminal [Court] is useless,' says the Philippine leader, who has been called out by the ICC for possible human rights violations in his anti-drugs campaign 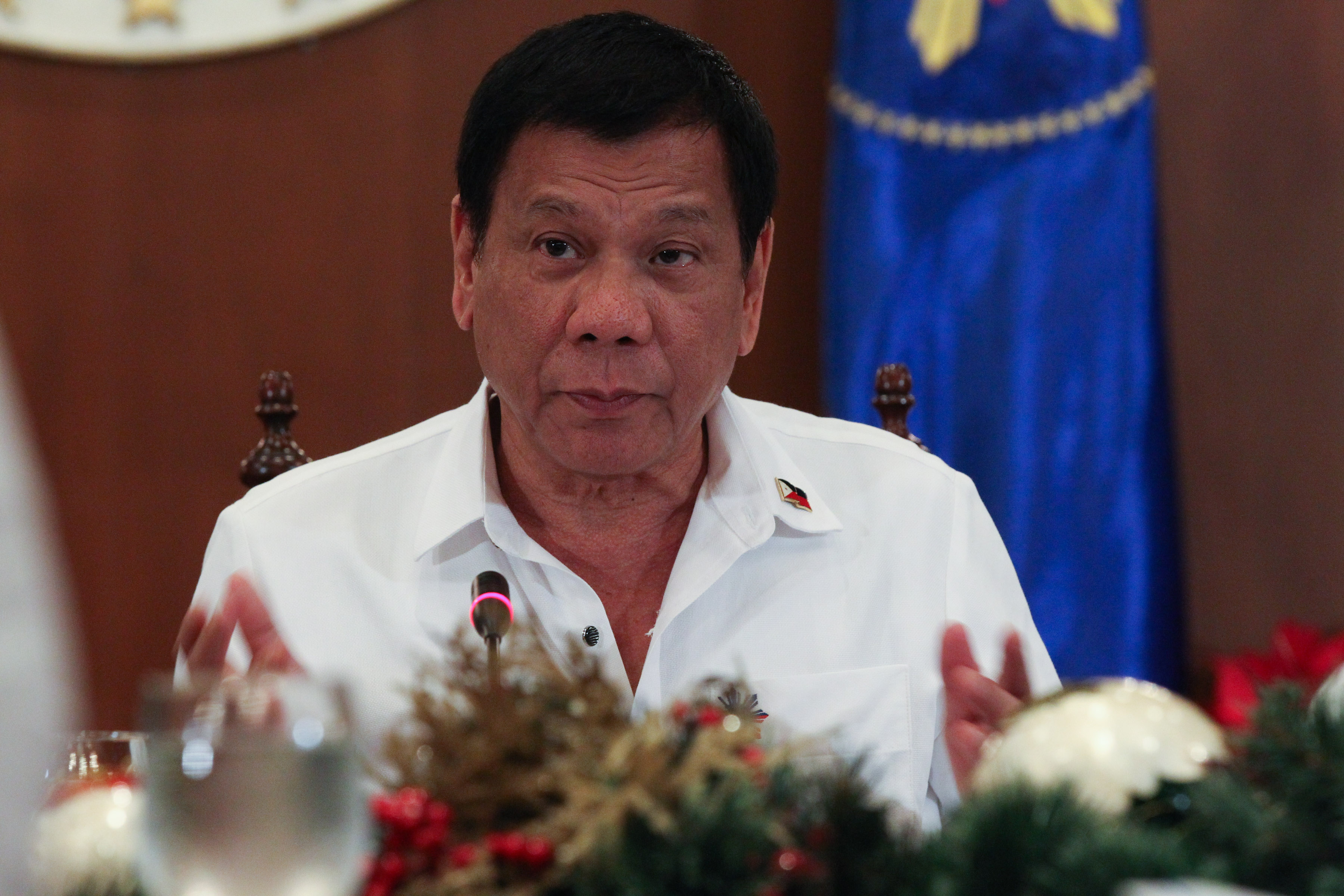 The move comes after the ICC published a report classifying the Russian annexation of Crimea as an occupation.

Duterte also expressed dissatisfaction with the tribunal, claiming it has not helped small countries like the Philippines wracked with violence and injustices.

Duterte cited the example of Aleppo in Syria and Mosul in Iraq where human rights abuses continue to happen despite the ICC’s existence.

The ICC has previously called out the Duterte administration for possible human rights violations in its anti-illegal drugs campaign. An ICC judge said she was closely monitoring the “drug war.”

The ICC investigates genocide, war crimes, and crimes against humanity.

Other countries that had served notice of a pullout from the ICC are Gambia, South Africa, and Burundi. Gambian Information Minister Sheriff Bojang earlier charged that the ICC had been used “for the persecution of Africans and especially their leaders” while ignoring crimes committed by the West.

In his Thursday speech, Duterte said he would be the first to support China and Russia if they decide to forge a new alliance of nations.

“If China and Russia will decide to create a new order, I will be the first to join,” said Duterte.

The Philippine President has threatened in the past to withdraw the Philippines from the United Nations, an organization he said is “dominated by the US” and had “done nothing” for the Philippines.  He later clarified that it was only a “joke.”

On Thursday, however, he again expressed disappointment with the UN.

“UN, walang ginawa (did nothing). Series of wars, Vietnam, Taliban, the killings [are] endless,” he said.

“Just because it is America, it does not mean that it is good,” Duterte added.

Duterte is expected to meet world leaders like Putin, US President Barack Obama, and Chinese President Xi Jinping at the APEC Leaders’ Summit in Peru. (READ: 5 things to expect from Duterte at APEC 2016 in Peru)

He is seeking a bilateral meeting with Putin, whom he has described as his “hero” and “idol.” – Rappler.com