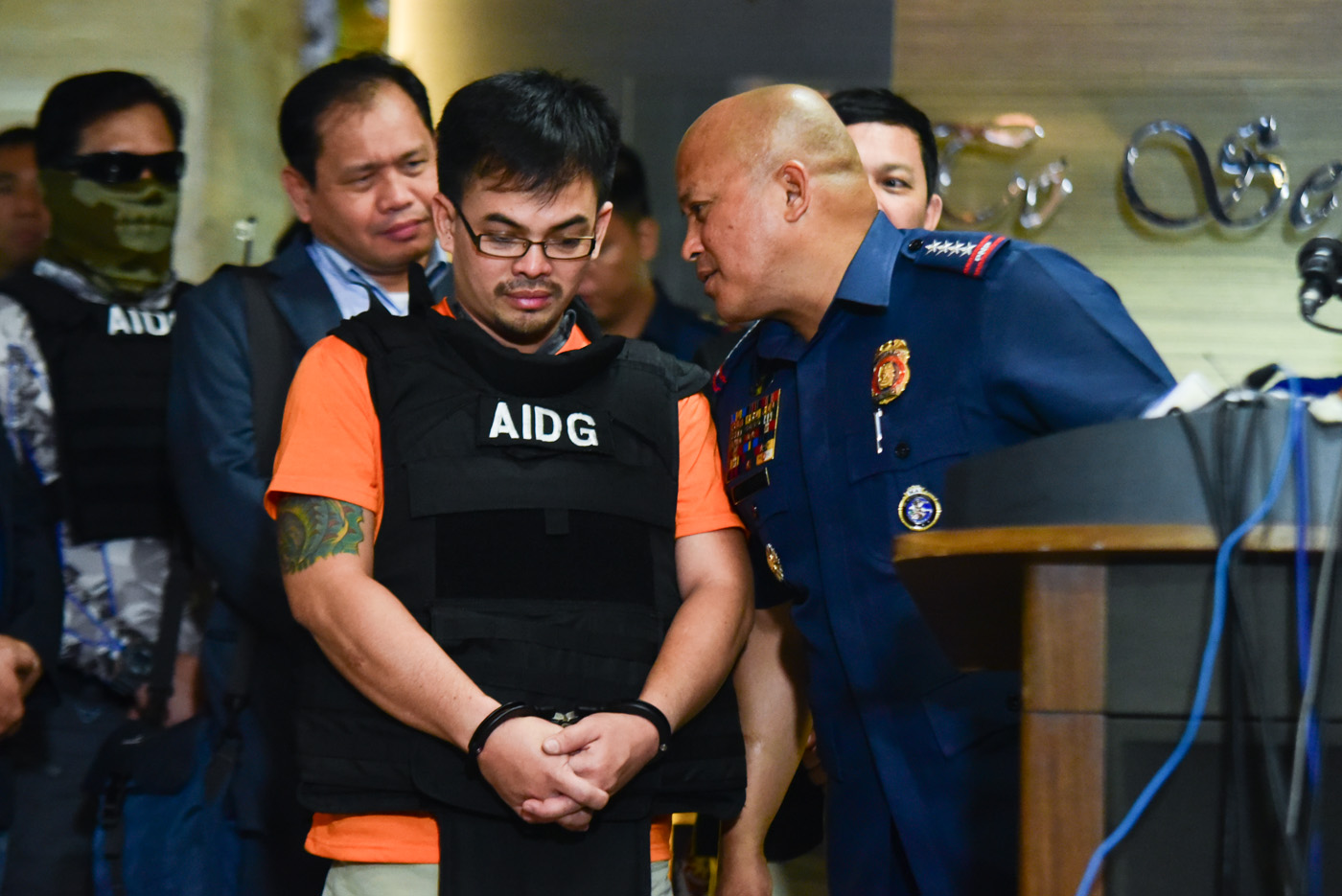 MANILA, Philippines – He’s ready to say what he knows about the illegal drug trade in his area but the former fugitive the government now wants to make state witness is insisting he’s not a drug lord.

“Alam ko na-involve sa ganyan pero hindi ako drug lord ng Eastern Visayas (I know I’ve been involved in illegal drugs but I am not the drug lord of Eastern Visayas),” Espinosa said in a Friday, November 18, interview with ABS-CBN on board the plane that took him from Abu Dhabi to Manila. (READ: Alleged drug lord Kerwin Espinosa arrives in PH)

Espinosa was brought home from Abu Dhabi on Friday, 5 months after he fled the Philippines and hid in 4 other cities abroad. Leaving the country in late June 2016, Espinosa first traveled to Kuala Lumpur, then to Phuket and Bangkok, and then to Hong Kong and eventually to Abu Dhabi where he was cornered by authorities.

Espinosa is accused of being the top drug personality in Eastern Visayas. He and his father were named by no less than President Rodrigo Duterte following a police operation that nabbed P11 million worth of shabu from a tennis court near their Albuera home.

The younger Espinosa said his father’s killing was a “rubout.” He cited the testimonies of his father’s fellow inmates – who claimed Espinosa was not armed – in explaining why he believed it was a rubout.

Espinosa, who will be detained at Camp Crame, said he was worried about threats to his life.

But Dela Rosa, who escorted the alleged drug lord upon his arrival at the Ninoy Aquino International Airport early Friday, gave assurances he will be safe.

The PNP wants to turn him into a state witness because Dela Rosa said Espinosa was a “breakthrough” and the “missing piece in the puzzle” in the country’s popular but controversial war on drugs.

Espinosa, said Dela Rosa, will be able to link various drug personalities not just in Eastern Visayas but in the neighboring Central and Western Visayas regions.

Espinosa had earlier said he was willing to tell all as long as he is admitted into the government’s witness protection program. – Rappler.com