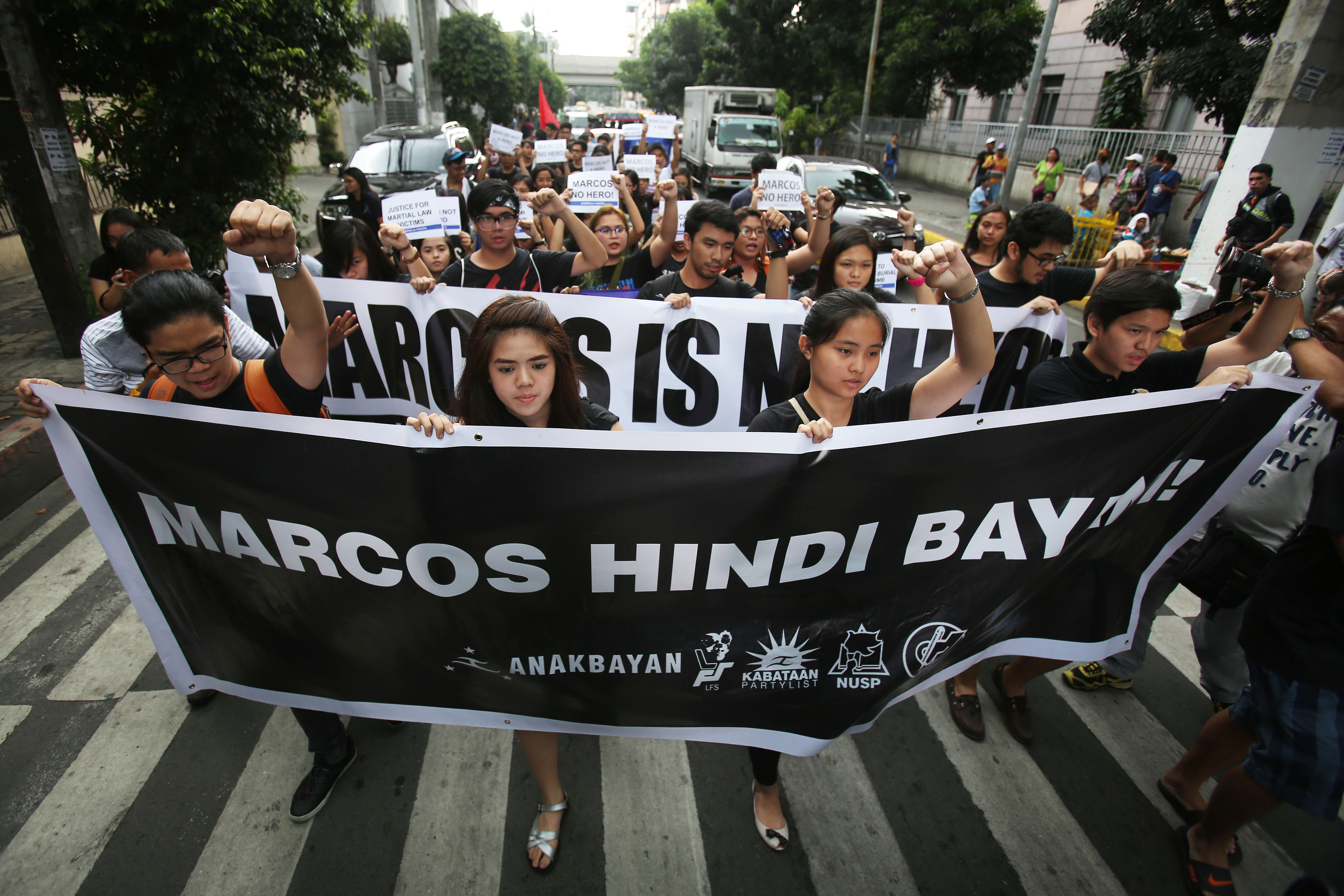 MANILA, Philippines – Malacañang spokespersons were themselves surprised by the news of the late dictator Ferdinand Marcos’ burial at the Libingan ng mga Bayani on Friday, November 18.

At the time, news that the former dictator would be buried at the Heroes’ Cemetery was breaking.

Banaag admitted that she herself only found out about the burial during the press conference, through a text message shown to her.

On the day of the burial, Duterte and his spokesmen Communications Secretary Martin Andanar and Presidential Spokesman Ernesto Abella were on their way to Lima, Peru to attend the Asia-Pacific Economic Cooperation (APEC) Leaders’ Summit.

Duterte had previously given the Marcos family the go signal to bury their patriarch after the Supreme Court (SC) ruled that there are no legal obstacles to prevent the burial.

Banaag said that after the SC decision and Duterte’s permission, “it is up to the Marcos family as to when to bring the body to the Libingan ng mga Bayani.”

Though the Palace expects protests against the burial, Banaag said Duterte himself was “very clear” about his position on the issue since his presidential campaign. (READ: Duterte: Marcos ‘not a hero’ but ‘law’ allows burial at Libingan) – Rappler.com