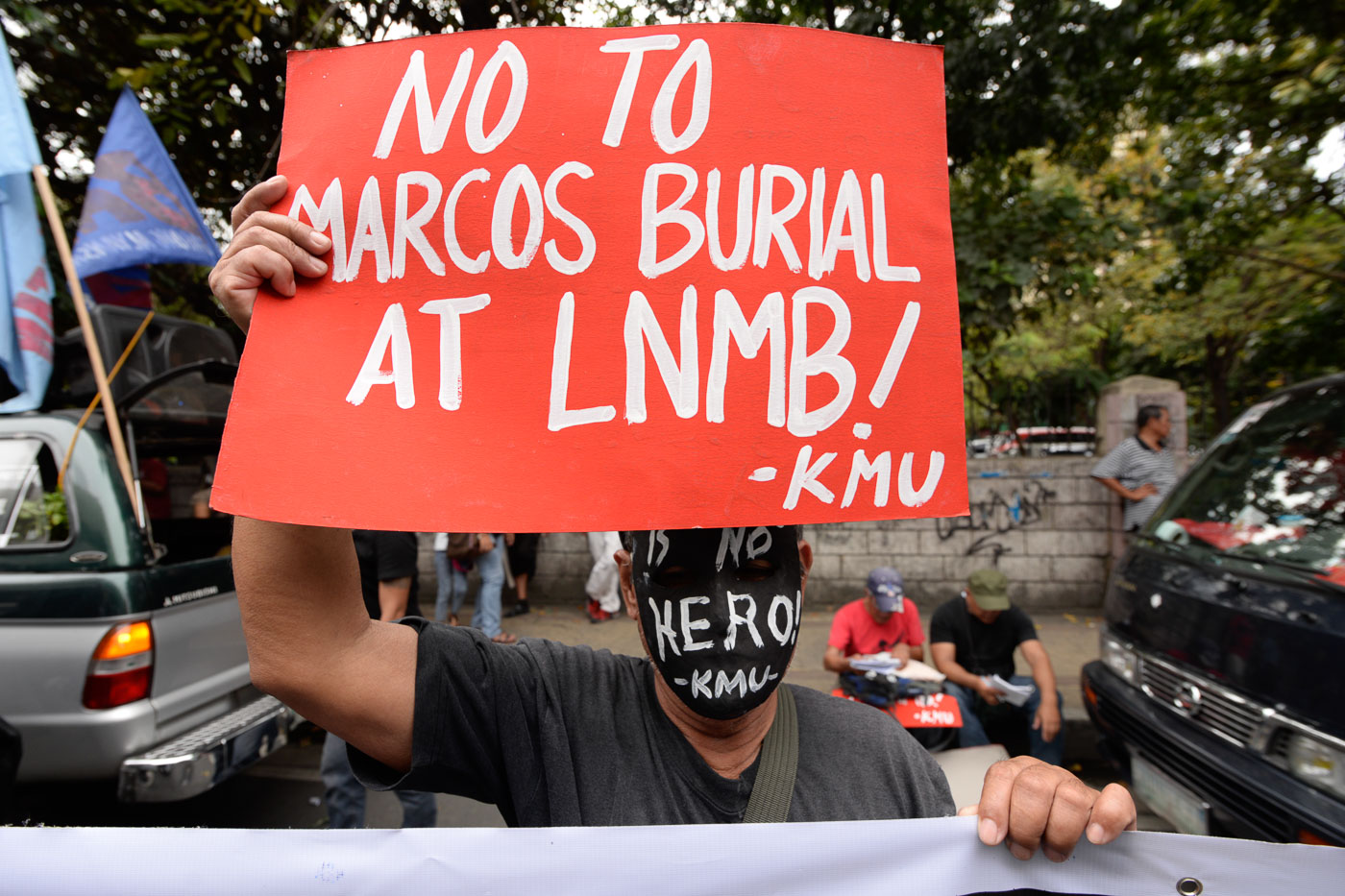 MANILA, Philippines (UPDATED) – “We hold the Duterte administration responsible for this latest insult to the victims of Martial Law and to the valiant struggle of our people to bring down the conjugal dictatorship.”

With these words, the Task Force Detainees of the Philippines (TFDP) slammed the surprise burial of dictator Ferdinand Marcos at the Libingan ng mga Bayani on Friday, November 18.

It was Duterte, after all, who approved a hero’s burial for Marcos, which was his campaign promise.

In a statement, the TFDP said it “is outraged by this sneaky burial of a plunderer, dictator and human rights violator.”

The TFDP was founded in 1974 to assist political prisoners during Martial Law. It continues to fight against human rights violations.

Like the TFDP, other Leftist groups condemned Marcos’ burial at the Libingan ng mga Bayani on Friday.

In a statement, Kabataan Party-List said that “this secret burial speaks volumes” of how the Marcoses fear “the wrath of the Filipino people.” It also shows how far authorities will go “just to change the course of history.”

“The sneak burial of the late dictator – a plunderer, a human rights violator of the highest order – is a grave travesty against the Filipino people,” Kabataan Party-List Representative Sarah Elago said.

ACT Teachers Party-List Representative France Castro said Marcos’ burial at the Libingan ng mga Bayani “will teach a grave error” for the youth – among these, “that Martial Law was the golden age for our country.”

Antonio Tinio, also a representative of ACT Teachers Party-List, added in a statement, “We protest today an act which directly insults the victims, including the families of the desaparacidos who still wait for their loved ones to come home and the victims of extrajudicial killings who are still seeking for justice.”

The group Karapatan Southern Tagalog called Marcos’ burial a slap on the face.

The group PAMANTIK-KMU said, “Walang bayani sa diktador at magnanakaw.” (There is no hero in a dictator and thief.)

LFS spokesman JP Rosos also blamed previous administrations because “there were no steps taken in making sure that Ferdinand Marcos and his family will be held accountable” for their alleged misdeeds.

“Today’s unwanted surprise by the Duterte administration shows how our government has allowed impunity from one regime to another,” Rosos said.

Leftist groups issued these statements as Duterte courts their comrades to push for the peace process. Many Duterte allies from the Left, for instance, had also been victims of the Marcos regime.