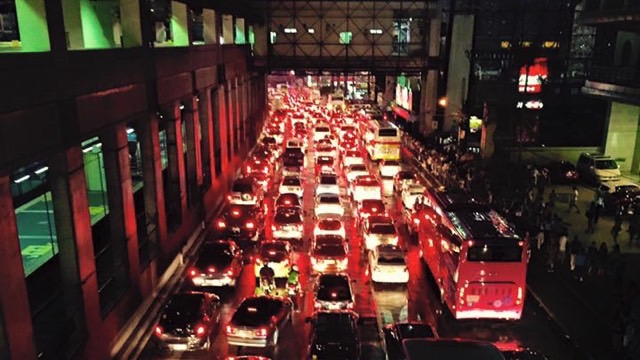 MANILA, Philippines – There should be #NoMoreExcuses for motorists to help make roads safer, according to tthe World Health Organization (WHO), as the world observes the World Day of Remembrance for Road Traffic Victims (WDR) on Sunday, November 20.

The WHO, in a video posted on its Facebook page, encouraged motorists and passengers to always wear a helmet, not drink and drive, follow road traffic rules and regulations, always wear a seatbelt, and use child restraints, to minimize accidents on the road.

The day of remembrance is commemorated every third Sunday of November to remember the millions of lives killed and injured in road crashes, and to thank dedicated agencies that deal with daily road incidents.

In its latest Global Status Report Road Safety in 2015, WHO estimated 10,379 road accident fatalities in the Philippines. Around 53% of accidents involved riders of motorized two- or three-wheeler vehicles. (READ: Road deaths in PH: Most are motorcycle riders, pedestrians)

This forms part of an estimated 323,000 deaths in the Western Pacific Region, to which the Philippines belongs.

Two-wheeler motorcycles also have the highest fatality accident rate with 149 out of 419 fatal incidents in January to August 2016 in Metro Manila alone, based on a road crash statistic report by the Metropolitan Manila Development Authority (MMDA). 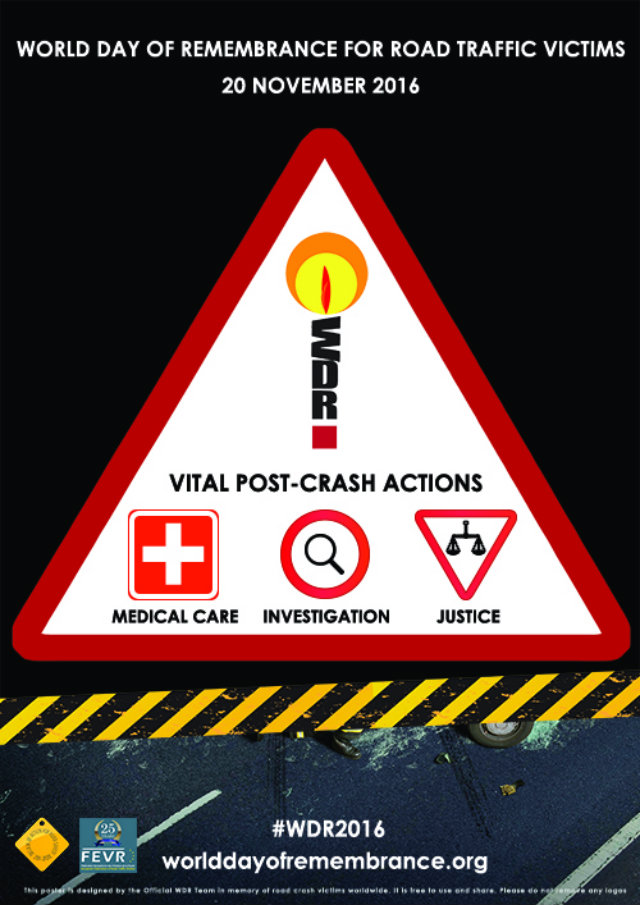 Since 2015, 3 legislations have been passed to prevent traffic road accidents in the Philippines.

Republic Act 10666, or the Children’s Safety on Motorcycles Act of 2015, was signed by former President Benigno Aquino III to ban children from boarding two-wheeled motorcycles in public roads “where there is heavy volume of vehicles, there is a high density of fast-moving vehicles or where a speed limit of more than 60 km/h is imposed.”

Speed limiters, “a device used to limit the top speed of a vehicle either through mechanical, electronic, or communication systems,” are now required to be installed in public utility and certain types of vehicles under RA 10916, or Road Speed Limiter Act of 2016.

Drivers who are caught distracted will also be penalized under the RA 10913, or the Anti-Distracted Driving Act of 2016.

Under the said law, motorists are banned from “using a mobile communications device to write, send, or read a text-based communication or to make or receive calls,” and “using an electronic entertainment or computing device to play games, watch movies, surf the Internet, compose messages, read e-books, perform calculations” while the vehicle is in motion or stopped at a red traffic light.

WHO, with the Bloomberg Initiative for Global Road Safety (BIGRS) 2015-2019, also provides technical support to review and strengthen road safety legislation in the Philippines.

“Technical and legal inputs are currently being provided in the formulation of implementing rules and regulations of several national road safety legislations, and more in-depth and solution-oriented media stories on road safety are being encouraged,” the agency added.

BIGRS in an extension of the 2010-2014 Bloomberg Philanthrophies Global Road Safety Programme which aims to reduce fatalities and injuries from road crashes. – Rappler.com