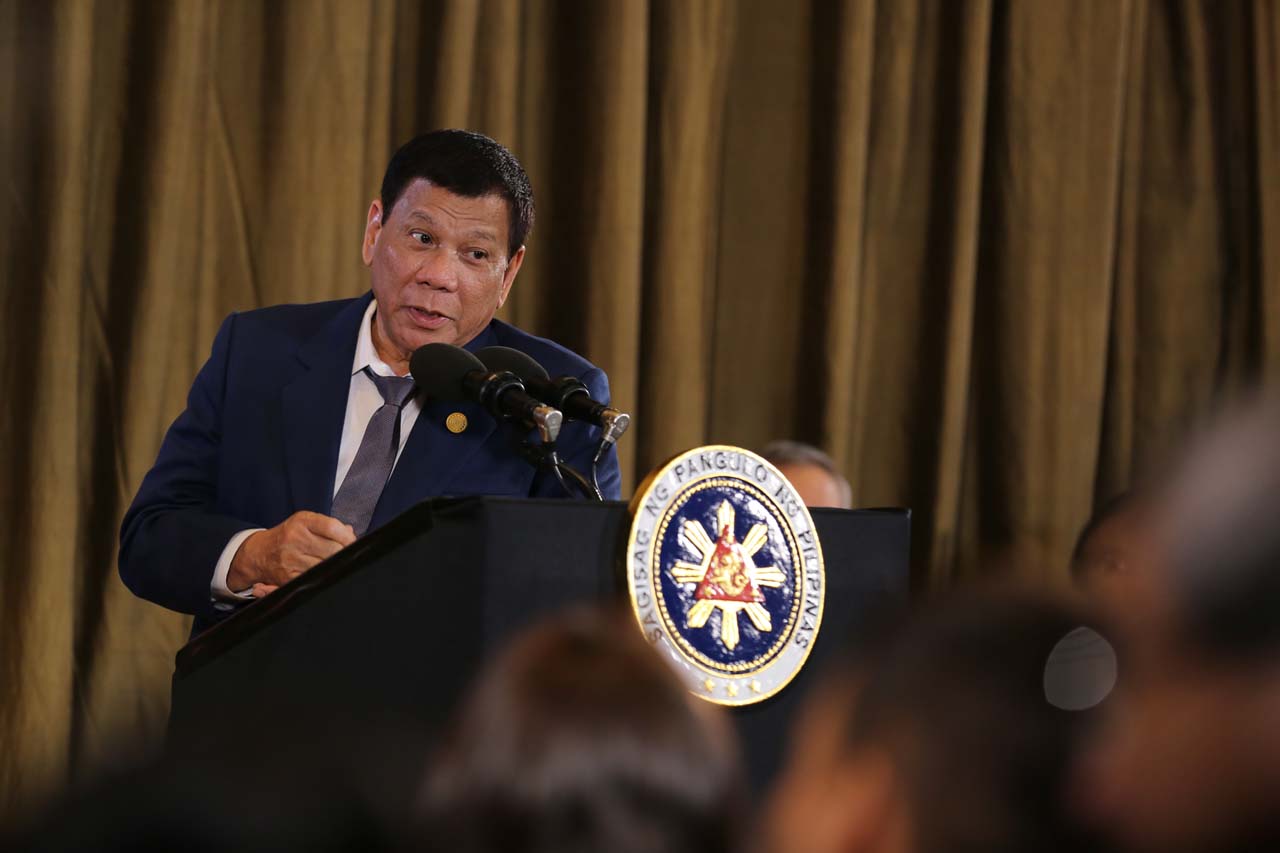 “I am demanding they all resign,” said Duterte during a press conference in Lima, Peru on Monday, November 21.

He said his administration may file a case against ERC officials involved in corruption or implement cuts in the ERC budget.

“They must resign. I have options. File a case against them all or demand that no money will be appropriated. Bigyan ko sila ng zero (I will give them zero),” he said.

He heard of the corrupt practices from intelligence reports. The extent of corruption has even persuaded him that the ERC may need to be “reorganized,” at worst, disbanded.

“I will ask Congress, I will demand from Congress to disband [ERC],” said the President.

Duterte said the filing of cases against ERC officials may happen soon since his “source” already has the necessary “document.”

The ERC has been hounded by reports of dubious handlings of contracts, the hiring of too many consultants, and questionable appointments. (READ: ERC appointment raises conflict-of-interest issues)

As ERC Director, Villa served as the chairman of the bids and awards committee.

Duterte clarified that he wants only officials and not rank-and-file employees to resign.

The ERC is an independent regulatory body created by law to keep an eye out for abusive practices in the power industry that disadvantage Filipino consumers.

Senator Ralph Recto asked Duterte not to abolish the ERC, saying corruption in the agency can be eliminated just by replacing dishonest officials.

“The ERC must stay to police the electricity market. Somebody should blow the whistle on anti-competitive practices in an industry so vital to the nation,” said Recto in a November 21 statement.

He urged the President to instead appoint “known consumer [rights] advocates” to the body.

Explaining the value of the continued existence of the ERC, Recto said, “It is not just an anti-cartel police, but also the industry ombudsman, the playing field umpire, and above all the price-setter whose vigilance or non-vigilance is reflected on the monthly electricity bills of Filipino households.”

Cracking down on corruption in government was among Duterte’s major campaign promises when he ran for president. – Rappler.com