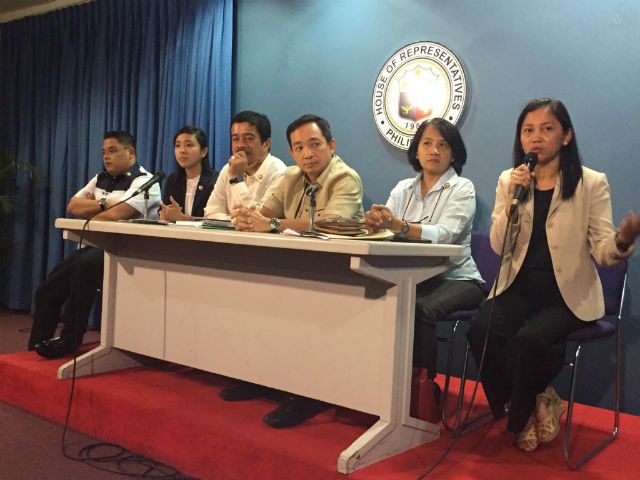 MANILA, Philippines – The House Makabayan bloc said on Monday, November 21, that they will remain allied with President Rodrigo Duterte even after the interment of the late strongman Ferdinand Marcos at the Libingan ng mga Bayani.

The following left-leaning lawmakers have previously expressed strong opposition to a hero’s burial for the late dictator:

The Makabayan bloc even filed a resolution in August urging the House of Representatives to oppose Marcos’ burial at the national shrine for heroes in Taguig City.

The legislators reiterated their support for Duterte 3 days after the Marcos family arranged private funeral rites for the late dictator, a move that was only publicized barely an hour before the actual burial. (READ: Behind the scenes: 12 hours to prepare for Marcos burial)

The stealthy way the interment was planned and carried out angered several anti-Marcos groups, with members of the Makabayan bloc joining some of the protests that were staged across Metro Manila.

A hero’s burial for Marcos had long been supported by Duterte, who had promised it to the Marcos family during the campaign period. (READ: Duterte on Marcos burial: Let history judge, I followed law)

But on Monday, Casilao, Brosas, De Jesus, and Tinio said they will continue supporting the “pro-people” programs of Duterte.

“Makabayan supports the pro-people pronouncements and policies of President Duterte, specifically with respect to the peace talks and release of political prisoners, as well as an independent foreign policy. Insofar as Malacañang has taken positive steps on these issues, our support remains,” Tinio said in a text message to Rappler.

Still, Brosas and De Jesus reiterated their criticism against Duterte for favoring a hero’s burial for Marcos.

“We reiterate our calls for Duterte to revoke state honors and the burial of the late dictator Marcos. We stand by our criticism of his policies and actions that work towards rehabilitating Marcos’s tyrannical rule and restoring antidemocratic governance. Our membership in the majority coalition in Congress is standing,” said Brosas and De Jesus in a joint statement.

“We firmly believe that the key for the President to change his mind from favoring the Marcos family, is the flooding of streets by the people’s protest demanding a stop to revision of history, particularly, the atrocities of Marcos during Martial Law and the deprivation of long overdue justice for the victims,” Casilao said.

“We urge the President to stand for democracy and social justice, a step towards these is his fulfillment of his promise to release the more than 500 political prisoners which is an agenda of the peace talks with the NDF (National Democratic Front), work for genuine land reform, workers’ rights, and other people’s reform agenda,” he added. – Rappler.com