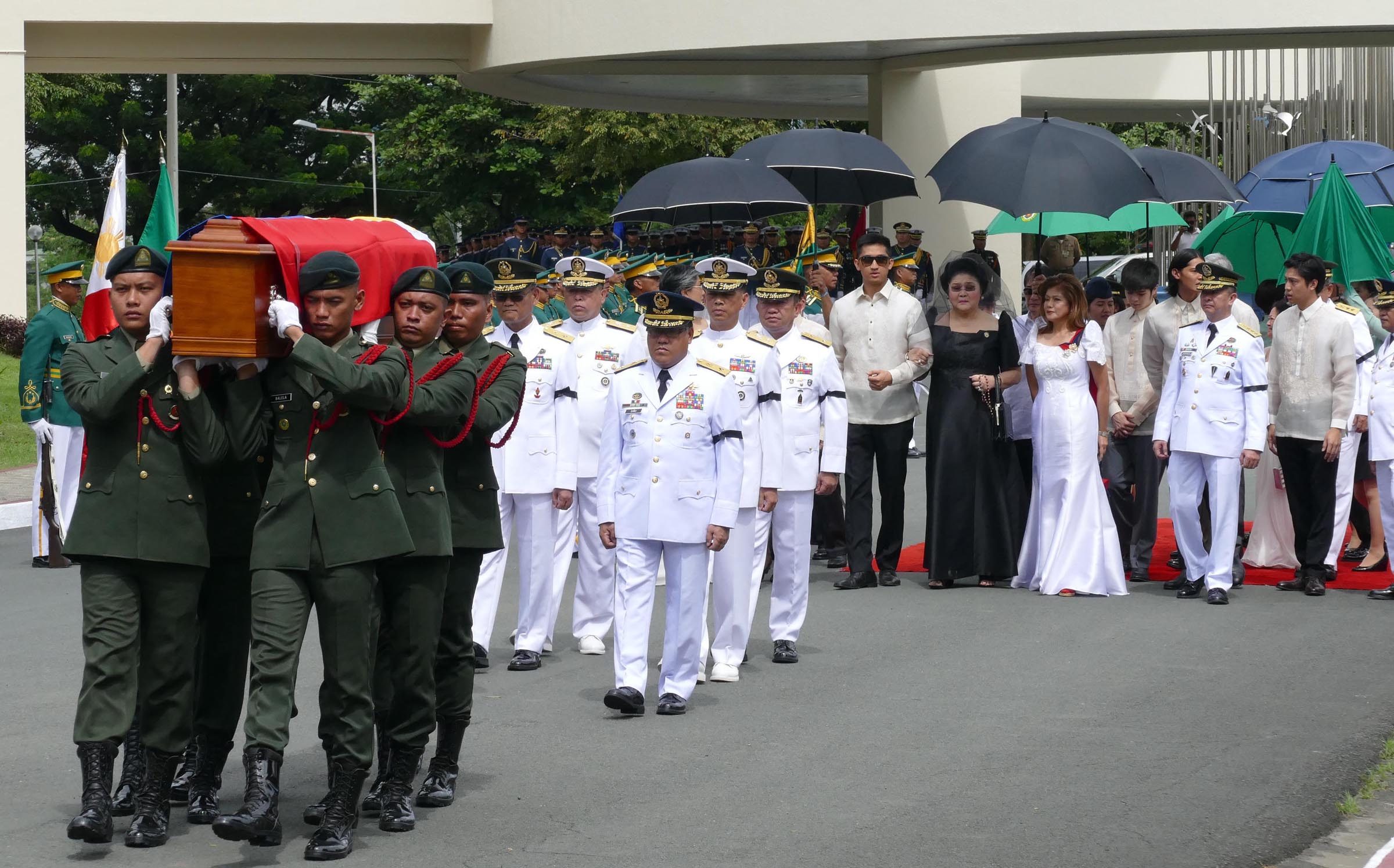 Facebook Twitter Copy URL
Copied
'I believe, as a layman, that those are very good arguments to win a Supreme Court case. I wish you good luck,' Senator Lacson says in response to a point raised by Senator Hontiveros

MANILA, Philippines – Did the Armed Forces of the Philippines (AFP) commit violations when it allowed the secret and private burial of the late Philippine Dictator Ferdinand Marcos on Friday, November 18?

It was past 10 pm Tuesday, November 22, when the budget of the Department of National Defense (DND) and the AFP was deliberated on 2nd reading, but neophyte senator Risa Hontiveros stayed to seek answers.

Senator Panfilo Lacson, who sponsored the DND budget to the plenary, could not defend the military’s actions based on two points raised by Hontiveros.

One, Hotiveros raised the military’s alleged violation of judicial courtesy and other judicial process. Hontiveros said the November 8 Supreme Court ruling that upheld the decision of President Rodrigo Duterte to bury Marcos at the Libingan ng Mga Bayani could not have been legally implemented on November 18. Based on Rule 52 of the Rules of Court regarding motions for reconsideration, losing petitioners are allowed a period of 15 days to file a motion for reconsideration.

“Friday, the day that the burial was carried out, was well within the 15 days since the November 8 ruling of the Supreme Court. The petitioners had said they would file their motions for reconsideration. In fact, the SC had scheduled to hear the MRs today, Tuesday, and yet the burial proceeded,” Hontiveros said.

“There a principle of judicial courtesy, to allow the court time to resolve a case,” Hontiveros said. This was the point raised by Albay Representative Edcel Lagman before the Supreme Court when he filed an urgent motion on Monday, November 21, to order the exhumation of Marcos’ remains at the LNMB.

Lacson replied: “My distinguished colleague very well knows that I’m not a lawyer. I believe, as a layman, that the points you raised are very good arguments to win a Supreme Court case. I wish you good luck.”

Earlier, SC spokesperson Theodore Te said the SC ruling in effect lifted the status quo order that had stopped the government and the Marcoses from burying the former president. “Even if there is a 15-day period, there was no order restraining the act (burial),” Te had said.

Two, Hontiveros said the military may have illegally used public funds and state resources to make the private burial successful. She cited the use of a Philippine Air Force plane to transport the remains of Marcos from Ilocos Norte straight to the Libingan ng mga Bayani.

Lacson replied: “As far as the [Defense] department and the AFP [are concerned], they received an order from higher authorites. They had no other choice but to comply with the order. But on the point you raised regarding the use of funds, which I believe the Supreme Court in its ruling specifially mentioned: Again, that is a very valid point that you should raise in your petition.”

The military used 2 choppers, not a plane, to transport Marcos’ remains and his heirs. The military had said they will be charging the Marcos family P1.2 million for the use of the choppers.

Hontiveros at the start of her interpellation sought to clarify inconsistent claims about where the orders for Friday’s burial came from. Did it come from the DND or the AFP? President Duterte and Defense Secretary Delfin Lorenzana both said they did not know that the burial would happen on Friday.

Lacson moved to read the DND order signed by Lorenzana in August, before petitions were filed in the Supreme Court to stop the burial. It ordered AFP chief General Ricardo Visaya to implement the verbal order of Duterte to bury Marcos at the Libingan. It specifically instructed the military to “coordinate closely with the Marcos family regarding the date of interment and the transport of the late former President’s remains to the LNMB.”

“It is as clear as that. There  was a verbal order from President Duterte. Compliance to the verbal order was sought,” said Lacson.

“I would like to think that the President was not informed of the exact date, but the instruction to undertake security preparations including the implementation of the burial of the President, was clearly given as an order. I suppose the President (when he said he didn’t know about the burial) was referring to the exact date when the interment will be undertaken,” said Lacson. – Rappler.com