De Lima to Kerwin Espinosa: ‘I forgive you’ 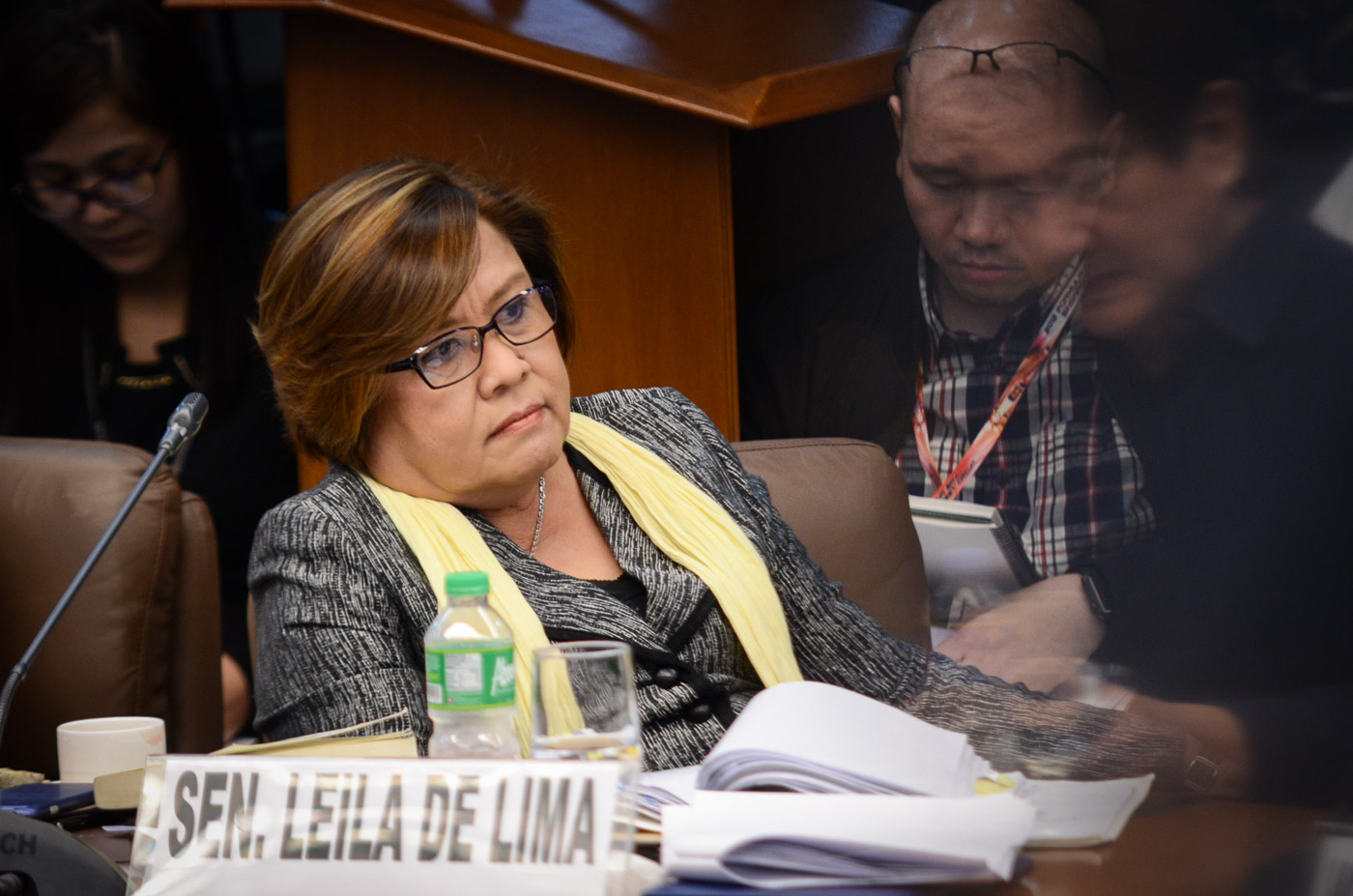 MANILA, Philippines (UPDATED) – Senator Leila de Lima had no questions but only a “final message” to alleged drug lord Kerwin Espinosa at a Senate inquiry where he had just accused her of receiving P8 million from him for her senatorial bid.

Instead of asking questions to Espinosa, De Lima made a brief manifestation, where she denied her alleged link to Espinosa that was supposedly facilitated by her former driver, Ronnie Dayan.

“I categorically, firmly, and absolutely deny having known Mr Kerwin Espinosa. I do not remember any instance or occasion of having met him. I categorically, firmly, and absolutely deny having received any money, any cash from Mr Kerwin Espinosa, either directly or indirectly through anyone else, in any occasion at any time, whether that money is supposedly for either protection or fund-raising for campaign expenses,” she said.

She alleged that the portion of Espinosa’s affidavit that referred to her was made “under gunpoint, under duress.” She said this is why “it’s pointless for me to question him on those points.” (READ: The public trial of Leila de Lima)

“And I also feel that it would not be appropriate for me to do so because there would be questions on my objectivity, on my interest because I’m being implicated expressedly as having received that money,” De Lima added.

Dayan, who was arrested on Tuesday, had made the same allegation against his former boss. (READ: De Lima: Duterte admin turned Dayan against me)

De Lima had earlier welcomed Dayan’s arrest and allegations, saying these would now allow her to clear her name before the court.  She is facing multiple complaints for drug trafficking before the Office of the Ombudsman and the Department of Justice.

Justice Secretary Vitaliano Aguirre II saw De Lima’s decision not to question Espinosa as proof that the witness was “telling the truth.”

He said that it was a “lost opportunity” on the part of De Lima.

He added that the Senate hearing was the “right place” to cross-examine ‬Espinosa.‪ ‬– with reports from Camille Elemia/Rappler.com