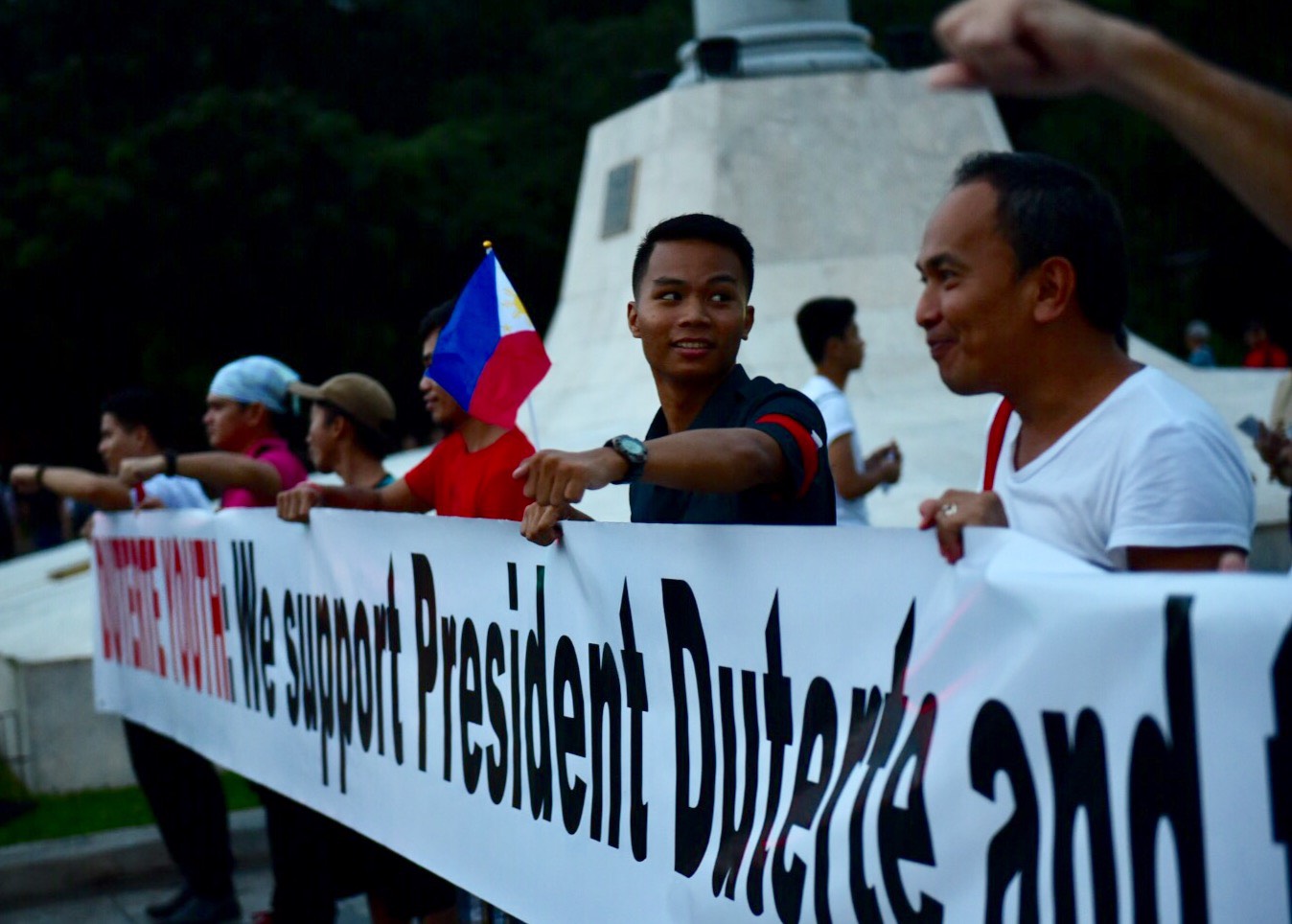 MANILA, Philippines – A small group of young people went to Luneta on Friday afternoon, November 25, to express support for President Rodrigo Duterte just as a grand rally was starting in the area to denounce his decision to accord dictator Ferdinand Marcos a hero’s burial.

Some of them wearing citizens’ military training fatigues with red armbands, 10 members of the Youth for Duterte called on demonstrators to respect the decision of the President. They pointed out that the Supreme Court upheld Duterte’s order.

“We voted for our President,” said Frances Orliedayap. “We did not go here to disturb their rally. We are here to express our support, as young people, for the President. We have no other intentions but support his decision.”

Another member of the group, Ronald Cardema, chided anti-Marcos protesters who were calling Duterte insulting names, such as being a lapdog of the Marcos family.

He also criticized Cabinet officials who are from the Left for crtiticizing Duterte’s decision on the controversial burial. Social Welfare Secretary Judy Taguiwalo and Agrarian Reform Secretary Rafael Mariano have voiced their strong stance against the burial that was surreptitiously carried last November 18.

“When he was still running for president, you know he promised the burial. When he won, you know that there is a bigger chance it will push through,” Cardena said. “You, Left Cabinet members, you are backstabbing the President, you criticize him. You should resign, then.”

Taguiwalo and Mariano earlier announced that they do not need to resign from their Cabinet positions despite their stand on the hot issue.