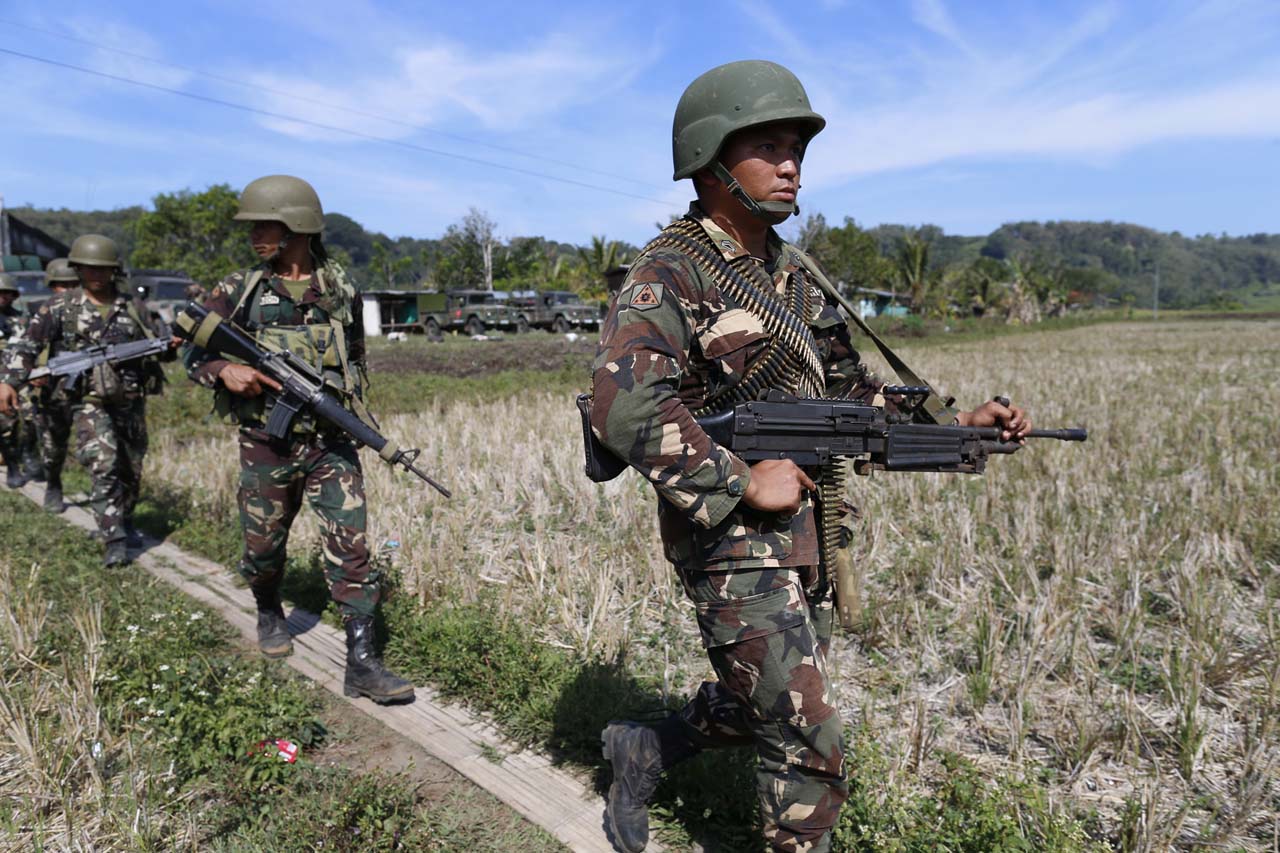 MANILA, Philippines – The Philippine military launched air strikes in Butig, Lanao del Sur in southern Philippines on Saturday, November 26, as it chased after alleged members of the Maute local terror group who occupied an old abandoned building, the military said.

It also said the two SF260 air force planes dropped bombs before 11 am Saturday to support troops who encountered the local terror group that is equipped with rocket propelled grenades (RPG).

“The Armed Forces of the Philippines has launched an operation to chase after the Maute leaders. It has been ongoing for the last two days,” said military spokesperson Brigadier General Restituto Padilla.

The Maute group, known for its ties with symphatizers of the Islamic State (ISIS), occupied “an old abandoned building that is not being used,” Padilla said. (READ: 4 PH terror groups link up with pro-ISIS fighters in region)

The area where it is situated is a place already abandoned by most residents, he added, and where “only the relatives of the Maute family have remained.”

At least two soldiers were reportedly wounded in the encounter.