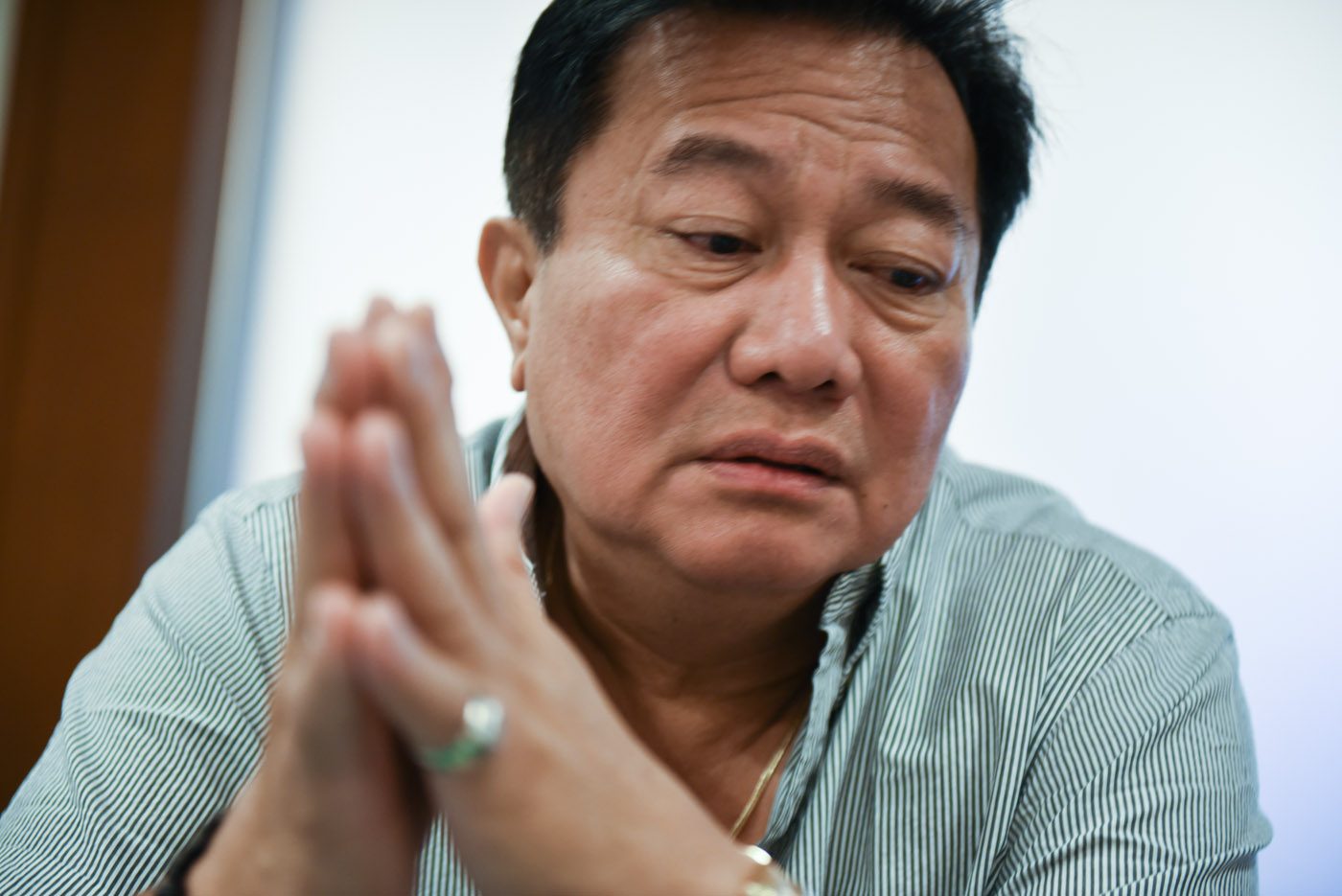 MANILA, Philippines – Speaker Pantaleon Alvarez believes asking witness Ronnie Dayan about his love affair with Senator Leila de Lima was necessary, but he also apologized for congressmen’s “inappropriate” questions to Dayan during the House probe into the drug trade inside the New Bilibid Prison (NBP).

(Those questions on the relationship were needed. Why? Here is a woman pretending to be clean, pretending to be a crime buster, a graft buster, a self-proclaimed righteous individual. We need to show the people what kind of person she is.)

But he acknowledged that several members of the House justice committee crossed the line when they pried into the 7-year relationship of De Lima and Dayan, her former security aide accused of being her bagman for drug money. (READ: A can of contradictions in Ronnie Dayan’s testimony)

“Save for those few questions na I have to apologize…. ‘Di ko maalala basta ‘yung sa tingin ‘nyo na ‘di maganda, ‘di mag-apologize na ko (I can’t remember them all but whatever you think was inappropriate, I apologize for them),” said Alvarez.

Members of the House justice panel were criticized by senators and netizens for asking misogynistic and sexually laden questions to Dayan, which were followed by laughter during the hearing on November 24. (READ: ‘Kailan kayo nag-climax?’: Nonsense questions at the Bilibid drugs hearing)

According to Alvarez, congressmen are only humans who cannot always control how they act.

(Regarding their behavior, congressmen are also human. They can get carried away. Sometimes, they end up laughing, right? Like when they are joking. But yes, I apologize, sincerely.)

Still, Alvarez also called out the critics for only focusing on De Lima’s side of the story. The embattled senator had refused to participate in the probe and tagged it as a “spectacle” full of lies designed by President Rodrigo Duterte and his allies to destroy her name.

According to Alvarez, Dayan and his wife Norly are the real “aggrieved” parties in the controversy surrounding Dayan’s affair with De Lima. (READ: House mulls arrest warrant, disbarment cases vs De Lima)

Alvarez also accused De Lima of “sexual harassment” for using Dayan, her subordinate, to supposedly collect millions of drug money for her.

Meanwhile, 1-Ang Edukasyon Representative Salvador Belaro Jr, who was among the lawmakers who faced criticism for the type of questions he asked, said Rappler should be investigated because his words were “taken out of context.”

He called it “unfortunate” that Rappler supposedly “slanted its presentation” to make it appear that the lawmakers “encourage sexism, disrespect for women, and display the most callous manifestation of gender insensitivity.”