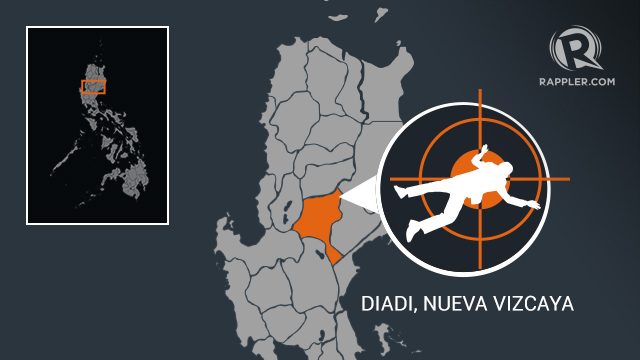 CAGAYAN, Philippines – A police officer allegedly shot dead a lawyer – the husband of a fellow cop – in Diadi, Nueva Vizcaya, on Thursday, December 1.

Cabang said the victim’s wife and the suspect are both assigned in Diadi.
Police are said they are looking into leads in the case. – Rappler.com