FULL TEXT: ‘I will not allow the Vice Presidency to be stolen’ – Robredo

Dec 4, 2016 7:30 PM PHT
Rappler.com
Facebook Twitter Copy URL
Copied
'I will not allow the will of the people to be thwarted. I will continue to serve the Filipino family and fulfill their dream for a better life,' says Vice President Leni Robredo, who is resigning as HUDCC chairperson 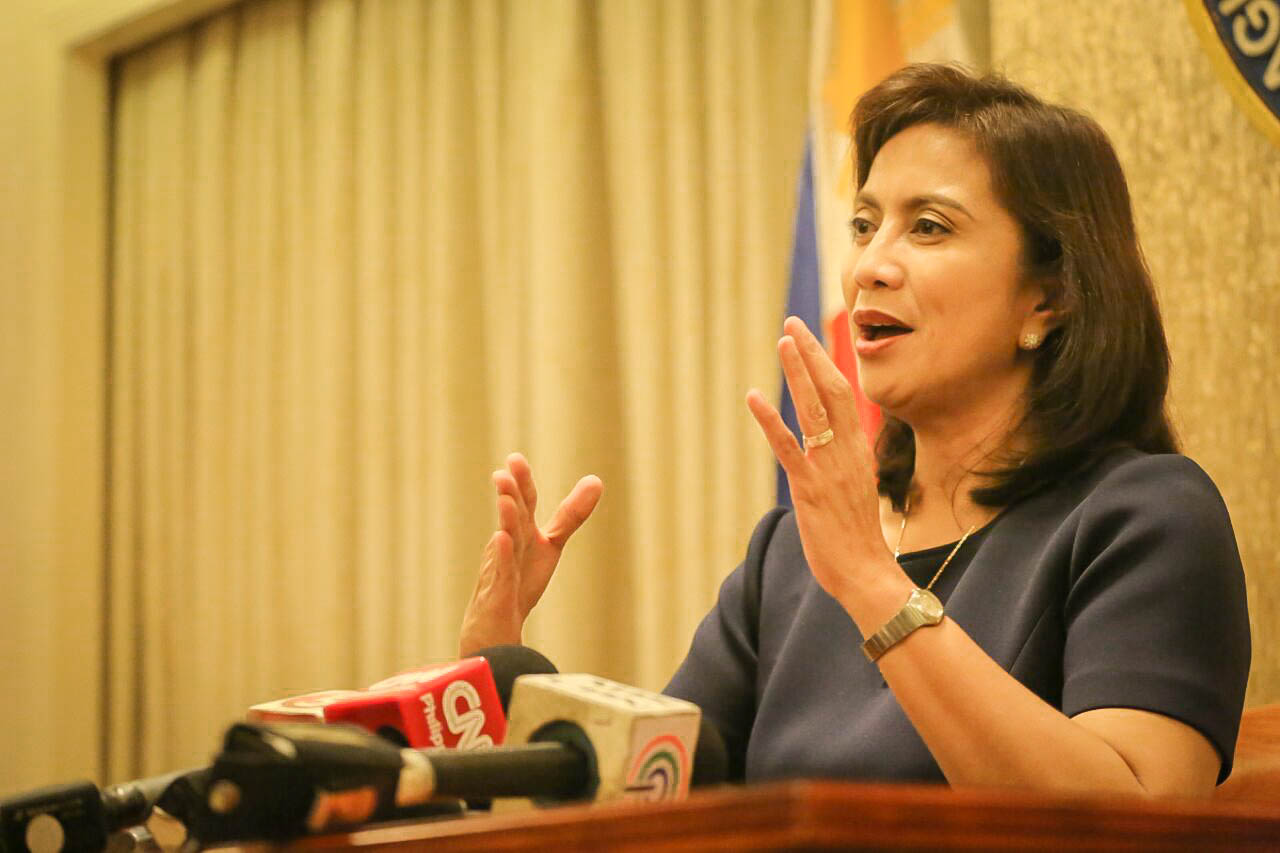 MANILA, Philippines – Vice President Leni Robredo announced on Sunday, December 4, that she is set to resign as chairperson of the Housing and Urban Development Coordinating Council (HUDCC) on Monday, December 5.

Robredo cited Duterte’s order for her to stop attending Cabinet meetings and the executive branch’s apparent lack of support for housing initiatives.

She also vowed to fight an alleged plot to oust her – a plot that she said “is now being set into motion.”

Below is Robredo’s full statement.

We had hoped this day would not come.

I had been warned of a plot to steal the Vice Presidency. I have chosen to ignore this and focus on the job at hand. But the events of recent days indicate that this plot is now being set into motion.

From the very beginning, the President and I had major differences in principles and values. Since I assumed office, I have been consistent in my opposition to issues such as the burial of former President Ferdinand Marcos in the Libingan ng mga Bayani, extra-judicial killings, reinstating death penalty, lowering the age of criminal liability, and sexual attacks against women.

But we both had a mandate to serve the people. I had hoped that this shared commitment to the poor and marginalized would transcend the differences between us. So, I took the job of Housing Secretary when it was offered to me.

In barely five months, we have solid accomplishments in HUDCC. This, despite the obstacles thrown our way, which are:

One, the budget for all key shelter agencies in 2017 has been slashed by more than P19 billion. Two, all our key shelter agency appointment recommendations have not been acted on. Three, the Executive Order designed to make HUDCC effective was not signed.

Then, we received a text message last Saturday from Cabinet Secretary Jun Evasco, Jr., relaying the President’s instruction through Bong Go for me “to desist from attending all Cabinet meetings starting this Monday, December 5.”

This is the last straw, because it makes it impossible for me to perform my duties. Hence, I am tendering my resignation from the Cabinet on Monday, December 5, 2016. With this resignation, you can expect that I will continue to support the positive initiatives of this administration and oppose those that are inimical to the people’s interest.