CHED’s Licuanan was asked to resign in August – Palace 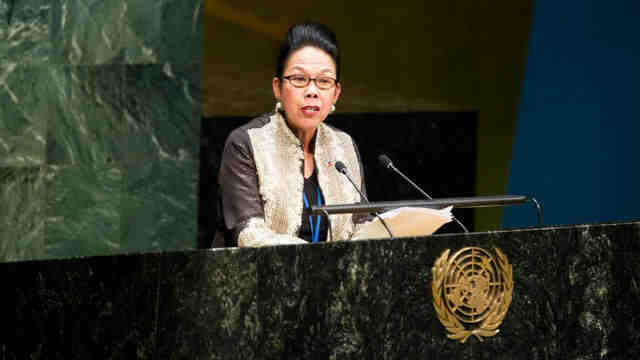 MANILA, Philippines – Before Commission on Higher Education (CHED) chairperson Patricia Licuanan was barred from attending Cabinet meetings over the weekend, she was asked to resign back in August, Malacañang said Tuesday, December 6.

“On August 22, a memorandum circular was given. It was asking for the courtesy resignation of presidential appointees… But when I checked with the Office of the Executive Secretary, apparently there was no letter submitted from the [chairperson],” said Abella during a press conference Tuesday.

The memorandum circular asked presidential appointees to tender their “unqualified courtesy resignations” within 7 days in view of “the president’s desire to rid the bureaucracy of corruption and to give him a free hand in achieving this objective.”

Abella said the order applied to Licuanan as well even though she is a fixed-term official. Reappointed in 2014 by Aquino, Licuanan is supposed to serve until 2018.

But if she was expected to resign in August yet continued to attend Cabinet meetings, why did it take Duterte 4 months to issue a desist order?

“I suppose it implies that the President is somehow a gentleman,” replied Abella.

Licuanan so far does not intend to resign, unlike Vice President Leni Robredo who let go of her Cabinet position right after being told she could no longer attend Cabinet meetings.

Abella downplayed fears that Licuanan’s absence from Cabinet meetings would affect the effectivity of CHED.

“The process continues, the commission will be supported,” said the spokesman. – Rappler.com