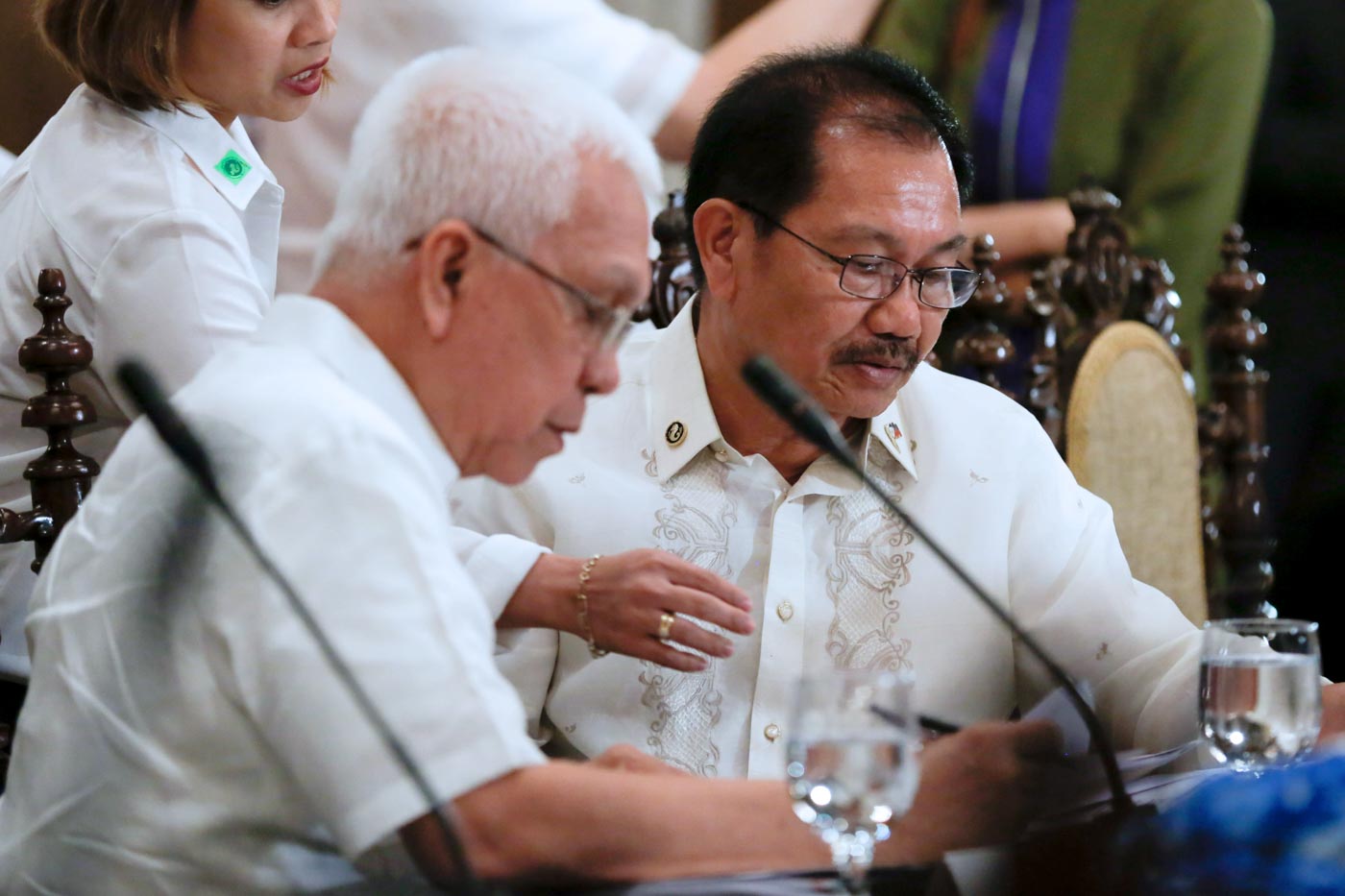 MANILA, Philippines – President Rodrigo Duterte has further strengthened the Office of the Cabinet Secretary (OCS) through Executive Order No 9, released by the Palace on Tuesday, December 6.

The EO is designed to “enhance the capability of the OCS” by creating two agencies under it: the Office of Participatory Governance (OPG) and Strategic Action and Response (STAR) Office.

The OPG is supposed to “promote active citizenship” by directly engaging different sectors and stakeholders in governance through programs and projects that facilitate citizen empowerment.

The STAR Office is meant to ensure government agencies respond quickly to public concerns and complaints.

The Presidential Action Center, which the EO renamed Presidential Complaint Center (PCC), will be housed in the STAR Office.

Aside from the PCC, the STAR Office will also supervise the Quick Response Center (QRC).

The EO describes the QRC as “the President’s direct arm in coordinating with all concerned agencies to immediately respond to critical incidents, crises, or disasters.”

This alphabet soup of new agencies under the office of Cabinet Secretary Leoncio Evasco Jr basically allows Duterte to be more hands-on in dealing with citizen complaints.

In almost every speech, Duterte mentions his determination to crack down on corruption and his appeal to citizens to help him do this by reporting incidents of government corruption.

To encourage this, he has created the 8888 Citizen Complaint Hotline. He also wants a daily television program where citizens can air their grievances on government officials or agencies.

EO No. 9 is the second presidential order that strengthens Evasco’s office. Evasco is one of Duterte’s most trusted advisers.

He helmed Duterte’s 2016 presidential campaign as campaign manager and served for many years as chief of staff when Duterte was Davao City mayor. – Rappler.com