Dec 6, 2016 5:09 PM PHT
Rappler.com
Facebook Twitter Copy URL
Copied
The National Bureau of Investigation recommends criminal charges against 24 members of the team involved in the raid on the jail cell of the late Albuera mayor Rolando Espinosa Sr, as well as the team's informant 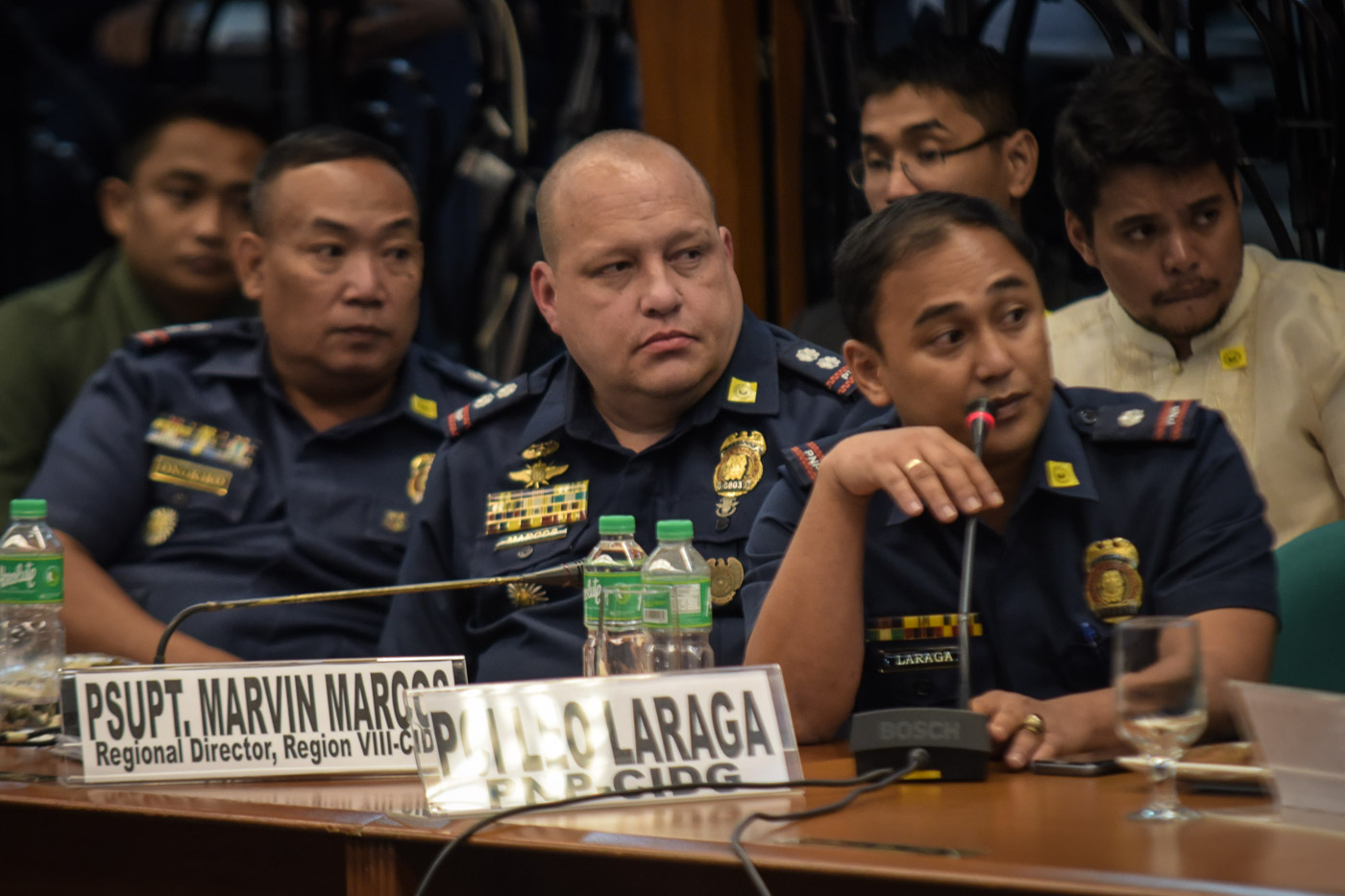 MANILA, Philippines – The National Bureau of Investigation (NBI) has recommended multiple murder and perjury charges against members of the police team in the operation that led to the death of Albuera Mayor Rolando Espinosa Sr and another inmate in a Leyte jail on November 5.

One of the 24 recommended to be charged is police Superintendent Marvin Marcos, who was ordered reinstated by President Rodrigo Duterte weeks before he led the raid that killed Espinosa. (READ: Duterte: No need to explain order to retain Marcos)

The NBI said in a press statement on Tuesday, December 6, that it has submitted its findings to Justice Secretary Vitaliano Aguirre II, deeming the death of Espinosa as a “rubout” and not a shootout, as claimed by the police raiding team.

“After conducting an exhaustive investigation of the incidents surrounding the killing of Mayor Espinosa and Yap, the NBI concluded that the testimonies of several witnesses had disputed the claim of alleged shootout between the CIDG Operatives and Inmates Mayor Espinosa and Raul Yap but a ‘rubout,’” it said in the statement.

Aside from the Criminal Investigation and Detection Group (CIDG)-Region 8 team and Regional Maritime Unit members that joined the operation, the NBI also recommended perjury charges against the group’s informant, Paul Olendan, whose affidavit was the basis of a search warrant against Espinosa.

“From the pieces of evidence, the NBI concluded, it is patently clear that the acts of the CIDG operatives showed a community of purpose or an implied conspiracy. There was unison in their purpose and action, signifying they were all moved by a single criminal intent,” it said.

“Furthermore, the NBI stressed, there is no indication that the police operatives who participated in the killing had desisted or those who acted as lookouts had prevented the raiding team from shooting the victims,” it added.

The NBI said that based on its investigation, the Baybay City jail where Espinosa was detained had undergone a “thorough search” on October 5 – or less than a week before the CIDG 8 team served a search warrant on Espinosa – to rid the facility of contraband.

“The same effort, however, yielded nothing but a few items like cellular phones. It was, therefore, impossible for Espinosa and Yap to possess these firearms and illegal drugs inside their respective cells on the night of the supposed implementation of the search warrants,” the NBI said.

CIDG 8 operatives recommended for multiple murder charges are the following:

The Regional Maritime Unit members recommended for the same charges are:

The NBI also recommended charges against Laraga, Abellanosa, and Olendan for the “maliciously obtained” search warrant against Espinosa, since the informant who executed the affidavit was “perjured.”

The NBI said that based on its investigation, Olendan’s claim that he went to the Leyte Sub-Provincial Jail to visit inmate Raul Yap on October 28, 2016, was not true, as witnesses stated that Olendan was at the Leyte National High School, where he works as a utility personnel, that day.

Marcos, who headed the CIDG 8 during the operation, earlier claimed that according to the “volunteer” informant, he “transacted” with Yap on October 28, and that Yap was an underling of Espinosa in dealing drugs in the jail facility.

Kerwin Espinosa, alleged Eastern Visayas drug lord, had claimed at the Senate inquiry that Marcos solicited P3 million from him to fund the mayoral bid of the police officer’s wife in May 2016. – Rappler.com