Del Rosario assumes the post at a time when Philippine President Rodrigo Duterte seeks warmer relations with China, the military superpower that has aggressively claimed almost all of the South China Sea.

Upon Duterte’s orders, the military has reduced war games with the US, the treaty ally that has assisted the Philippines in countering China’s activities in the West Philippine Sea. 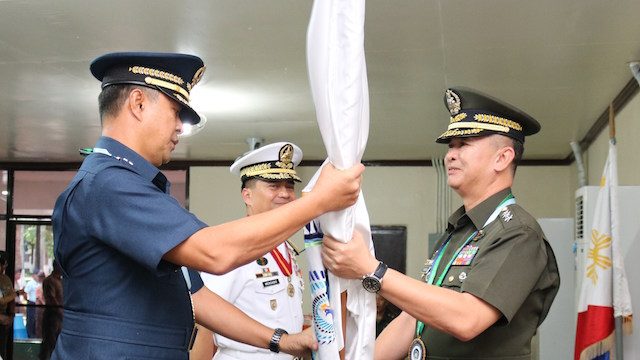 Del Rosario was pulled out as commanding general of the Central Command (Centcom) – responsible for the Visayas region – after serving only 4 months there. Army Major General Oscar Lactao was appointed to take his place in Centcom. They were classmates in the Philippine Military Academy Class (PMA) of 1984.

It is a return to the area for Del Rosario, who was the fighter pilot who discovered in 1994 China’s invasion of the previously Philippine-controlled Mischief Reef, one of the maritime features in the Spratlys. An international tribunal recently ruled that the reef, already turned into an artificial island by China, is part of the Philippines’ exclusive economic zone. (READ: Highlights of ruling: China violated Philippine sovereign rights)

Del Rosario was back then doing his regular patrol over the disputed waters, flying one of the now-retired US-made F-5 fighter jets of the Philippine Air Force.

The Philippine Air Force has only recently reacquired its fighter jet capability. Four of the 12 FA-50 fighter jets from South Korea have arrived in the Philippines, but have yet to be deployed pending the training of the pilots. (READ: Air Force a joke no more, gets fighter jets)

They are expected to be deployed to the West Philippine Sea, which will put them under Del Rosario’s command.

Reshuffle in the military 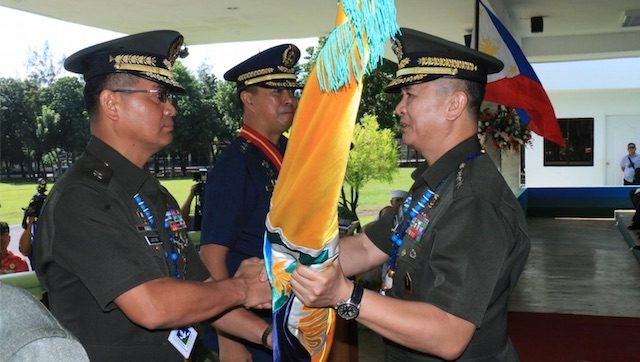 The appointment of Del Rosario and Lactao are two of the key reshuffles that the Armed Forces of the Philippines (AFP) made the past week.

Del Rosario also served in the AFP headquarters as Deputy Chief of Staff for Plans and then commander of the 1st Air Division before he was appointed to lead Centcom.

Lactao served as AFP Inspector General before his appointment to Centcom. He also previously served as Deputy Chief of Staff for Operations and later commander of the 4th Infantry Division. – Rappler.com