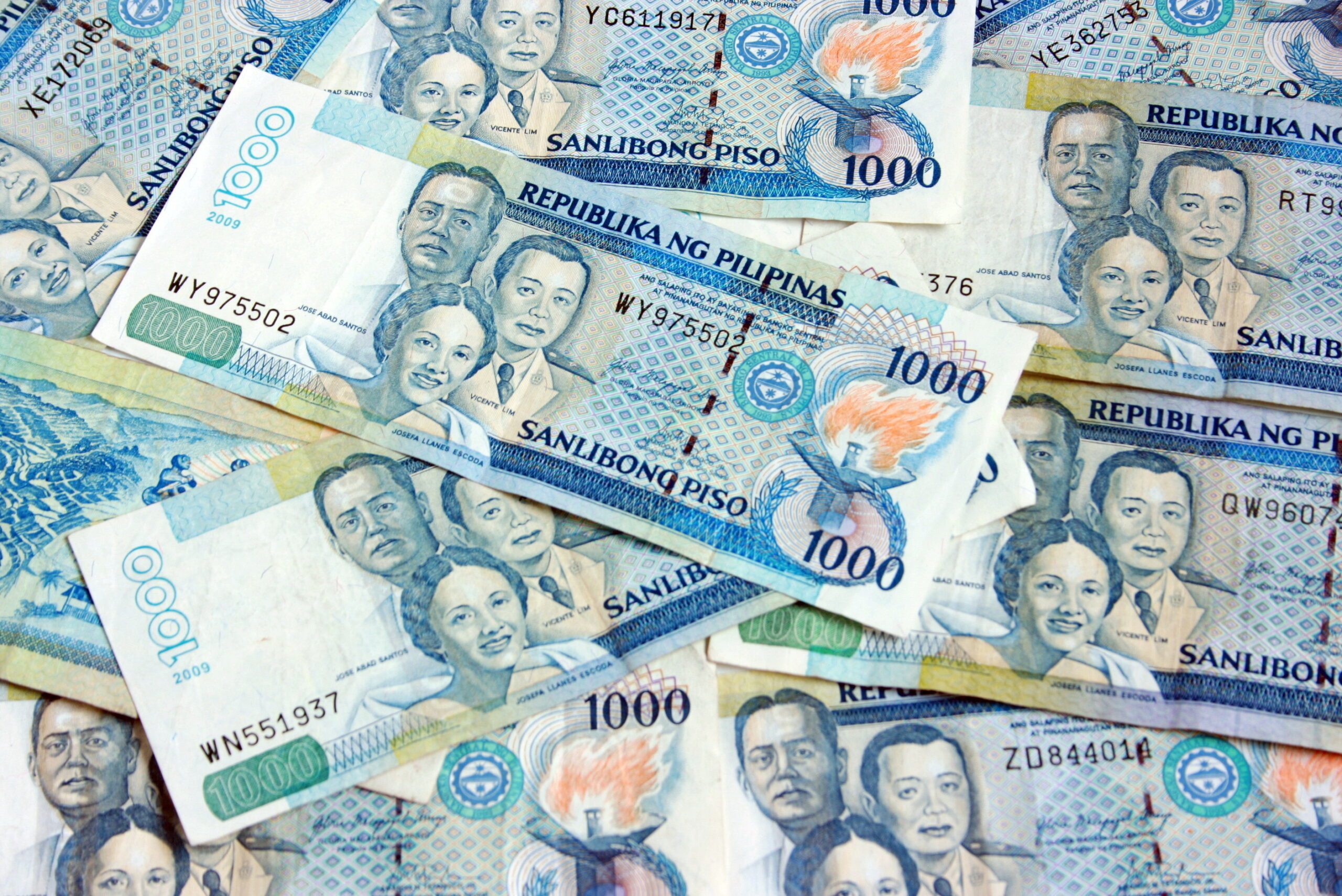 MANILA, Philippines – Two immigration officials denied that they extorted P50 million from gaming tycoon Jack Lam to free nearly half of the 1,300 illegal Chinese workers who were arrested at his Pampanga casino.

In a news conference on Tuesday, December 13, Deputy Immigration Commissioners Al Argosino and Michael Robles accused Lam of attempting to bribe them through an emissary, retired general Wally Sombero.

They presented P30 million in cash at a news conference, allegedly part of the P48-million bribe handed to them on behalf of Lam. (READ: Macau’s top gambling tycoon: Who is Jack Lam?)

The two alleged that they accepted the money from Sombero as part of an “investigation.”

“We took the money as evidence of corruption,” said Argosino. But instead, he claimed, they were “framed up.

He said the bundled money presented at the press conference was the “only living evidence” the government had against Lam’s illegal activities.

“Kami ni Deputy Commissioner Robles ang nakadiskubre ng (discovered) the only living evidence against Jack Lam, that there is payoff in the Bureau of Immigration, that this payoff continues inside the Bureau of Immigration, and we will never be intrumental to any attempts that would prevent the Duterte administration from pursuing the reforms thar the Duterte administration would like to happen,” Argosino said.

“We may be new as public officers but…our integrity is intact,” he added.

The two immigration officials said the case is a continuing investigation on the employment of the illegal Chinese workers and the alleged illegal online gambling operation, and also on how the Fontana operation thrived through various administrations through pay-offs.

“The on-going investigation could have been concluded earlier than today,” the two officials said.

However, they said they opted to continue with the investigation for a couple of  Calima informed them of the audio recordings in his laptop of the November  27 meeting with Sombero.

The two alleged that Calima was disappointed over his exclusion from the negotiation with Sombero, and demanded money from them to be given to Inquirer columnist Ramon Tulfo and Sombero.

“We decided to give in to Calima’s request of P18 million,” Robles said.

In an interview with reporters on Tuesday, Justice Secretary Vitaliano Aguirre II said he had  recommended to the President the “immediate relief” of the two BI officials.

His decision is based on a CCTV footage showing Argosino and Robles accepting money from Sombero.

Aguirre said, however, that he would have to refrain from further issuing statements on the case, following the complaint filed with the DOJ. “I don’t want to make prejudgment,” he said.

Aguirre said he learned about the alleged extortion case from Sombero  even before Tulfo made the allegation against the two commissioners in his Philippine Daily Inquirer column on Saturday.

The two officials, both on leave of absence, faced the media a day after Immigration Commissioner Jaime Morante gave them 24 hours to respond to the allegation.

Responding to questions, Aguirre said he endorsed the appointment of Argosino to the President. He said Argosino and Robles were his friends from the campaign.

Asked how he felt when he learned of the alleged extortion, the justice chief said, “You felt betrayed.You felt that they were not following the order of the President to go after corruption.” (READ: DOJ chief feels ‘betrayed’ by frat brothers at BI)

When it announced the release of 592 of the 1,300 Chinese workers of the Fontana Leisure Parks and Casino, pending deportation cases against them on December 6, the BI said its board commissioners had “found that there are no indications that the 592 are a threat to public safety and their temporary liberty is consistent with BI’s objective of decongesting the temporary detention facility.”

Since President Rodrigo Duterte ordered the arrest of Lam for “bribery and economic sabotage,” the  temporarily shut down the gaming area at the Fontana Leisure Parks and Casino in Clark Freeport in Angeles City, operated by Lam’s Jimei Group.

Duterte, however, said he was open to allowing Lam to return to the country after the latter sent feelers that he wanted to come back, taking “pity” on the 6,000 people who would lose their jobs at Fontana.

The President had set several conditions for the gaming tycoon to resume his casino operations in Clark Freeport, among them, voiding an old contract inked under the first Aquino administration which granted him a concessional tax rates much lower than other locators.

Duterte had also said that Lam should “stop bribing” government officials, an allegation that the Chinese businessman had denied. – Rappler.com