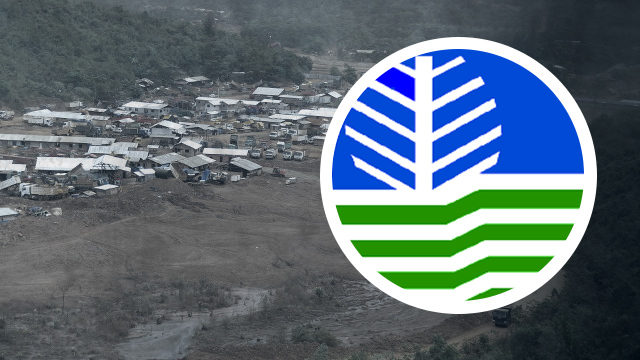 MANILA, Philippines – The Department of Environment and Natural Resources (DENR) announced on Thursday, December 15, it is cancelling the environmental compliance certificates (ECCs) of at least 7 housing and mining projects in the country.

First on the list is Century Communities’ housing development project in the La Mesa Watershed.

According to Environment Undersecretary for Legal Affairs Maria Paz Luna, Century Communities has not fulfilled two conditions: conducting a hydrologic study, and securing a tree-cutting permit from the DENR.

“The DENR is constrained from giving them a tree-cutting permit because of the proclamation by the President in 2007 that this is already a critical watershed in a protected area. Hence, we cannot give that condition, hence there is a condition that is impossible to fulfill, rendering their ECC ineffectual,” she told reporters on Thursday.

They are withdrawing the project’s ECC, Luna said, because there is no sense in keeping the certificate valid as a “planning tool”.

The ECCs of at least 5 mining projects were also cancelled:

Environment Secretary Gina Lopez said Austral-Asia Link Mining Corporation is located in between two heritage sites in Davao Oriental: a bonsai forest, and a cove. It is also close to the habitat of the Philippine eagle.

“We have sent our people there to do a biodiversity assessment and the clear conclusion is that the place has tremendous biodiversity, which means it has the resources which, if explored and nurtured, can actually transform the whole area into an economic zone,” Lopez said.

She said communities there are “very, very unhappy” about the mining that is happening in the area. In addition, the company has not submitted documentary requirements that the DENR needed.

“But there are also severe biodiversity considerations that constrained us to say that this is really not going to work,” Luna explained.

Meanwhile, the ECCs for the Ipilan Nickel Project, and Lebach Mining Corporation’s Nickel Deposit Mining Project were cancelled since their certificates have lapsed already.

The environment department has denied the ECC application of Egerton Gold Philippines in Lobo, Batangas.

Those who oppose the proposed gold mine fear that the project may endanger the “center of the center of global shorefish biodiversity” – the Verde Island Passage.

“Having a gold mine there is out of question. It’s incompatible. In our note to the company, it says that the operation is incompatible with the biodiversity conservation status of the Verde Island Passage, which is the global center of marine biodiversity,” Lopez said.

Luna said handling a mine of up to almost 300 hectares would be incompatible for a small town like Lobo, and with the biodiversity conservation status of Verde Island Passage.

Aside from cancelling ECCs and denying applications for such, the DENR has also issued show-cause orders to 12 firms concerning their ECCs:

Lopez on Thursday singled out Benguet Mining Corporation. The secretary said they issued the show-cause order to the company for two reasons: they did not rehabilitate an open-pit mine for 25 years, and their negligence led to a toxic spill that affected a 1.8-km river in the area.

“In the law, it says if you have a pathetic environmental track record, your track record shows negligence, not following the law, and it’s documented, and there’s evidence, you can, in fact, by law be declared ineligible to mine,” she explained.

The 12 firms have 7 days to explain why their ECCs should not be cancelled, and why they should not be imposed with a fine for failure to meet the conditions in their ECCs. – Rappler.com