Dec 17, 2016 11:12 AM PHT
Carmela Fonbuena
Facebook Twitter Copy URL
Copied
Philippine Defense Secretary Delfin Lorenza says the security cluster has yet to discuss how the Philippines will react to the incident between the US and China that happened within its exclusive economic zone 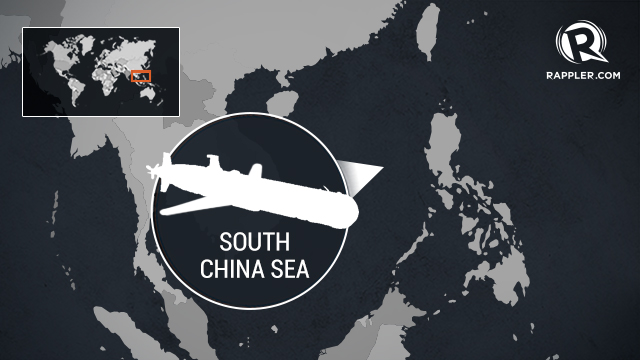 MANILA, Philippines (Updated) – The Philippines was not aware that the US Navy was operating an unmanned underwater vehicle (UUV) off the coast of Subic Bay until after it was seized by China on Friday, December 16.

“No, we were not (aware). Our embassy in DC was informed after the UUV was seized and was not returned by the Chinese,” Lorenzana told Rappler in a text message. (READ: China seizes US naval underwater probe in South China Sea)

China’s action is feared to heighten tension between the two military superpowers in the disputed seas especially after reports that China has installed more weapons on reefs it illegally reclaimed. (READ: China boosts defenses on South China Sea islets)

Lorenzana said the security cluster has yet to discuss how the Philippines will react to the incident between US and China that happened inside its exclusive economic zone.

US wants its underwater drone back

The US is calling on China to immediately return the underwater drone, an unclassified “ocean glider” that gathers military oceanographic data such as salinity, water temperature, and sound speed.

According to the Pentagon, the Chinese Dalang-III class submarine rescue vessel launched a small boat that seized the UUV just as US Navy ship USNS Bowditch was attempting to retrieve it off Subic Bay. The US Navy successfully retrieved a second UUV. 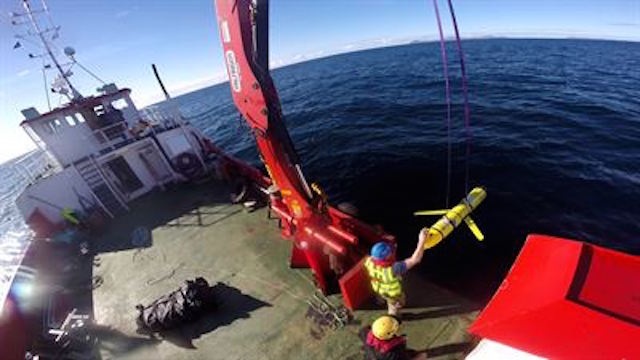 The US Navy sent radio messages to demand the return of the underwater drone but the Chinese Navy ignored the calls.

“The UUV is a sovereign immune vessel of the United States. We call upon China to return our UUV immediately and to comply with all of its obligations under international law,” said Pentagon Press Secretary Peter Cook.

Once the site of a large US naval base, Subic Bay in Zambales province continues to host US naval ships under the Visiting Forces Agreement (VFA).

Zambales is also the land mass nearest to Panatag (Scarborough) Shoal, the reef that was practically occupied by the Chinese Coast Guard after a 2012 standoff with the Philippine Navy there.

A number of US target drones have been found floating in the area in recent years, too.

The administration of President Benigno Aquino III had counted on the US, the country’s oldest and most powerful ally, to help defend its maritime territories against China’s aggressiveness. Talks between the Philippine and US militaries back then aimed to allow Americans to build facilities again in the former US naval base.

The US’ primary concern is to maintain freedom of navigation in the South China Sea, a multibillion dollar trade route where its cargoes pass through.

Cooperation plans between the Philippines and US changed under the new administration of President Rodrigo Duterte, who has been vocal in his dislike for the US and has declared he wants warmer ties with China.

Duterte had said he wants to scrap both the VFA and EDCA. EDCA is an executive agreement that Duterte may choose to scrap after notifying the US. But VFA is a treaty that only the Senate may scrap.

A possible game changer is the victory of US President-elect Donald Trump who, unlike President Barack Obama, complimented Duterte on his controversial war on drugs. (READ: Duterte wants VFA scrapped but will ‘wait’ for Trump)