MANILA, Philippines – The country’s most prominent businessmen and business groups flocked to Malacañang Palace on Monday, December 19, for the benefit of a small, embattled province in the southern Philippines: Sulu.

The guest speaker for the event was none other than President Rodrigo Duterte who, according to Agriculture Secretary Manny Piñol, kickstarted the Save Sulu project by ordering Piñol to visit Sulu last September and see what could be done to help improve the lives of farmers and fishermen there. Piñol quickly got in touch with Trade Secretary Ramon Lopez and Presidential Adviser on Entrepreneurship Joey Concepcion who thought of promoting entrepreneurship and linking Sulu farmers and fishermen to big businesses.

Aside from the commitments above, trade chief Lopez said the government wants to partner with top retailers to help Sulu farmers and fishermen earn more income.

His department has asked big companies like SM, Robinsons, Adobo Dragon Group, Rustan’s Group, and Puregold “to allocate a specific space in their malls for free” to make products of small Sulu agri-entrepreneurs, farmers, and fishermen accessible to more buyers, said Lopez. 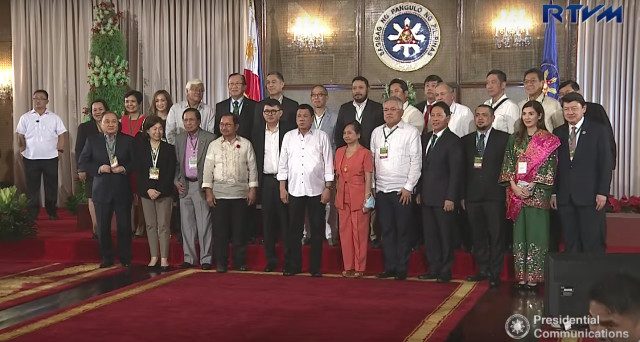 These “GO Local” stores are intended to “provide a sustainable market for the agri sector, especially for our poor farmers,” he added.

Duterte is also giving direct assistance to the initiative with his contribution of P1 billion from the Office of the President’s budget to be used for loans for micro and small entrepreneurs.

P50 million of this will be just for Sulu projects and entrepreneurs.

Agriculture chief Piñol, meanwhile, said his department is giving tractors and farming implements to farmers for free and providing them with training.

Former Sulu governor Abdusakur Mihail Tan thanked the government and private sector for their help for his province, a group of islands unfortunately more famous for being a stronghold of terrorists and kidnap-for-ransom groups than for its rich natural resources and beauty.

Tan said he regrets the 67% poverty incidence rate in Sulu which is way above the national average of 21%.

While military forces continue their offensive against the Abu Sayyaf in Sulu, Tan said the violence will continue if poverty is not addressed. (READ: Time to stop kidnap-for-ransom in Sulu)

“We need education. Even the criminals would like to see their children have medical attention, to have livelihood, to have homes, to have roofs over their heads, to have food on their tables. So we have been saying that war alone can never solve the problem. We need to address poverty,” said Tan.

FFCCCII president Angel Yu agreed that Sulu has “so much potential” for business and tourism but that the security situation has “hindered” its growth. (READ: Risk and relaxation: What it’s like to tour Sulu)

Duterte, in his speech, repeated his firm belief that “no progress or development can come to a country if there is no law and order.”

Will the Duterte administration bring peace and prosperity to Sulu?

Sulu residents pinned their hopes on the Mindanaoan President during the last elections when he won 80% of their votes. – Rappler.com