Someone named Sammy Uy came to the Duterte-Abe summit

Dec 21, 2016 11:58 AM PHT
Rappler.com
Facebook Twitter Copy URL
Copied
Foreign Secretary Perfecto Yasay wasn't there. Instead, it was a friend of Duterte and donor to his campaign who was present. 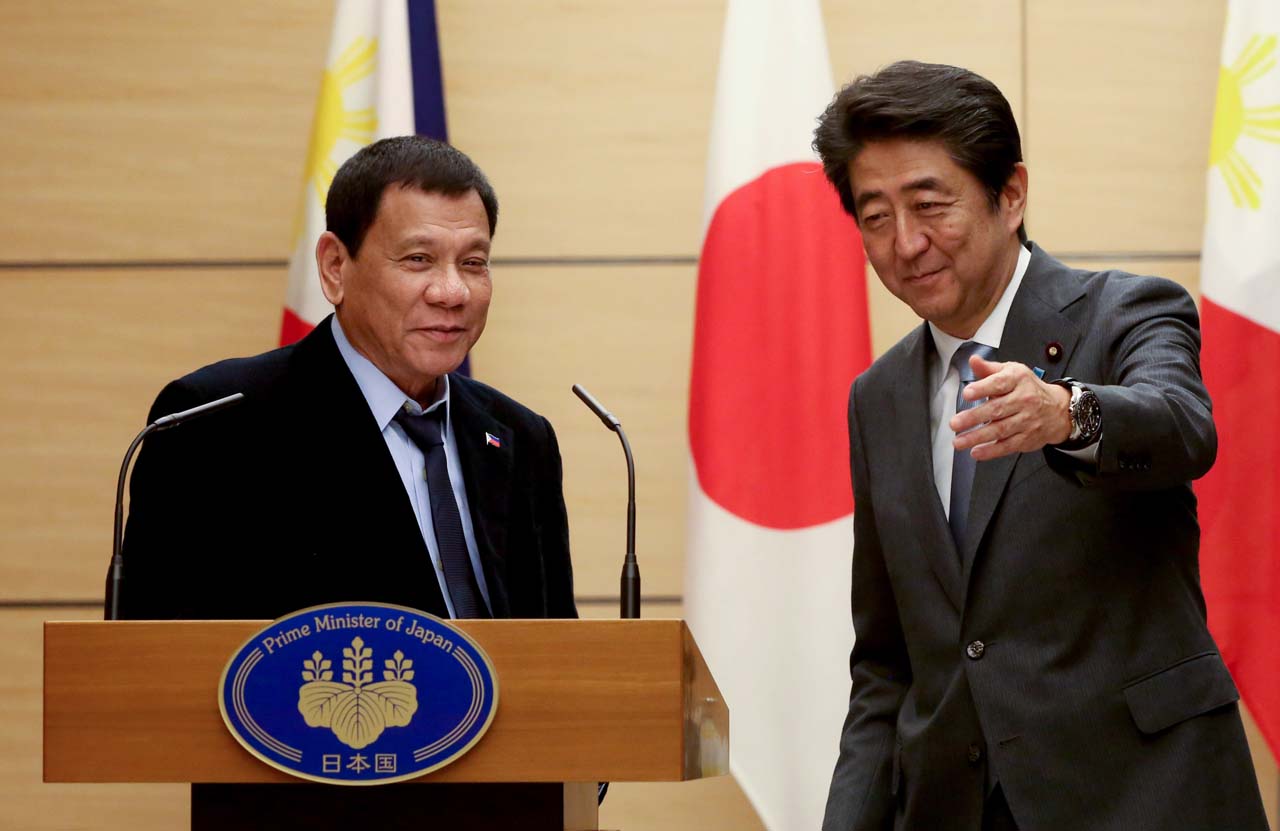 Something unusual happened during the meeting of Prime Minister Shinzo Abe and President Rodrigo Duterte in Tokyo in October. The two heads of state were supposed to have a “four-eyes” meeting, meaning a one-on-one, with the obligatory interpreter.

The meeting expanded to include many eyes, with Duterte bringing his aide, Bong Go, who carries the title of special assistant to the President, and Samuel “Sammy” Uy, a friend and donor to the president’s campaign. While Uy was reported to be in the president’s party during his official visit to Japan, he was not expected to be a key player. 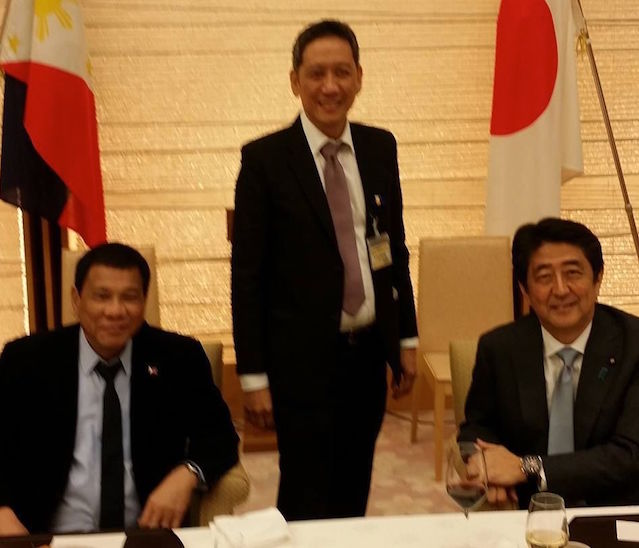 Normally, heads of states are accompanied by their foreign affairs secretaries to important meetings. But Perfecto Yasay was not invited to this one. Neither was Japan’s Foreign Minister Fumio Kushida.

How a businessman like Uy – who holds no government post and is unaccountable to the public – ended up attending the summit shows how foreign policy is being conducted these days.

A word on Uy. He is a crony of Duterte, a businessman with interests in companies that had contracts with government offices in Davao, the Philippine Center for Investigative Journalism reported.

He studied agriculture at Xavier-Ateneo de Cagayan and is from Davao City. He also went to Ateneo de Manila and Ateneo de Davao for his education, got married in 2011 and has one daughter and a son.

Uy contributed P30 million to the campaign coffers of Duterte and is associated with Davao Farms, DIMDI (Davao Import Distributors Incorporated), described as the “# 1 egg-producing farm in the whole area of Mindanao, Philippines.”

We learned from various accounts that Duterte did not just unilaterally bring in Uy to the summit. It turns out that Abe may have adjusted Japan’s way of doing diplomacy, at least with the Philippines. It was a “special advisor” to the Prime Minister, Katsuyuki Kawai, who is also a member of the House of Representatives, who arranged Uy’s participation.

Kawai, who belongs to the same party as Abe’s, the Liberal Democratic Party, was chairman of the committee on foreign affairs and a parliamentary vice-minister for foreign affairs. We gathered that he appears to be close to the Prime Minister.

He has visited the Philippines a number of times. In his official blog, the 53-year-old politician shows recent photos with Duterte, Executive Secretary Salvador Medialdea, former president Fidel Ramos, and Uy. A translation of the blog provided by a Japanese non-government source says that Kawai reported the following:

Where does this leave the Philippines’ Department of Foreign Affairs and Japan’s Ministry of Foreign Affairs? Well, diplomacy between Manila and Tokyo seems to be taking place on two tracks: the institutional and the personal. This, too, may be part of the new normal in Japan as it faces uncertainty with Donald Trump and with our own Duterte. – Marites Dañguilan Vitug/Rappler.com