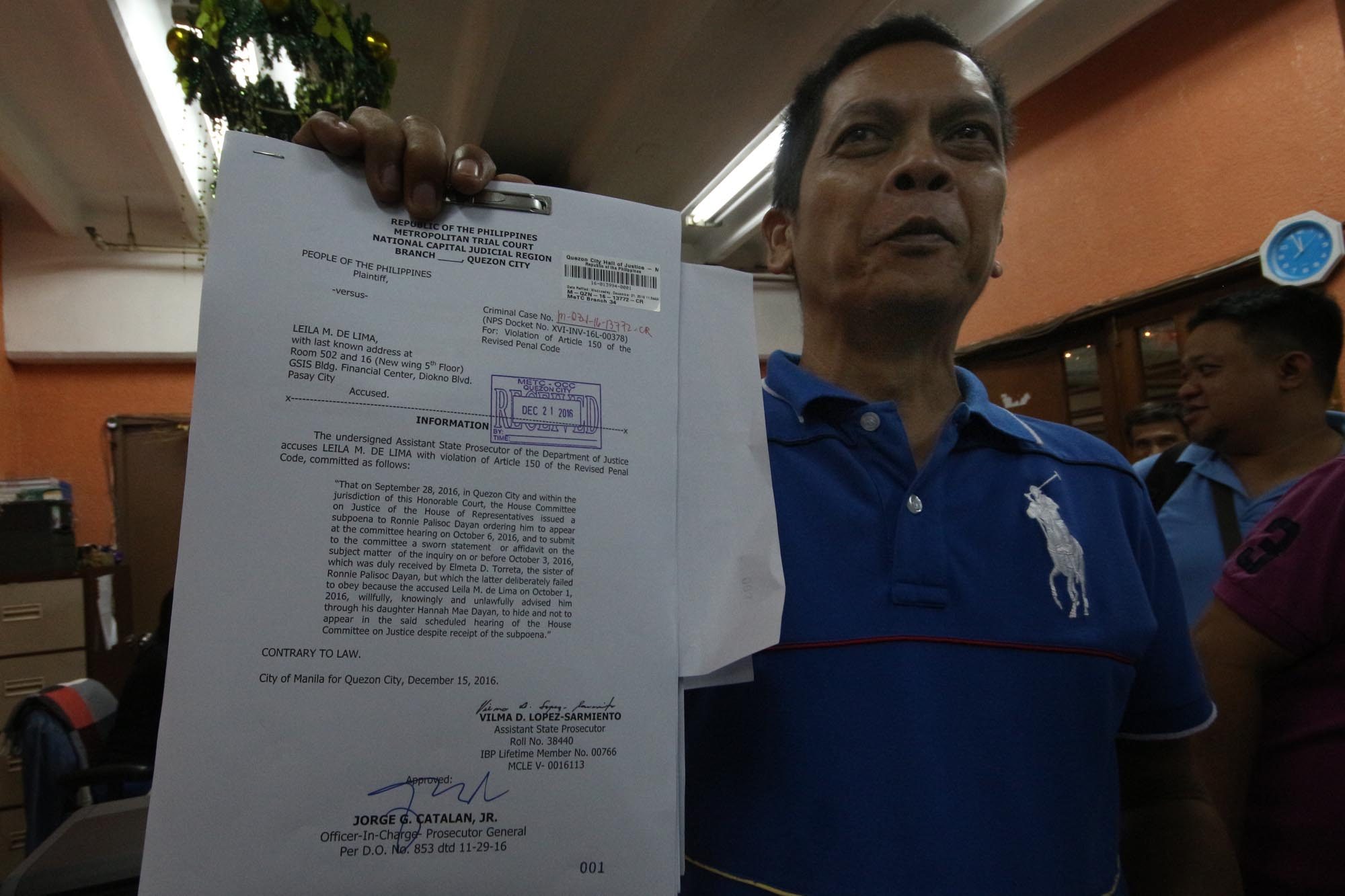 The DOJ said Dayan “deliberately failed to obey” the subpoena issued by the House of Representatives because De Lima “willfully, knowingly, and unlawfully advised him through his daughter Hannah Mae Dayan, to hide and not to appear in the said scheduled hearing of the House Committee on Justice despite receipt of the subpoena.”

In a statement on Wednesday, De Lima said that while her office received a copy of the earlier resolution of the National Prosecution Service (NPS) which stated there was probable cause to charge her, she has not yet been given a copy of the complaint.

The senator also cited erroneous news reports which said she had been charged with obstruction of justice under Presidential Decree No. 1829.

“I am in the difficult and lamentable position of standing publicly accused without even knowing what the allegations against me are,” she said.

“This rush to crucify me publicly through inaccurate press releases and statements, even before allowing me the chance to learn about the charges against me and to prepare my defense, speaks loudly and clearly of the real motivation behind the filing of this case,” added De Lima.

House Speaker Pantaleon Alvarez and House justice committee chairperson Reynaldo Umali are among the witnesses in the case.

De Lima again denounced them, saying the case was merely a bid to “save the House leadership from embarrassment for failing to link [her] to the drug trade in the New Bilibid Prison, and for shaming itself by engaging in rumor-mongering, slut-shaming and voyeurism.”

Early in December, the House leaders filed two complaints against De Lima before the DOJ and the Senate ethics committee.

In a Rappler Talk interview, Alvarez said they filed the complaint because De Lima disregarded longstanding tradition of inter-parliamentary courtesy, wherein both houses of Congress do not interfere in each other’s affairs. – Rappler.com