De Lima: Duterte will use AMLC for political persecution 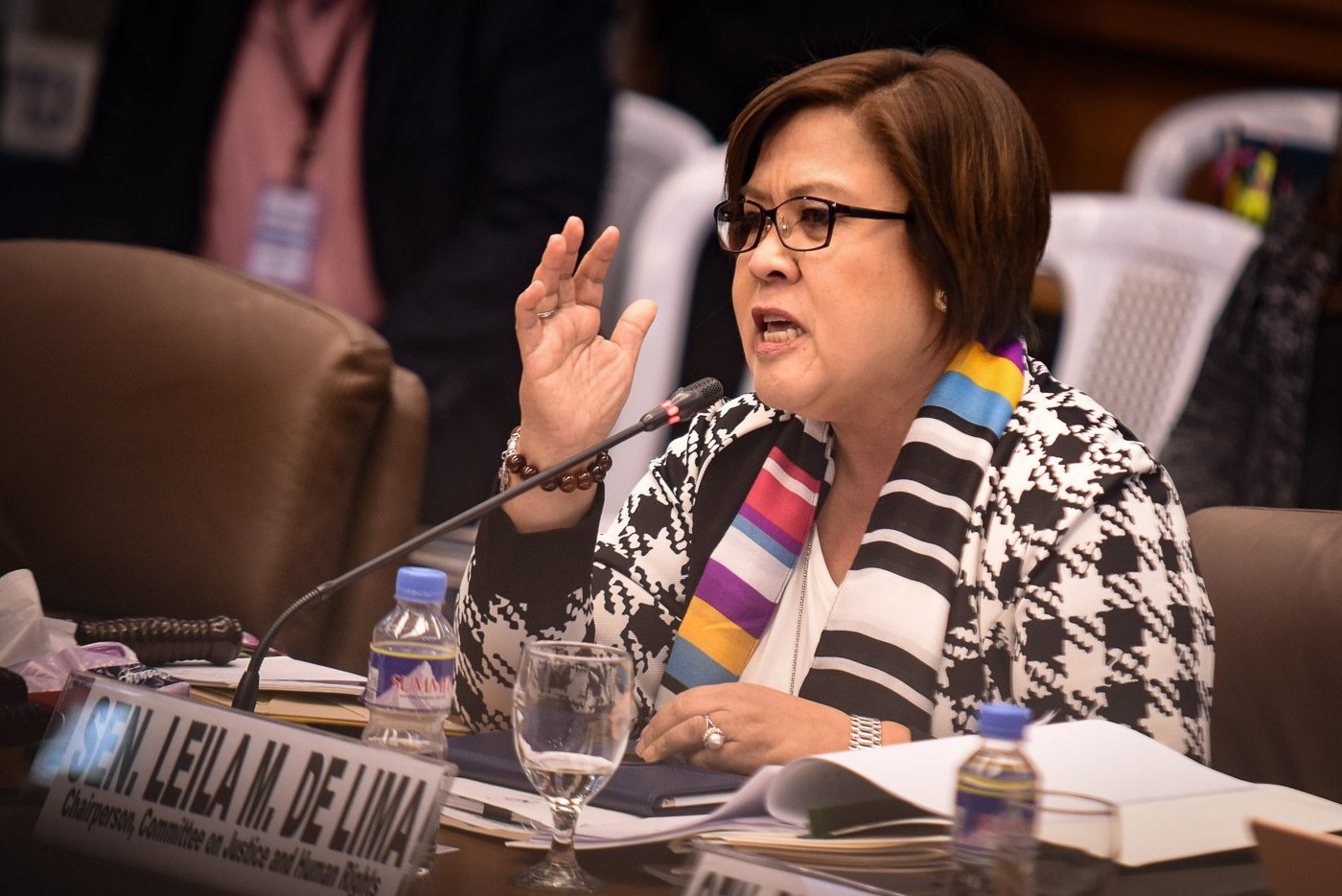 De Lima raised that AMLC will just be used by President Rodrigo Duterte in persecuting his political enemies, defending that this was not done during the term of her party mate former President Benigno Aquino III.

“The AMLC has always proven to be professional and apolitical, especially during the time of PNoy. It is actually now that it is being pressured by Duterte and his favored patrons like Congresswoman Arroyo to relinquish its apolitical nature and let itself be used as their tool for the persecution of their perceived enemies, including myself,” said de Lima.

The former justice secretary defended that the Bangko Sentral ng Pilipinas (BSP) has supervision over the AMLC because it also aims to protect the banking industry from being channels of money-laundering.

De Lima stressed that the proposal will only transform the AMLC into a “vendetta institution” like the House of Representatives, the Department of Justice (DOJ) and the National Bureau of Investigation.

The staunch Duterte critic has been the target of the House probe on the proliferation of illegal drugs in the New Bilibid Prison, while Justice Secretary Vitaliano Aguirre II has filed a criminal case against her.

‘A tool of selective justice’

Arroyo, on filing her proposed measure, said that the AMLC served “selective justice” to the foes of the previous ruling party.

“The AMLC, whose officers were appointed by the previous administration, has demonstrated the potential of being used as a tool of selective justice. In the previous administration, grossly inaccurate information on the alleged bank accounts of then presidential candidate Rodrigo Duterte and other perceived opponents of the officers’ appointing authority were leaked out,” she argued.

She said the problem is that BSP chiefs who are “career technocrats” like her own appointee Amadeo Tetangco Jr “do not have the temperament and training to supervise criminal investigations such as those conducted by the AMLC.”

Tetangco was re-appointed by Aquino. Duterte said last week that he is also eyeing to appoint the incumbent BSP governor again.

“Therefore, to insulate the BSP officials from the actuations of AMLC, especially the political ones which may be influenced by the Council officials’ loyalty to their appointing authority, the BSP should be liberated from the burden of supervising  the very rigorous demands of criminal investigation such as those performed by AMLC,” she said.

While the proposal removes the supervisory functions of the BSP over the AMLC, it maintains the BSP governor may serve as member of the council. – Rappler.com