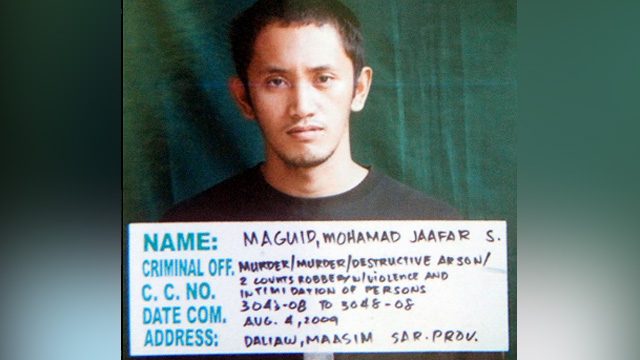 MANILA, Philippines (UPDATED) – The top leader of a local terrorist group that pledged allegiance to the Islamic State (ISIS) was killed in Sarangani in the early hours of Thursday, January 5, a major success for the country’s counter-terrorism campaign.

National Security Adviser Hermogenes Esperon Jr confirmed to Rappler the death of Mohammad Jaafar Maguid or “Tokboy” of the Ansar Khalifa Philippines (AKP), which is among the groups responsible for terrorist attacks in southern Mindanao.

“Yes. It was an inter-agency operation led by the National Intelligence Coordinating Agency (NICA) and police,” Esperon said in a text message to Rappler.

The AKP pledged allegiance to ISIS in a YouTube video in 2015 although security officials claim it has no direct links with the foreign terrorist organization. (READ: ISIS’ global ambitions and plans for Southeast Asia)

“AKP under Tokboy has a direct link to Indonesian groups, especially MIT, Mujihidin Indonesia Timur, led by an Indonesian who trained in the Philippines, Santoso,” Ressa added.

AKP is also believed to be behind threats against the November 2015 APEC Summit in Manila, which was spread by ISIS propaganda sites.

Maguid was able to escape previous operations to hunt him down. On Thursday, he and his companions were intercepted on board a red Toyota Wigo in the vicinity of Angel Beach Resort in Barangay Kitagas of Kiamba town, according to an initial report obtained by Rappler.

Maguid was reportedly killed on the spot while 3 other AKP members were arrested: Matahata Dialawe Arboleda, Ismael Sahak, and Morhaban Veloso.

Sarangani police arrested Maguid in August 2009 for charges of murder, arson, and robbery with violence. He escaped the provincial jail in March 2010. – Rappler.com