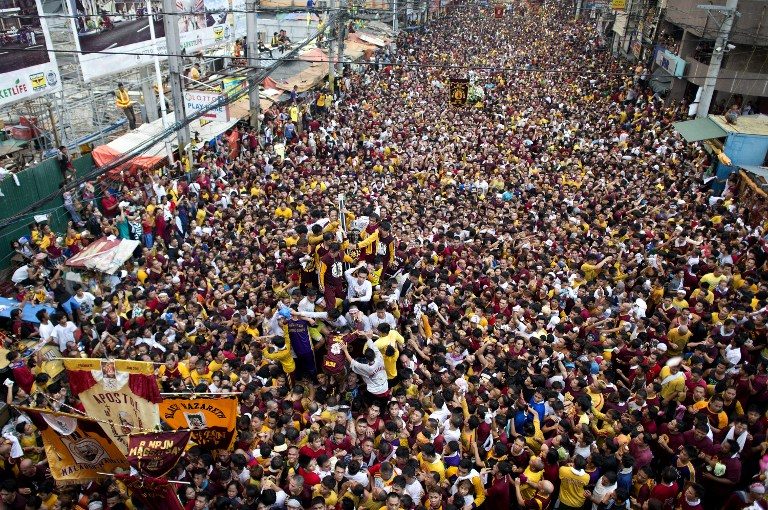 It was a day of myths and legends.

The Black Nazarene reigned in the streets of Manila once again, built on the enduring belief – myth or legend – in miracles and hope.

There’s the so-called #LeniLeaks, quickly unmasked as a myth – #fakenews.

The President minced no words as he told mayors involved in drugs: Resign or die. That’s definitely not a myth with the body count now at 6,200.

The AFP chief told the country’s Reds despite decades of hatred: Work with us. Now that’ll will go down as a legend if it ever happens.

And Donald Trump’s legendary defiance of the rules saw him appointing his son-in-law despite U.S. anti-nepotism laws.

Almost 22 hours after leaving the Quirino Grandstand, the image of the Black Nazarene reached its home, Quiapo Church, escorted by hundreds of thousands of devotees who defied a terror threat Monday. Authorities estimated the number of devotees reached 1.4 million at one point. No one died in this year’s celebrations, unlike past years. A Manila parish priest said that for devotees who lost their loved ones in the war on drugs, faith in the Black Nazarene continues to matter. Legal and policy expert Tony La Viña had this to say of all the hype  behind #LeniLeaks, “This is a product of a wild and active imagination. It’s adding a plus plus when there’s nothing there.” He added that if somebody files a case, “It would not even pass the secretary of justice.” Which it did not, as Justice Secretary Vitaliano Aguirre said his office will not launch a probe. National Security Adviser Hermogenes Esperon Jr and at least two other Cabinet secretaries dismissed the issue, saying there are more important matters to discuss in the cabinet meeting. Earlier, Communications Secretary Martin Andanar, the man who stoked the flames started by two bloggers, said he wanted it on the agenda. President Rodrigo Duterte plans to call in mayors in his final drug list and tell them to resign and abandon their drug trade, or face death. “I will call the mayors, I will lock them in so it’s just us. I will really tell them, ‘The list I gave you is this thick. Look for your name there, mayor. If your name is there, son of a bitch, you have a problem, I will really kill you.” 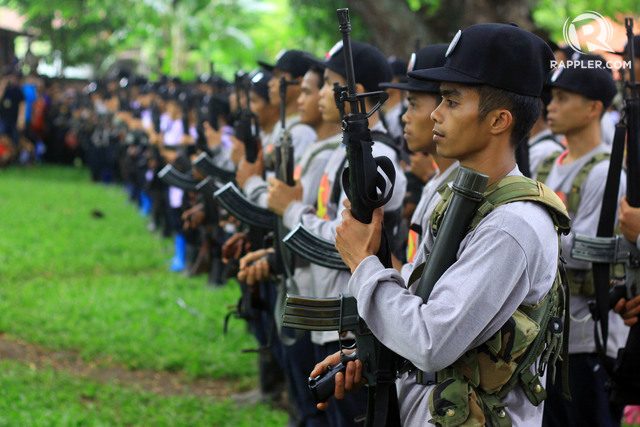 The Philippine military’s highly anticipated document is out, DSSP Kapayaan, a campaign plan which promises to be tough on terrorists but supportive of peace talks with communist insurgents and Muslim rebels. Kapayapaan is the Filipino word for peace. The document is particularly of interest to communist rebels in peace negotiations with the Duterte administration. DSSP Kapayapaan outlines how the military will adjust its operations to support the peace process. US President-elect Donald Trump named son-in-law Jared Kushner as senior White House advisor, rewarding the man widely credited as the brains behind his election but courting serious legal and ethical concerns. A federal law, passed after then-president John F. Kennedy appointed his brother as attorney general, prohibits any president from hiring a relative. The announcement came in the heels of screen legend Meryl Streep’s Golden Globes speech blasting Trump for his divisive rhetoric. Trump lashed back Monday via Twitter, calling her a Hillary Clinton “flunky” and an overrated atcress. Yahoo confirmed that chief executive Marissa Mayer will quit the company’s board after its merger with Verizon but will remain with Yahoo’s core business. Yahoo is selling its main operating business as a way to separate that from its more valuable stake in Chinese internet giant Alibaba. IN PHOTOS: The Black Nazarene