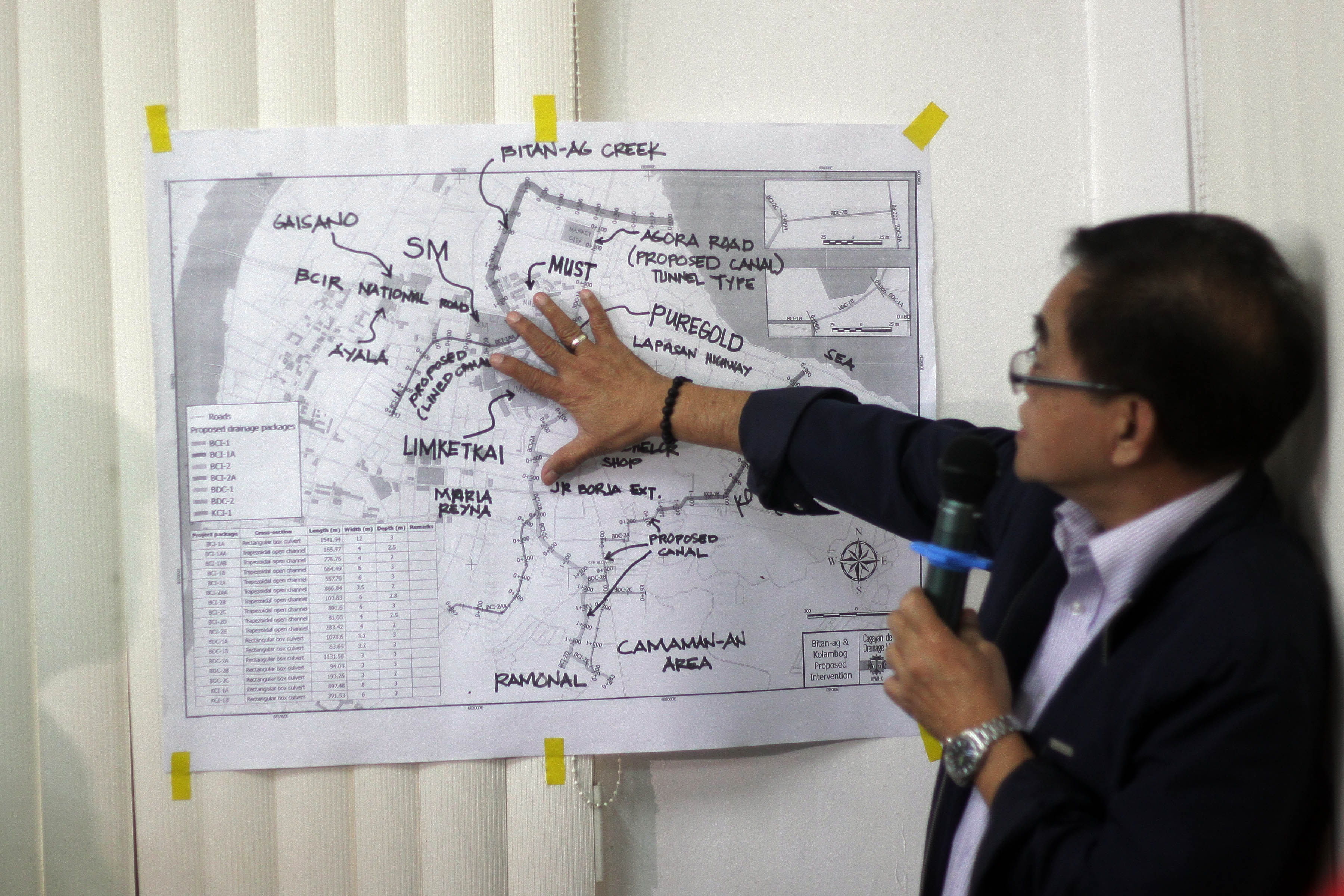 In a media briefing on Wednesday, January 18, the Deparment of Public Works and Highways (DPWH) in Northern Mindanao acknowledged that its elevated bridge over the Bitan-ag Creek along CM Recto Avenue failed to prevent flooding between the Lim Ket Kai Complex and the University of Science and Technology of Southern Philippines (USTSP) which was inundated with neck level water last Monday.

Bitan-ag Creek is one of the major waterways of Cagayan de Oro. It cuts across the major residential and business districts: Barangay Camaman-an, Cogon Market, Limketkai Center, Agora Market, and Barangay Lapasan. It is also the main drain of the drainage system of the Cogon Market area, Osmena Street, Provincial Capitol Compound, Ramonal Village, Barangay Nazareth, and a portion of Divisoria.

Engineer Arthur Cupay, planning and design head of DPWH Region X, one factor that led to the flash floods that displaced thousands was the amount of water that the low pressure area and tail-end of a cold front dumped on the city. The 160 mm of rainwater dumped in just 6 hours was equivalent to 2 weeks’ rain.

The DPWH recently completed the elevated bridge and ramp over Bitan-ag Creek. It was designed to hold more water, but garbage from upstream clogged the creek, causing a dam-like effect, spilling more water and mud into the national highway.

“It was designed to hold more water, but it failed,” Cupay said. “But it was not an isolated incident because flood was all over the city, not just along the national highway.”

The Bitan-ag creek is one of the major waterways in the city that drains into Macajalar Bay. 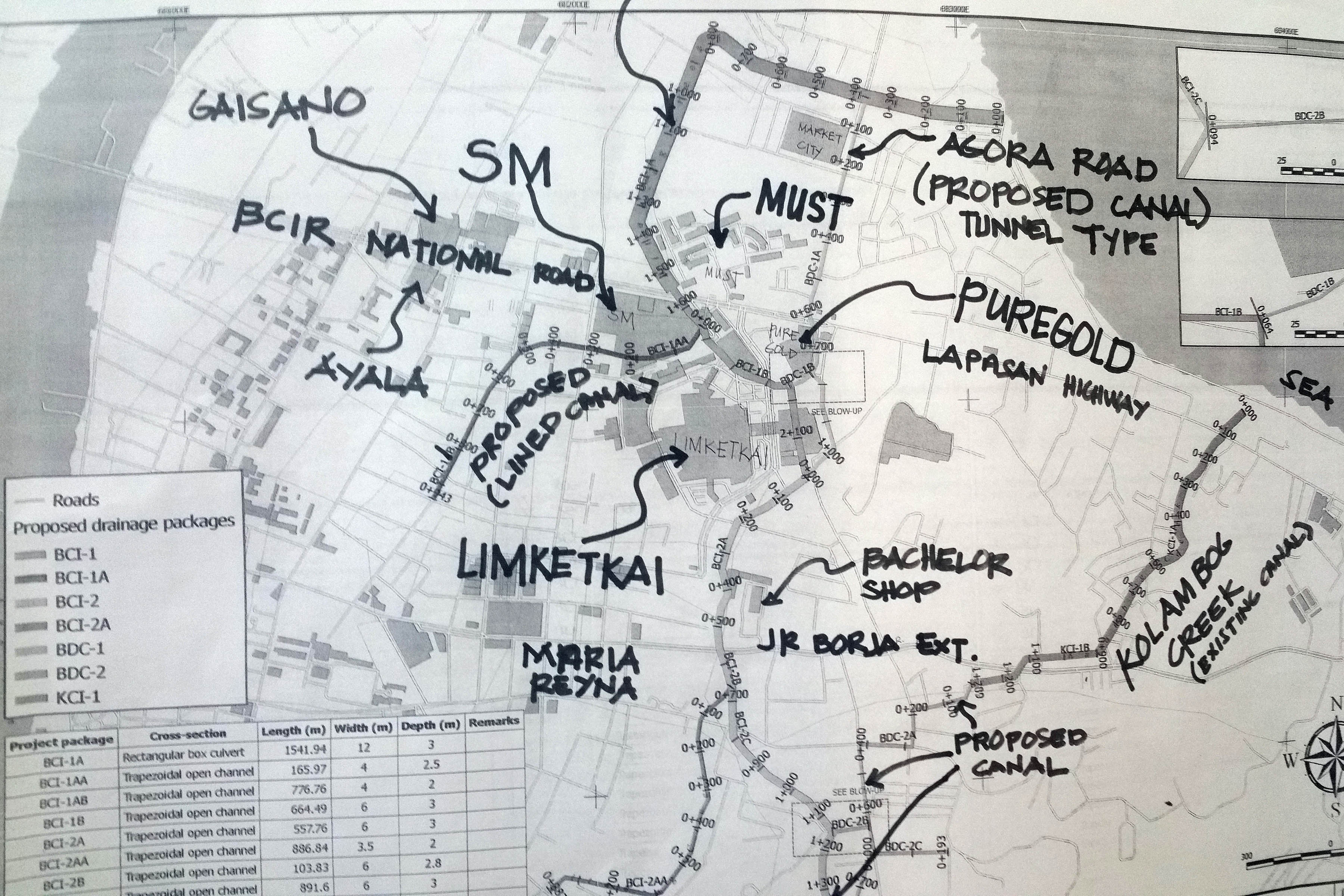 Another factor that contributed to the floods was the the rampant garbage throwing into waterways, the DPWH said.

Massive urbanization has also resulted to the construction of houses along the creek, contributing considerably to the flooding problem, Cupay said.

He said it would take more than two years to complete all the 17 drainage projects along the Bitan-ag Creek, “but we want the people to stop throwing garbage into the waterways, we cannot do it alone.”

Rodriguez also said that a P1.2-billion drainage project of the DPWH in the city covers the National Highway and the Bitan-ag Creek.

Another project is the Agora Road subterranean canal, which lies opposite of the Bitan-ag Creek. The 600-meter canal can fit two jeepneys inside and runs underneath the Agora road.

“We are negotiating now with commercial establishment Puregold because the canal will run underneath their building,” Rodriguez said.

Lim Ket Kai Complex and Puregold are adjacent Bitan-ag Creek. “The Design would then allow the Bitan-ag Creek to fork between Lim ket Kai and Puregold, dividing its waters that would drain into Macajalar Bay,” Rodriguez said.

The DPWH has 17 drainage projects along the Bitan-ag Creek, and much of the 2nd district’s urban barangays, where the creek traverses with a total length of 9,853.78 meters or almost 10 kilometers.

Rodriguez said he would be sourcing the fund for the project, and will ask DPWH Secretary Mark Villar to immediately release the needed funds. – Rappler.com