Executed in Kuwait: Who was OFW Jakatia Pawa? 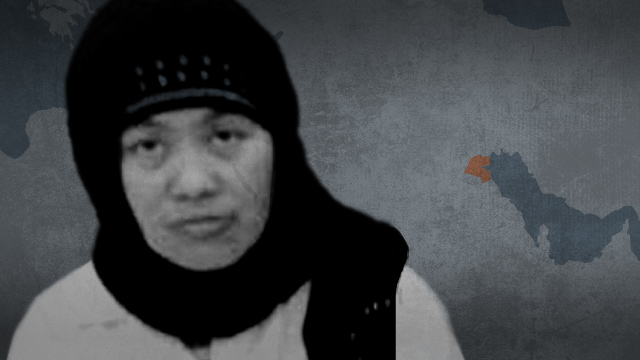 MANILA, Philippines – Who was Jakatia Pawa, the overseas Filipino worker (OFW) executed by hanging in Kuwait on Wednesday, January 25?

Pawa was a 44-year-old domestic worker who was sentenced to death in Kuwait for killing her employer’s 22-year-old daughter, according to a news release by Philippine Senator Cynthia Villar.

Until her death at around 3:19 pm, Philippine time, on Wednesday, Pawa maintained her innocence.

Prosecutors said Pawa stabbed her victim several times with a kitchen knife while asleep at dawn on May 14, 2007, in the al-Qurain district, south of Kuwait City.

Villar said, however, that the DNA found on the murder weapon “did not match Jakatia’s DNA.”

In 2010, then vice president Noli de Castro was sent to Kuwait to appeal for Pawa’s life, to no avail.

Pawa was a native of Zamboanga Sibugay.

She had two children, aged 18 and 16, according to Villar.

The OFW also held a bachelor’s degree in banking and finance from the Zamboanga Arturo Eustaquio Colleges in Zamboanga City, said another statement from Villar’s husband, then senator Manuel Villar, in 2010.

While holding a college degree, Pawa joined tens of thousands of Filipinos who serve as domestic workers overseas in search of better opportunities.

She served the same employer for 5 years, until she was arrested in 2007.

Pawa’s brother, Liutenant Colonel Angaris Pawa, is with the Philippine Air Force. Another brother of hers, Wares Pawa, is said to be a retired police officer.

The schedule of Pawa’s execution on Wednesday caught Filipinos, including her family members, by surprise. It was publicized only at midday on Wednesday.

The execution pushed through after the victim’s family refused the blood money offered by Pawa’s relatives. – with reports from Agence France-Presse/Rappler.com