We need heartwarming stories every now and then, and one heartwarming story that got a lot of buzz yesterday was that of Miss Bulgaria giving away her pageant gown to the daughter of a single mom.

Not all is warm and fuzzy though. Days after PNP Chief Ronald dela Rosa ordered the police to stop the war on drugs, human rights group Amnesty International released a report on the extent of police corruption and abuse in President Rodrigo Duterte’s war on drugs. Among the lurid details: the amounts cops are paid for each kill.

Below are the stories you should not miss this Wednesday.

What drives the police to kill in the Philippines’ war on drugs? ‘Pressures from the top,’ and ‘financial incentives,’ according to an Amnesty International report. The payments, between P8,000 (US$161) to P15,000 (US$302) per kill, supposedly came in cash from ‘headquarters.’ 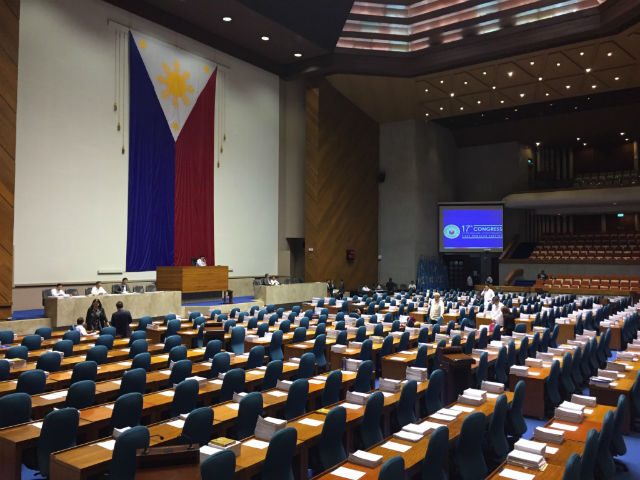 The House of Representatives is expected to tackle the death penalty bill during its plenary session today. Sponsorship of the controversial bill was originally scheduled on Tuesday, January 31, but this was delayed after Buhay Representative Lito Atienza challenged Speaker Pantaleon Alvarez to first name the 3 incumbent congressmen who are on the President’s narco list. When PNP Chief Ronald Dela Rosa took office in July 2016, he rounded up supposedly corrupt cops assigned to anti-illegal drugs units and re-assigned them to different areas in Mindanao. He explained that this was a stopgap measure, to put a hold on the police personnel’s alleged illegal activities and is part of their efforts to cleanse their ranks in the war on drugs. Following the murder of South Korean businessman Jee Ick Joo inside Camp Crame, the national police headquarters, however, Senate President Aquilino Pimentel III on Tuesday, January 31, called on the Philippine National Police (PNP) to stop sending scalawag cops to Mindanao as a form of punishment. ‘Give Mindanao the best men in uniform,’ he said. ‘Mindanao deserves nothing less.’ Why were the Gulf monarchies, notably Saudi Arabia, and other major Muslim nations spared the US travel ban? Critics said it was because Trump has business interest in these countries. Analysts, however, downplay the claim. It is because they are crucial allies of Washington and not ‘failed states’, experts say. President Donald Trump’s controversial executive order on Friday singled out citizens from Iran, Iraq, Libya, Somalia, Sudan, Syria and Yemen to prevent ‘radical Islamic terrorists’ from entering the United States. Want to get a piece of Snapchat? Here’s your chance. The parent company of the hit mobile-messaging service is expected to make its debut as a public company on the New York Stock Exchange, according to reports. Right before she left the Philippines, Miss Bulgaria Violina Ancheva gave away the blue two-piece dress she wore at the Miss Universe pageant to the daughter of single mom Issay Gallano. Prior to this, Gallano was about to pawn off a necklace in order to buy her 18-year-old daughter a dress for her prom, which is in a couple of weeks, according to a CNN Philippines report. In a press conference appealing for continued support for Project NOAH, the country’s flagship disaster prevention and mitigation program, Executive Director Mahar Lagmay stressed the need to continue supporting the program not just because of the technology but because of the ‘highly-skilled’ researchers and disaster scientists it was able to gather and nurture. ‘We invested heavily in human resources.’ Project NOAH is set to close shop by February 28 if no new funding for the project is approved.