Feb 4, 2017 7:20 PM PHT
Rappler.com
Facebook Twitter Copy URL
Copied
The labor secretary issues the order to Angelita Narvaez for 'her inaction and lack of concern for our overseas Filipino workers' 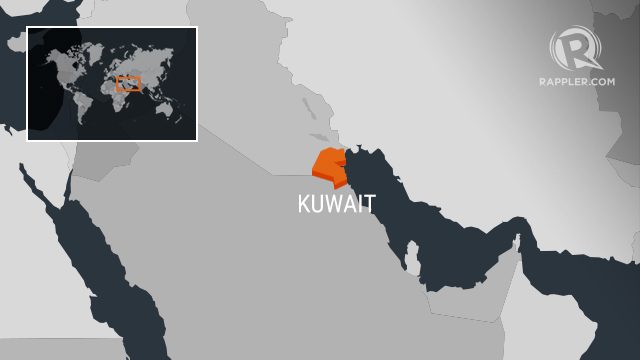 MANILA, Philippines – Labor Secretary Silvestre Bello III ordered the recall of a labor attaché in Kuwait for her “negligence” in attending to the welfare of overseas Filipino workers (OFW) there.

Bello then warned other labor officials overseas they would suffer the same fate if they fail to take care of OFWs in their respective jurisdictions.

In a statement on Friday, February 3, the Department of Labor and Employment (DOLE) announced that Bello issued a recall order on Thursday to acting labor attaché Angelita Narvaez “for her inaction and lack of concern for our overseas Filipino workers.”

The recall order came after the death of an OFW, Amy Capulong Santiago, who was reportedly beaten to death by her employers on January 25.

Bello said that Narvaez failed to tell him about Santiago’s death when he flew to Kuwait after the conclusion of a new round of talks between the government and communist rebels in Rome, and a day after the execution of overseas worker Jakatia Pawa also on January 25.

“I was there on January 26 and Narvaez did not inform me about Santiago’s tragic fate. Narvaez, in effect, misled the secretary of the Department of Labor by concealing that information,” said Bello.

Narvaez also “deliberately prevented” Bello from meeting around 100 OFWs at Bahay Kalinga, a temporary shelter within the premises of concerned Philippine embassies for workers in distress.

In an interview with state-run radio dzRB on Saturday, February 4, Bello narrated that one of the 47 OFWs sent home from Kuwait called him to report that some OFWs were “hidden” at the second floor of Bahay Kalinga.

“That’s why I recalled her. Immediately, I issued a recall order. And I won’t hesitate to do that to other labor attachés, if that’s also how they treat our OFWs,” said Bello in a mix of English and Filipino.

DOLE said that its International Labor Affairs Bureau will investigate Narvaez upon her return to the country. The Philippine Daily Inquirer reported that her replacement, Alejandro Padaen, will arrive in Kuwait by February 15.

Status of OFW on death row

Also on Saturday, Bello said that he has talked to the wife of Niño Macaranas, who was killed by a fellow OFW, Elpidio Lano.

Lano is also on death row in Kuwait for the crime. The Manila Bulletin reported that the Kuwaiti Court of First Instance, which sentenced Lano in 2014 to death by hanging, has not yet set a date for Lano’s execution.

“Medyo bukas ang puso at pag-iisip [niya] (The heart and mind of Mrs Macaranas are somewhat open to it),” said Bello in Filipino. “So there is a chance that we might save Mr Lano.”

Bello added that he is taking into account Mrs Macaranas’ grief. He also reported that he has helped secure jobs for 2 of her 4 children. – Rappler.com