MANILA, Philippines (UPDATED) – The Duterte administration has terminated the Joint Agreement on Safety and Immunity Guarantees (JASIG), paving the way for the arrest of National Democratic Front (NDF) consultants who were temporarily released from government detention to participate in the peace negotiations.

“Following the President’s announcement of the cancellation of the peace talks with the CPP/NPA/NDF and per his instructions, the government is hereby serving this notice of the termination of the Joint Agreement on Safety and Immunity Guarantees,” Dureza said in his letter to the CPP leaders.

The Duterte government had earlier filed petitions before local courts for the temporary release of around 20 consultants, including NPA leaders Benito and Wilma Tiamzon, for the negotiations.

The NDF confirmed it received the written notice. “We intend to acknowledge it today (Tuesday) to enable the 30-day grace period to run,” said Agcaoili.

But he said the government’s letter was strange and unlike written notices of termination that they received from past administrations.

The communists on Monday had rejected the termination of peace talks and said they are willing to explore ways to reopen the negotiations.

President Rodrigo Duterte expressed disillusionment with the talks but said he might change his mind if there’s a “compelling reason.”

JASIG, signed in 1995 during peace talks between the government and NDF panels under the administration of President Fidel Ramos, grants NDF members involved in the peace talks immunity from arrest. 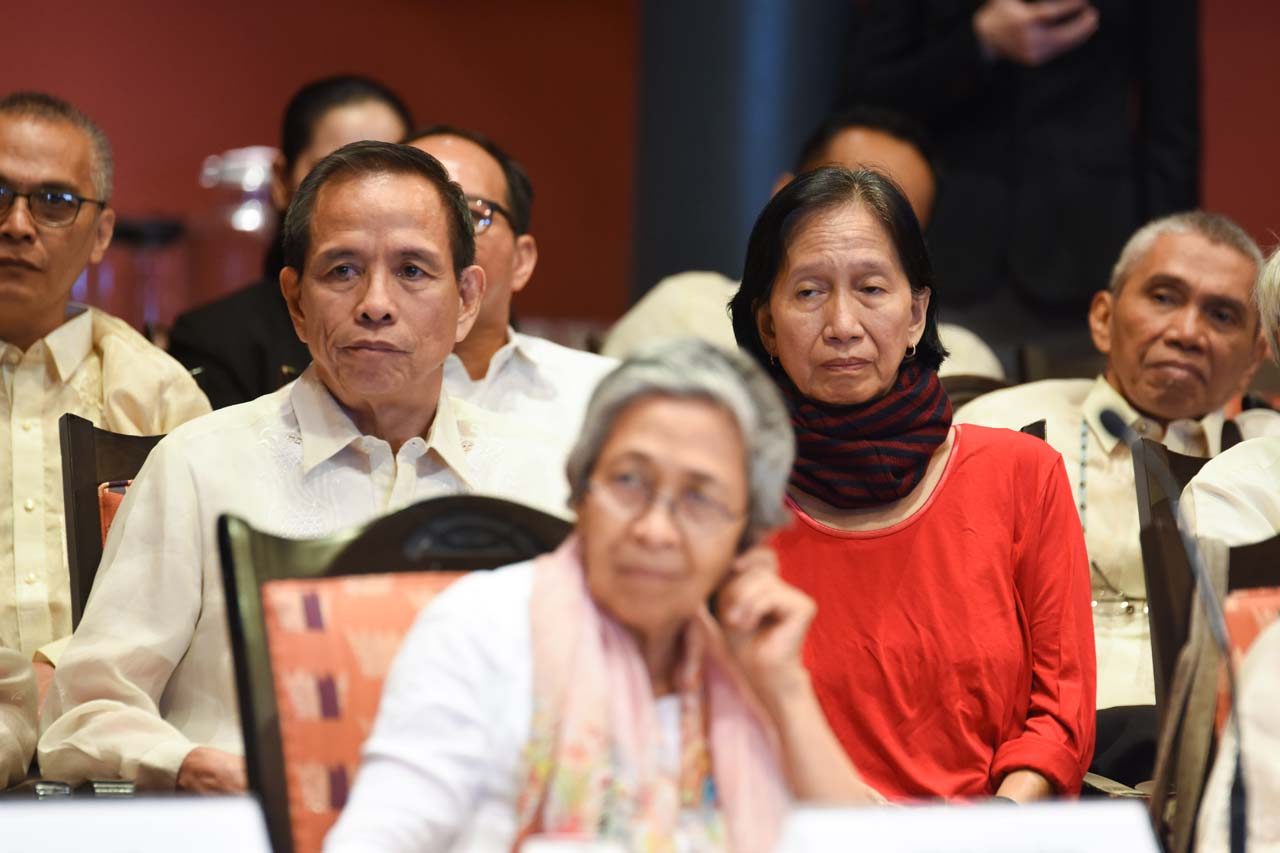 Before Duterte cancelled his administration’s talks with the communists, the two panels had been working towards reconstituting the JASIG.

Peace talks were stalled during the administration of President Benigno Aquino III after it was discovered that the list of NDF consultants covered by the JASIG were contained in a floppy disk that had become corrupted, and therefore, impossible to encrypt. The government did not agree to the proposal of the NDF for a new list to be drawn up.

The NDF said 87 rebel leaders were covered by the agreement.

On Saturday, February 4, Duterte changed his tune and announced he was scrapping the talks. A day before that, he had lifted the government’s ceasefire with the New People’s Army (NPA), the CPP’s armed wing.

Duterte called the CPP “spoiled brats” and “terrorists” and accused the NPA of launching attacks on soldiers even before the termination of its ceasefire with the government, one of them leading to the deaths of 3 soldiers in Bukidnon on February 1.

The NDF, meanwhile, demanded Duterte release 400 more political prisoners before it signs a bilateral ceasefire agreement with the government. – Rappler.com