Ramos worries about ‘lack of consultation’ in Duterte gov’t

Feb 10, 2017 11:56 AM PHT
Carmela Fonbuena
Facebook Twitter Copy URL
Copied
Referring to his unsolicited advice, former president Fidel V. Ramos says, 'With all due respect to those concerned, it's not Facebook stuff. It's the real McCoy because I've been through it and I've done it.' 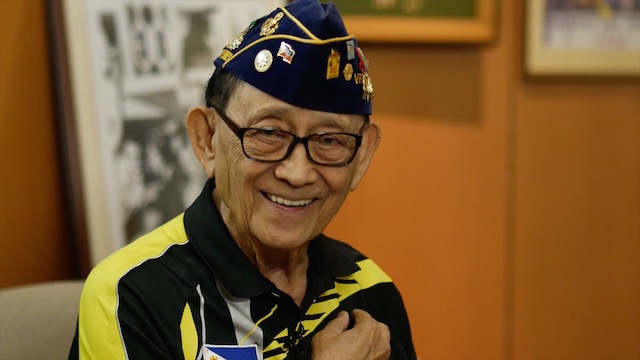 MANILA, Philippines – Former president Fidel V. Ramos is concerned that his anointed President Rodrigo Duterte is making decisions, particularly on policies and security, without first consulting even his Cabinet members.

Ramos also said statements Duterte makes in his speeches should not be considered policy pronouncements until they are “formulated and put out in the proper form.”

Ramos, the first president to serve under the 1987 constitution that restored democracy in the Philippines after years of martial law, spoke with Rappler executive editor Maria Ressa on Rappler Talk.

“The way it is, there is a lack of consultation, as I said in the beginning, not just with his active commanders. Maybe not even with the Cabinet members concerned, but also with the rest of the citizenry,” Ramos said.

Ramos talked about Duterte’s pronouncements on the military’s role in the war on drugs, the proposed revival of the notorious Philippine Constabulary (PC), peace talks with Muslim rebels and communist insurgents, and the country’s ties with US and China among others.  (WATCH: FVR on Marcos, Duterte, law enforcement and foreign policy)

He urged Duterte to make proper use of government mechanisms to deal with issues at hand.

One, he stressed the importance of convening properly the advisory council that he created when he was president in 1992 – the Legislative-Executive Development Advisory Council (Ledac) – before he makes important decisions.

The two Ledac meetings conducted, which he said he urged them to do, were “not the way to do it” because the private sector was not represented.

And two, he said the National Peace and Order Council (NPOC) system that is organized down to the barangays makes sure the 5 pillars of the National Criminal Justice System are followed – community, law enforcement, prosecution, courts, and corrections.

Ramos is concerned about what he called a “one way kind of decision-making in law enforcement these days.”

“The entry of our president, President Rodrigo Roa Duterte into the picture, indeed, has changed our law enforcement situation very much and also our human rights and criminal justice system likewise,” said Ramos.

“Perhaps the most important component is the thumb which puts all of these fingers together and this is the community, the public, that must be served. Now I’m not seeing the proper coordination of the 5 pillars this time unlike before. There seems to be too much unilateralism or one way kind of decision-making in law enforcement these days which should not be,” said Ramos.

Tinkering with the military system

Ramos talked about, among others, his concerns about tapping the military instead of the now discredited police to fight Duterte’s war on drugs. Duterte’s controversial centerpiece campaign has been linked to over 7,000 deaths since July 1.

Under the law, cops take care of law enforcement operation, while the soldiers take charge of defending national security and integrity. But Duterte wants to tinker with the military system, prompting fears that he intends to use the armed forces to declare martial law. (READ: Año’s challenge: How to lead PH military under Duterte?)

Based on Duterte’s orders, the military said they have assigned a small group of soldiers to help the police in the war on drugs. Defense Secretary Delfin Lorenzana asked Malacañang to put in writing Duterte’s orders to empower the military to make arrests, a police role under the law.

Maria Ressa: The Armed Forces of the Philippines being used in the drug war. What’s your reaction to that?

Fidel Ramos: There is a need for a thorough study for those kinds of setup. These things, I’m now being served in the daily headlines because of the snap pronouncements of the President, to me they’re not yet policy because it’s just coming out as someone who just said that.

Maria Ressa: Except he is the president…

Fidel Ramos: But they have to be discussed and formulated and put out in the proper form because the people concerned, the military and police personnel are starting to be confused. I hope not. But this is my honest opinion about it.

Ramos, a former PC chief, also opposed the revival of the Philippine Constabulary as the 4th service under the Armed Forces of the Philippines. The PC implemented martial law and was notorious for its human rights abuses.

Maria Ressa: Mr Ramos would you want to create another constabulary? Should we go back to the way it was.

Fidel Ramos: As I said earlier, there is no need for that, especially because this is just coming from the top of somebody’s head, just like that. There is no proper study nor consultation, and a decision by consensus.

The former president urged the administration to heed his advice.

“With all due respect to those concerned, it’s not Facebook stuff. It’s the real McCoy because I’ve been through it and I’ve done it,” he said.  – Rappler.com