No ‘Salubungan’ at EDSA anniversary under Duterte 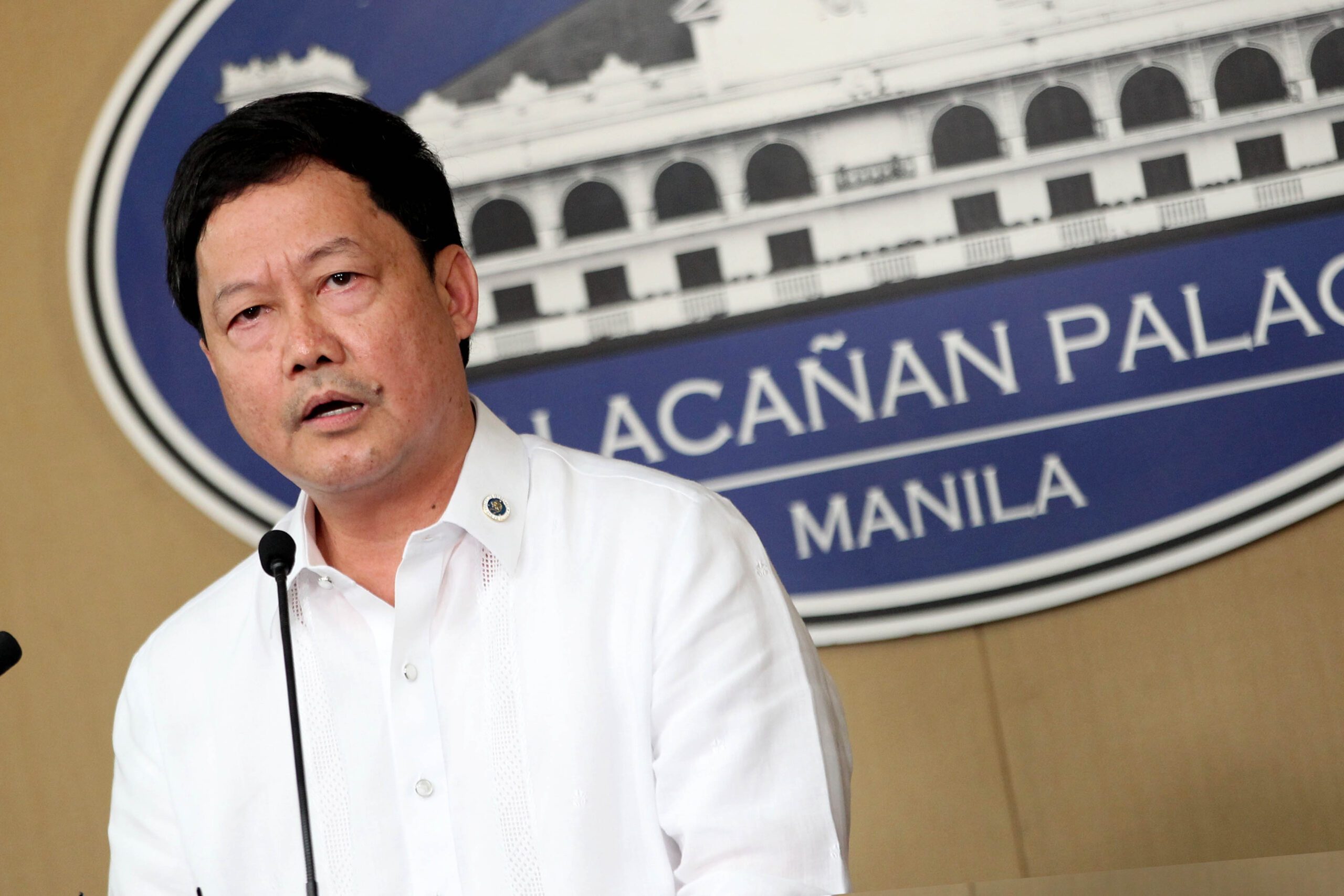 Facebook Twitter Copy URL
Copied
'We just want to make this as simple as possible,' says Malacañang, as it explains the Duterte administration's decision to scrap the highlight of past EDSA anniversary celebrations

MANILA, Philippines – For the first time, there will be no reenactment of the union of forces that symbolized the end of the Marcos regime in the celebration of the EDSA People Power Revolution anniversary.

Scrapping the “Salubungan” is among the major changes in this year’s 31st anniversary celebration – the first under the Duterte administration and after the hero’s burial for strongman Ferdinand Marcos – in keeping with the administration’s bid to keep it “simple,” Senior Deputy Executive Secretary Menardo Guevarra said in a Palace news briefing on Tuesday, February 21.

“We just want to make this as simple as possible,” said Guevarra, who represented the EDSA People Power Commission chairperson, Executive Secretary Salvador Medialdea, at the news briefing, when asked why the Salubungan was scrapped.

Other changes in this year’s celebration is the date and venue of the main EDSA anniversary event. It used to be held every February 25, at the People Power Monument in EDSA led by the Chief Executive.

This year, it will be on February 24, in Camp Aguinaldo. Guevarra said there was “no word” yet whether President Rodrigo Duterte will attend the EDSA event.

Guevarra said the main celebration will be held in the military headquarters “because that’s where actually it all began, in Camp Aguinaldo.”

When asked, he confirmed that former president Benigno Aquino III was invited to the Camp Aguinaldo celebration but Aquino has yet to confirm his attendance.

It will not be the first time, however, for the main EDSA anniversary celebration to be held elsewhere. In 2014, Aquino opted to lead the celebration in Cebu, saying that the popular movement began in the province.

It was in Cebu that his mother, former president Corazon Aquino, launched a civil disobedience campaign against Marcos.

It will also not be the first time for a Chief Executive to be absent at the main EDSA anniversary event, if Duterte chooses to skip it.

In 2008, then president Gloria Macapagal-Arroyo marked the 22nd EDSA anniversary by inaugurating government projects. At the time, various groups staged protests against Arroyo, whose administration was hounded by corruption allegations.

He said the 2017 celebration should not be compared to the 30th anniversary celebration in 2016, which is considered a milestone event.

“We have lined up a program for the next 4 days that would be simple enough but indicative of what we intend to do. The theme for this year’s celebration is, ‘A Day of Reflection,’ and that’s precisely the reason why there’s no pomp in this year’s anniversary celebration,” Guevarra said.

“It’s a time to settle down, to quiet a bit, and think of what has happened over the past 30 years. Do we still have that spirit of EDSA within our hearts? Have we done things that are supposed to guide us after that momentous event in our history?” he added.

Jose Concepcion III, Presidential Adviser for Entrepreneurship and EPPC vice chairman, said his vision in terms of celebrating the EDSA anniversary “is to see how we can continue to live on the spirit of EDSA, maybe in different forms.”

“We can’t keep living in the past… We have transformed these lessons that we have learned during this struggle during that time, so that our own children will continue to remember it,” said Concepcion, whose father was a former EPPC commissioner.

Jose Concepcion Jr, founder of the National Movement for Free Elections (NAMFREL), had served as the first post-EDSA trade secretary under Cory Aquino.

“The challenge really is how do we make this generation continue to be inspired of what happened in 1986. And in the coming months, we will prepare for next year’s celebration on how the youth, especially today, can live on… We hope to continue to live up and really pass on the true meaning of EDSA to our children,” he said.

On the EDSA rally planned by other groups on Saturday, Guevarra said the government will allow the mass action to take place, for as long as traffic is not impeded.

“This is exactly the freedom that the EDSA Revolution wanted us to have, all right: freedom to express yourselves, freedom to rally, okay, so freedom to gather together and express your sentiments,” he said. – Rappler.com