Feb 23, 2017 6:51 PM PHT
Rappler.com
Facebook Twitter Copy URL
Copied
'This arrest is purely political vendetta and has no place in justice system that upholds the rule of law. This is condemnable,' say the Liberal Party senators 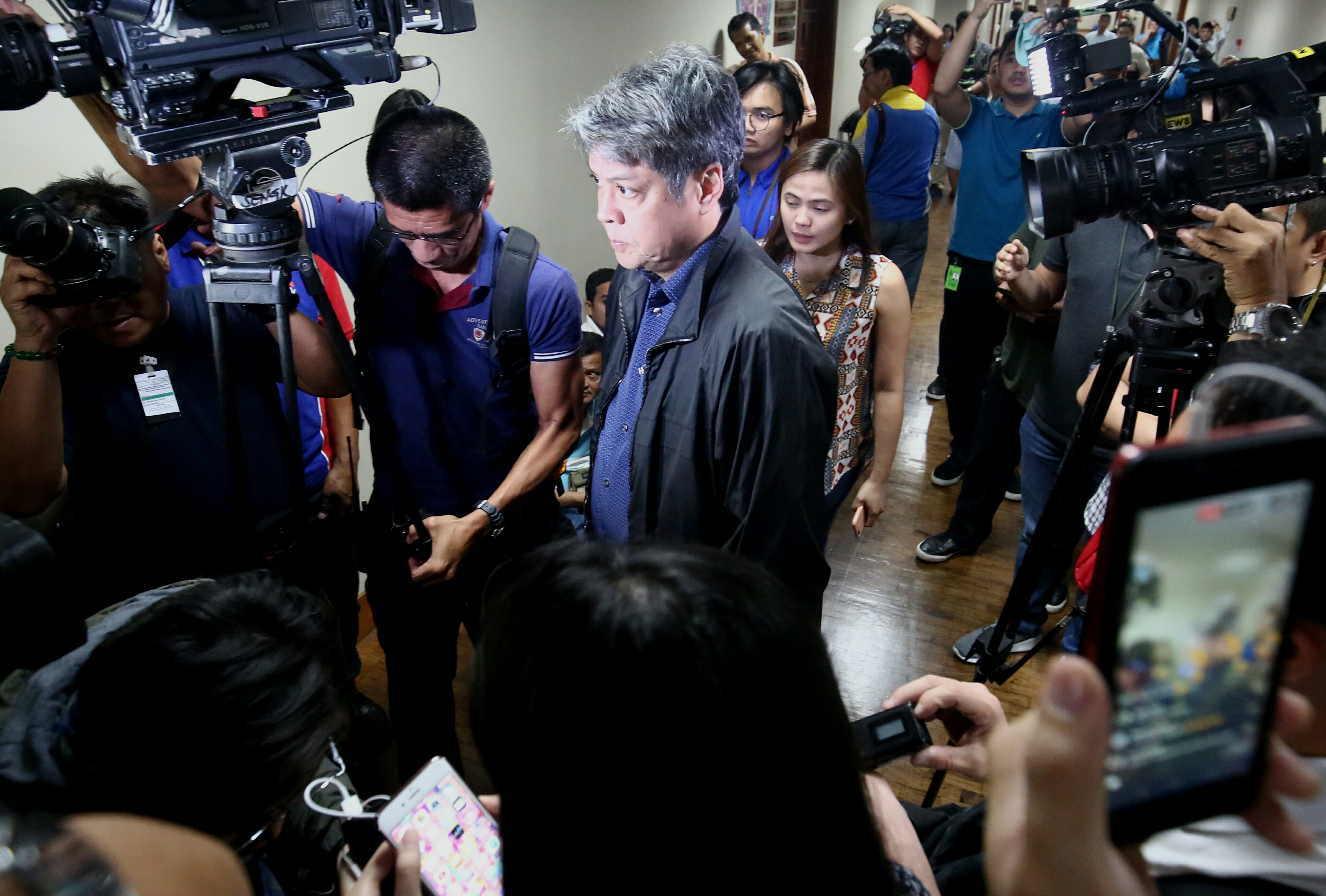 The arrest warrant was issued less than a week after the Department of Justice filed charges against De Lima for allegedly receiving drug money from convicts in exchange for their protection when she headed the DOJ.

Liberal Party senators and other supporters of De Lima, an LP member, slammed the “haste” in the issuance of the warrant. They reiterated that the anti-graft court Sandiganbayan, and not the RTC, has jurisdiction over alleged crimes she committed when she was justice secretary.

We repeat: The Sandiganbayan, not the RTC, has jurisdiction over the case as the alleged wrongdoings were supposedly committed when she was Justice Secretary.

We fear for Senator Leila’s life and security given what happened to Albuera Mayor Espinosa and Korean businessman Jee Ick Joo, who were both killed inside police-controlled facilities.

This arrest is purely political vendetta and has no place in justice system that upholds the rule of law. This is condemnable.

We reiterate that an arrest based on trumped-up charges is illegal.
We assert that the Ombudsman has primary jurisdiction over cases against public officers cognizable by the Sandiganbayan. Violation of the Dangerous Drugs Act, which is the DOJ’s case against Senator De Lima, falls under “other offenses committed by public officials” listed in the Sandiganbayan Law.

We maintain that if this warrant of arrest is served, it would be a clear violation of legal proceedings and is therefore a violation of her Constitutional right to due process.