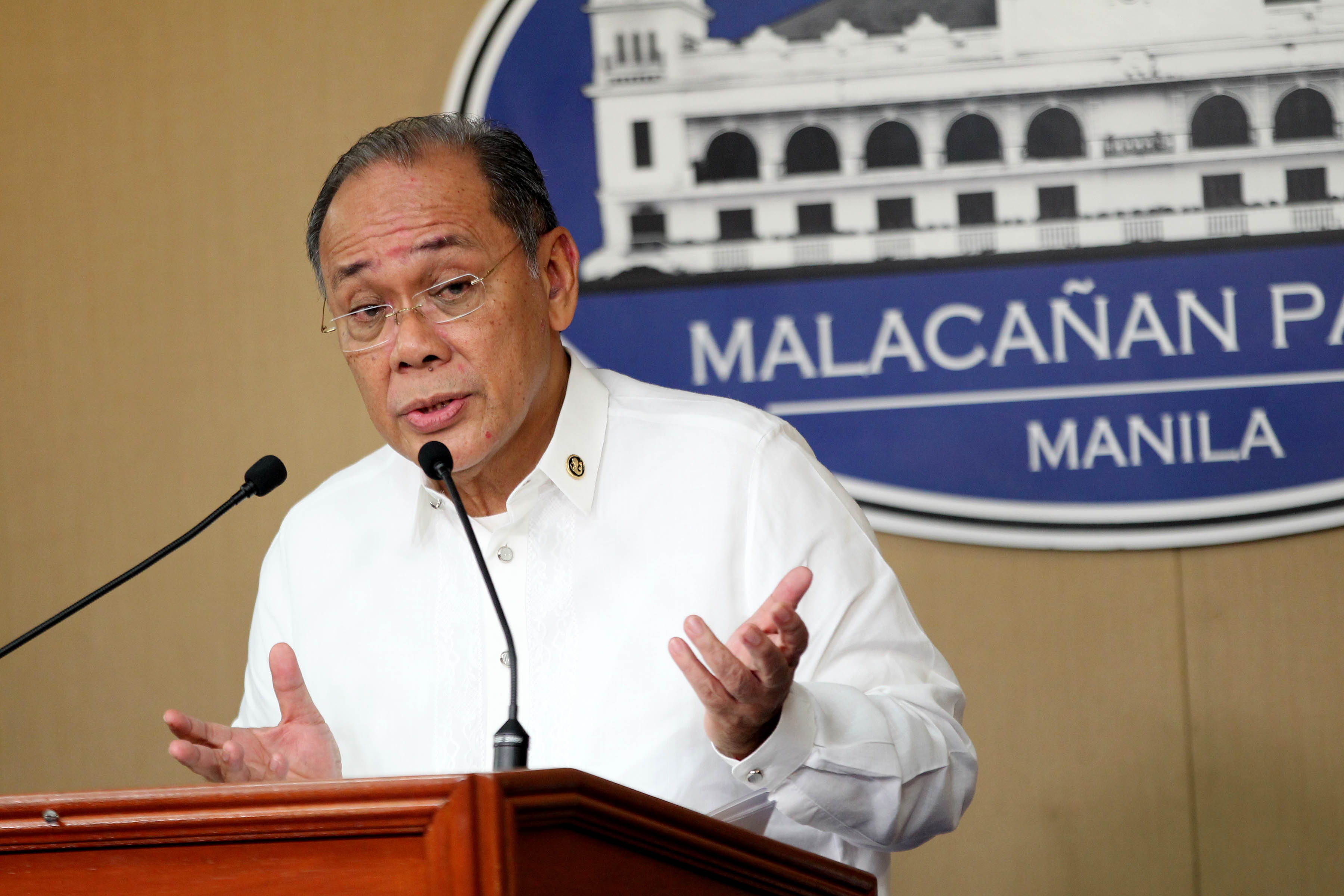 MANILA, Philippines – Malacañang on Thursday, February 23, welcomed the issuance of a warrant of arrest against Senator Leila de Lima for drug charges, calling it a “major step forward” in the administration’s war against illegal drugs.

“It is a fulfillment of the campaign promise of President Rodrigo Roa Duterte to rid Philippine society of drugs, crime, and corruption,” said the Presidential Spokesman Ernesto Abella on Thursday, February 23.

“The arrest of an incumbent senator demonstrates the President’s strong resolve to fight pushers, peddlers, and their protectors,” he added.

Duterte’s spokesman also said this is an opportunity for De Lima to prove her innocence.

“Senator De Lima will now have her day in court where she will have full opportunity to prove her claim of innocence,” said Abella.

This comes less than a week after the Department of Justice filed charges against her for allegedly receiving drug money from convicts in exchange for their protection when she headed the DOJ.

Chief Legal Counsel Salvador Panelo said De Lima should “welcome” the arrest “as she is now given the opportunity to refute any and all allegations.”

“This is where the real battle begins and not in the media that she relishes to use against the President,” said Panelo in a message to reporters.

He attributed the order to arrest De Lima as “karma” since she played a role in the arrest of former president Gloria Macapagal-Arroyo when she was justice secretary of the previous administraiton.

“The law of karma has finally caught up with the Senator in terms of being arrested and detained,” said Panelo.

He, however, recognized that De Lima is still “constitutionally presumed innocent” until proven guilty beyond reasonable doubt. – Rappler.com