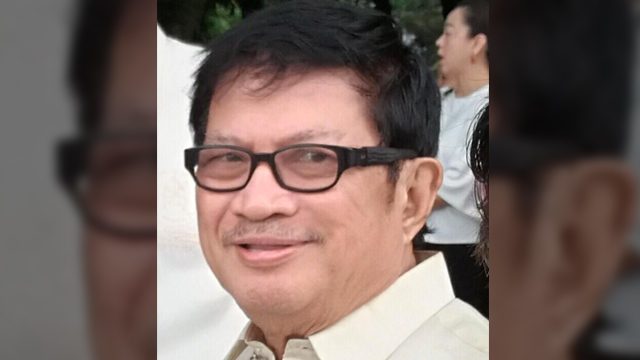 The Palace released on Friday, March 3, the appointment papers of Rodolfo Jazmines Garcia. It also announced the promotion of Transportation Assistant Secretary Cesar Chavez to undersecretary in the Department of Transportation  (DOTr).

Garcia is a retired police general who had served as MRT Director for Operations when Arroyo general Reynaldo Berroya, the current administrator of the Light Rail Transit Authority (LRTA), was MRT 3 General Manager.

Garcia is known as “Garic” in military and police circles. Both he and Berroya are from the same Philippine Military Academy class of 1969.

He was chief of PNP Intelligence Group during the administration of Fidel Ramos and then was appointed chief of PNP Region 12 by Gloria Macapagal Arroyo.

Chavez told Rappler that Garcia was already briefed about his responsibilities on Wednesday, March 1.

According to the Office of the Executive Secretary, Chavez was appointed undersecretary to replace Noel Kintanar whose resignation became effective last December 1.

Before he joined the Duterte administration, the newly-promoted Chavez worked in the media as DZRH assistant vice president for news and public affairs.