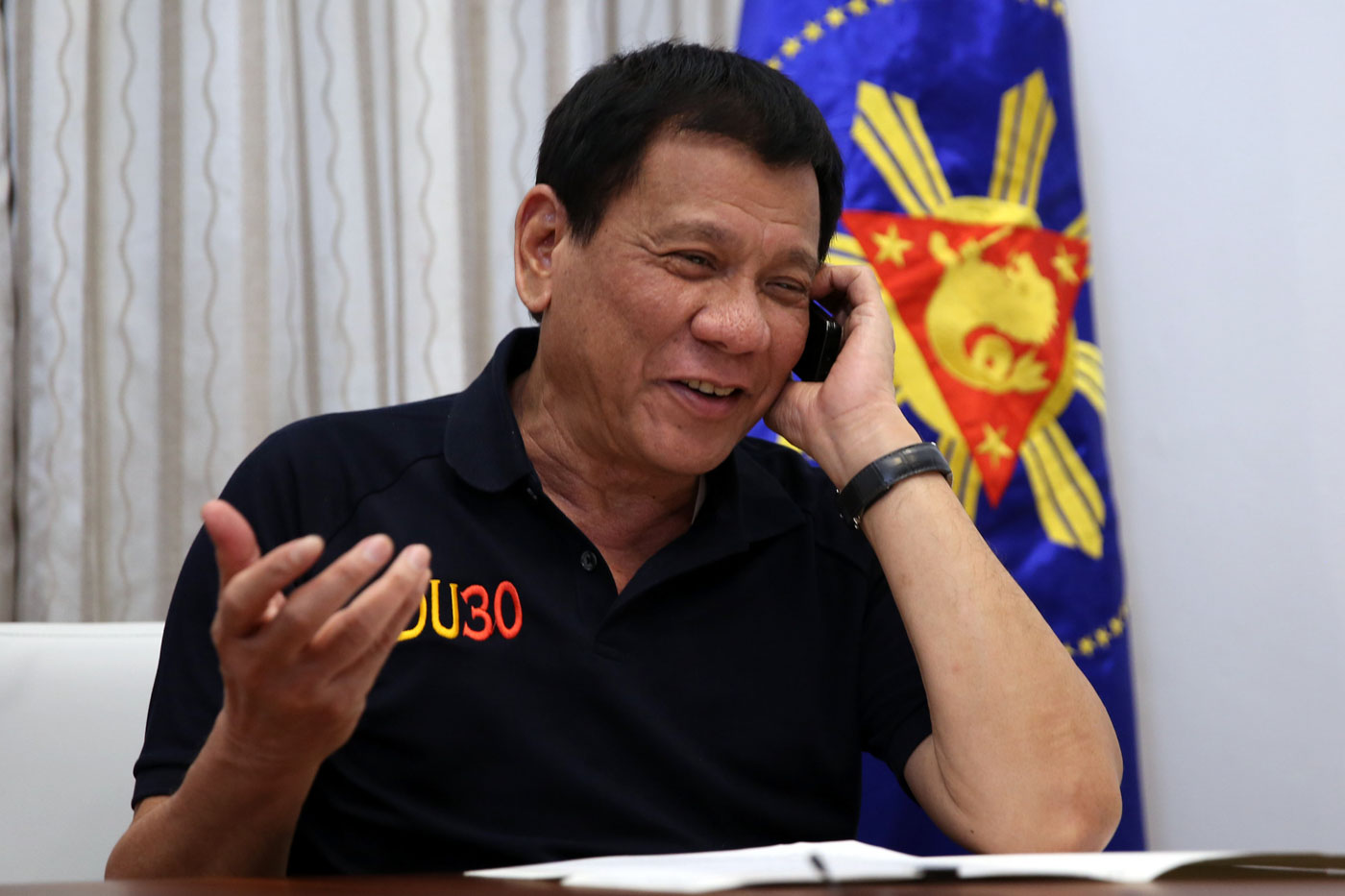 MANILA, Philippines – While Philippine President Rodrigo Duterte praises US President Donald Trump for not “interfering” in his drug war, the US State Department has taken note of the killings of thousands in Duterte’s anti-drug campaign.

“The most significant human rights problems were killings allegedly undertaken by vigilantes, security forces, and insurgents; cases of apparent governmental disregard for human rights and due process; and a weak and overburdened criminal justice system notable for slow court procedures, weak prosecutions, and poor cooperation between police and investigators,” the State Department said.

It also said that “police unknown vigilantes have killed more than 6,000 suspected drug dealers and users” since July 2016.

The US State Department, through its Bureau of Democracy, Human Rights, and Labor, published these findings in its Country Reports on Human Rights Practices for 2016.

The US State Department released this report on its website on Friday, March 3, even as human rights groups, according to Reuters, “criticized the way the report was rolled out.”

The report comes months after Duterte said that Trump, when they spoke in December 2016, “was quite sensitive also to our worry about drugs.” Duterte said Trump believes that the Philippines is doing it “the right way.”

Reuters reported that the US Secretary of State Rex Tillerson, for one, “gave the report little of the traditional attention or fanfare,” as Tillerson “declined to unveil the report in person.” (READ: Top US diplomat snubs launch of own rights report)

The Trump administration itself is facing human rights issues, as with its ban on travelers from 7 Muslim-majority countries.

Published for the 41st time this year, the US human rights report is “used by the US legislative, executive, and judicial branches as a resource for shaping policy and guiding decisions, informing diplomatic engagements, and determining the allocation of foreign aid and security sector assistance.”

The report covers nearly 200 countries and territories around the world, the US State Department said.

On the Philippines, the US State Department also said in its report, “Human rights groups noted little progress in implementing and enforcing reforms aimed at improving investigations and prosecutions of suspected human rights violations.”

On press freedom in the Philippines, the report said “the independent media” was able to air “a wide variety of views without restriction” in 2016.

It said that Filipino journalists, however, “faced harassment and threats of violence, including from politicians and government authorities critical of their reporting.”

“Many journalists reported an uptick in online threats, including threats of violence and harassment, in response to articles posted online that were critical of the government,” the US State Department said.

“Journalists critical of the government reported that they did not yet feel that threats to their personal safety were credible but they were concerned about losing access to the president and presidential palace if they were seen as overly critical,” it added.

‘Duterte of the West’

Both Trump and Duterte have been known for their controversial statements, with Duterte being called the “Trump of the East” and Trump being branded, too, as the “Duterte of the West.”

Duterte, however, has said of Trump’s views on the drug war: “He understood the way we are handling it and I said that there’s nothing wrong in protecting a country. It was a bit very encouraging in the sense that I supposed that what he really wanted to say was that, ‘we would be the last to interfere in the affairs of your own country.'”

In his confirmation hearing in January, Trump’s Secretary of State said that he needs more “facts on the ground” before condemning Duterte’s anti-drug campaign.

Whether or not policy will emanate from the State Department’s report, given Trump’s own pronouncements remains to be seen.  – Rappler.com