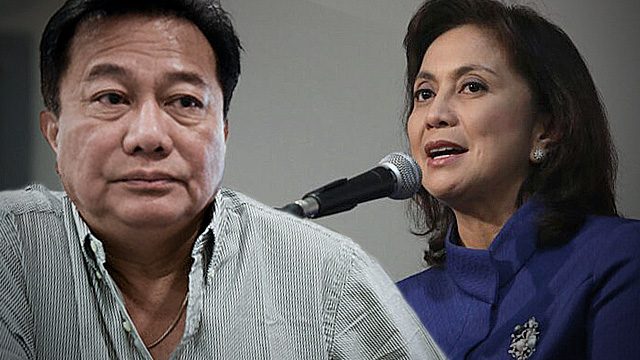 “I’m still studying it. [The complaint may involve] ‘betrayal of public trust,’” said Alvarez in a text message to Rappler on Friday, March 17.

He said he’d like to know if there are grounds for Robredo’s impeachment after she said in a video message to the United Nations that Filipinos are now feeling “hopeless and helpless” given the spate of killings in communities suspected of harboring drug dealers and users.

Alejano’s complaint included accusations against the President in the government’s bloody war against drugs; his alleged involvement in the creation of the Davao Death Squad when he was mayor; and his supposed unexplained wealth in the form of bank deposits and undeclared properties, among others. (READ: Highlights: Impeachment complaint vs Duterte)

Presidential Spokesperson Ernesto Abella earlier said it is more than coincidence that Robredo’s  video message critical of the administration was released around the same time as the filing of the complaint. (READ: Palace links Robredo to impeachment complaint)

Alvarez said he believes Robredo herself is behind the complaint, because she would be the one to benefit should Duterte be impeached.

Robredo ‘not in control’ over timing of video release

“The message was requested (not volunteered) by the international NGO event sponsor [StoptheDrugWar.Org], which was held in Vienna. She was invited as early as January 2017. VP was not in control of when the message was released,” said Belmonte.

Robredo and LP stalwarts have repeatedly denied accusations they are plotting to oust Duterte and destabilize the government.

LP president Senator Francis Pangilinan has said that if there was anyone destabilizing the government, it is the Duterte appointees who have been linked to corruption and abuse.

LP senators have been booted out of key Senate posts, forcing them to join the minority bloc. At the House of Representatives, 27 LP lawmakers are allied with the ruling administration party.

Four of them, however, were also stripped of their committee chairmanships for not voting in favor of the death penalty bill. – Rappler.com