Panelo: No need to inform DFA of Benham Rise deal 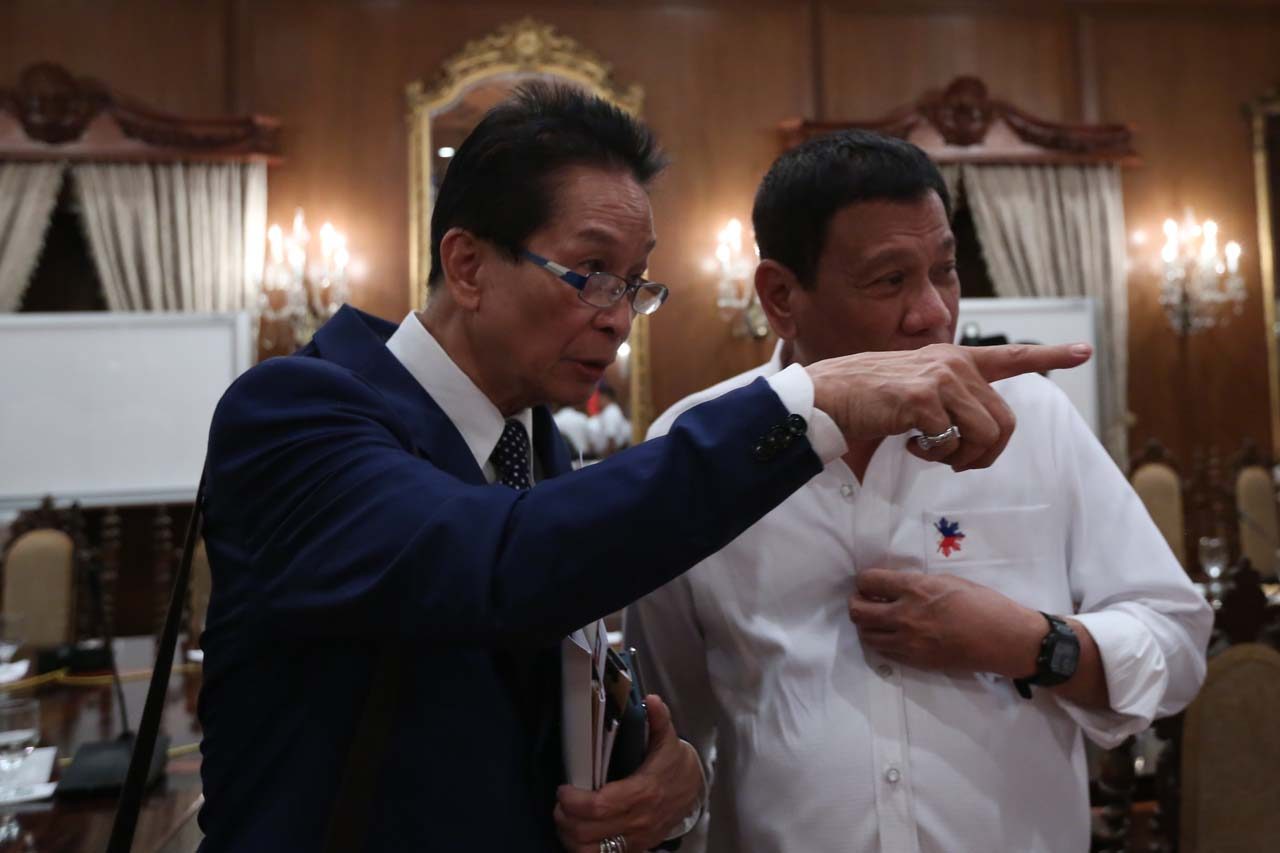 Panelo made this statement on Friday, March 17, after Foreign Secretary Enrique Manalo said he was “not aware” of the reported agreement forged by Duterte with China.

In an interview on GMA News TV, Panelo said in reference to the DFA: “Regardless of whether they were informed or not, if the President knew about it, or the Chinese government asked the permission of the President, o ‘di, hindi naman kailangang sabihin mo doon sa alter ego mo na, ‘di ba (then you don’t need to tell it to your alter ego, right)?”

A Cabinet secretary, in this case acting DFA chief Manalo, is considered the alter ego, literally the “second I” or second self, of the President.

Duterte on Monday, March 13, however, disclosed an agreement unknown to the DFA. He said he had agreed to allow Chinese surveillance ships into Filipino waters surrounding Benham Rise.

“They have no incursion because we have an agreement,” Duterte told reporters when asked about the reported presence of Chinese surveillance ships near Benham Rise.

“Some people are just blowing it up. We previously agreed. It was a research ship. We were advised of it way ahead,” Duterte said. (READ: Duterte shows alarming confusion over Benham Rise)

Benham Rise is a 13-million-hectare underwater plateau, the rights over which the Philippines won before a United Nations commission in April 2012. It is potentially a rich source of natural gas and other resources such as heavy metals.

At the DFA, reporters pressed Manalo on Thursday about the reported agreement on Benham Rise.

Asked about this agreement, Manalo said on Thursday: “I don’t know how accurate that is. I just read about it in the papers.”

“Well, we weren’t aware of the agreement,” Manalo said in a press conference.

Before this, Supreme Court Senior Associate Justice Antonio Carpio stressed the need to know the type of research reportedly undertaken by China.

“I think we should find out first what was the agreement, because it’s difficult to know the consequences unless we know the nature of the agreement,” Carpio told reporters in an interview on Thursday.

Carpio said if it were a research on fisheries, for instance, “it’s okay, because it’s part of the global commons.”

“But if it’s a research on the oil, gas, and minerals, they cannot do that. It’s only the Philippines that can explore because we have the sovereign right to explore,” he said.

“I think what we need to do is, we need to determine the reasons for the presence of that Chinese vessel, which happened to linger over a period of months within our continental shelf, and to determine what the real reason for its presence was in being there,”  Del Rosario said.

“We need to make sure that our sovereign rights are not being violated,” the Philippines’ former top diplomat added. – with reports from Agence France-Presse/Rappler.com