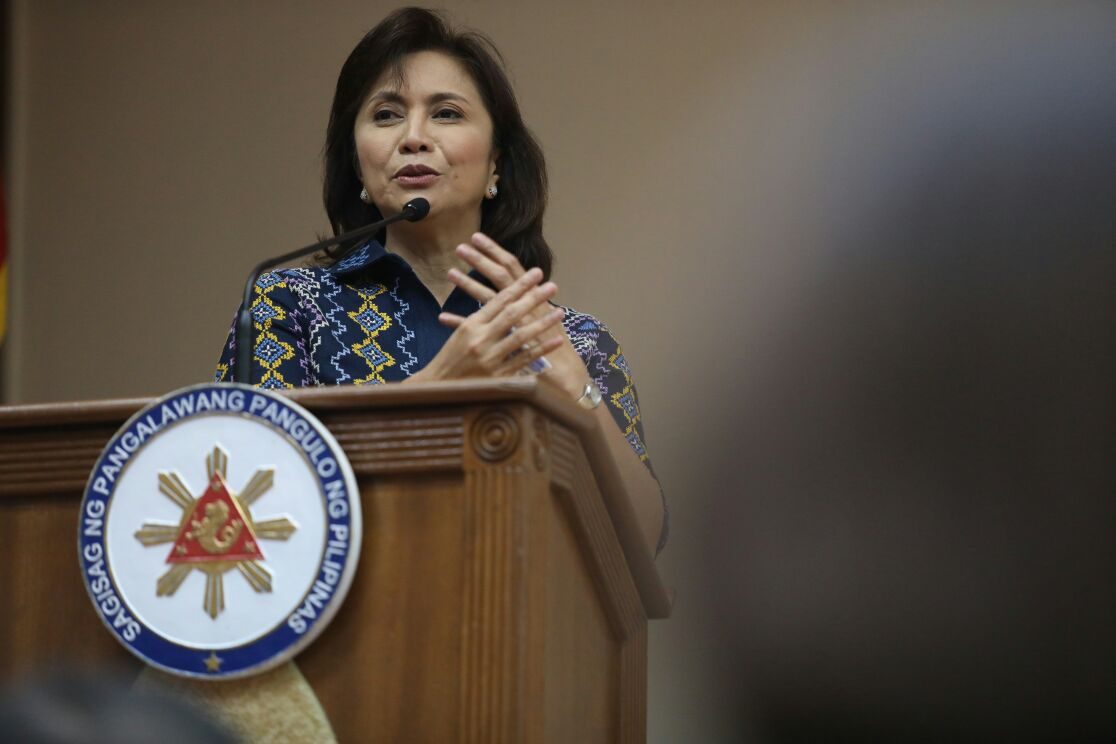 MANILA, Philippines – Opposition lawmakers slammed the plan of Speaker Pantaleon Alvarez to file an impeachment complaint against Vice President Leni Robredo, questioning his motives and the basis for such a complaint.

“The Speaker is entitled to protect his principal at whatever cost. However, such move coming after the filing of the first impeachment complaint against President Duterte leaves a bad taste,” said Villarin in a text message.

“It will be construed as vindictive and unfair to VP Leni Robredo who has nothing to do with it. The Speaker may gain the heart of his President but will lose the hearts of the people,” he added.

The Davao del Norte 1st District Representative said the complaint could be about Robredo’s “betrayal of public trust” for her criticism of the drug war in a video sent to the United Nations (UN).

Ifugao Representative Teddy Baguilat Jr believes that if Alvarez pushes through with his plan, the impeachment complaint “will end up as a dud.”

“Because no matter how offensive it is to this administration and to its allies, criticizing the human rights record of the government and the PNP (Philippine National Police) before an international audience isn’t an impeachable offense,” said Baguilat.

Robredo’s spokesperson Georgina Hernandez already came to the Vice President’s defense, saying she only stated facts in the UN video and did not humiliate the country before the international community.

In a speech before Filipinos living in Myanmar, Duterte already tagged Robredo as one of his political enemies. (READ: Duterte claims Robredo in a hurry to become president)

Robredo had resigned as housing czar last year after Duterte banned her from attending Cabinet meetings.

At least 267 lawmakers are either members of Duterte’s Partido Demokratiko Pilipino-Lakas ng Bayan (PDP-Laban) or are part of parties that signed coalition agreements with the ruling administration party.

For Villarin, these alliances do not guarantee the passage of any impeachment complaint against Robredo at the House.

“[Alvarez] may have the numbers in the House but not necessarily the votes. It will be stretching too much the imagination of the supermajority, a coalition built on sand. It will tarnish further the House, which just railroaded the death penalty bill at the onset of the Lenten season,” said Villarin.

Administration-allied lawmaker and Davao City 1st District Representative Karlo Nograles, however, clarified that legislators in the House decide on issues based on their respective political parties and later, the whims of the majority bloc.

“In our present HOR (House of Representatives) setup, the major decisions are arrived at through individual political party consensus and later, by a decision of the supermajority in a caucus called for the purpose. Impeachment will follow the same decision-making process,” he said.

This was evident when the House voted on Duterte’s priority measure, the death penalty bill.

Party whips talked to their respective party mates regarding their stance on the death penalty, while final amendments to the measure were decided during majority caucuses to make the measure palatable to a greater number of lawmakers. – Rappler.com