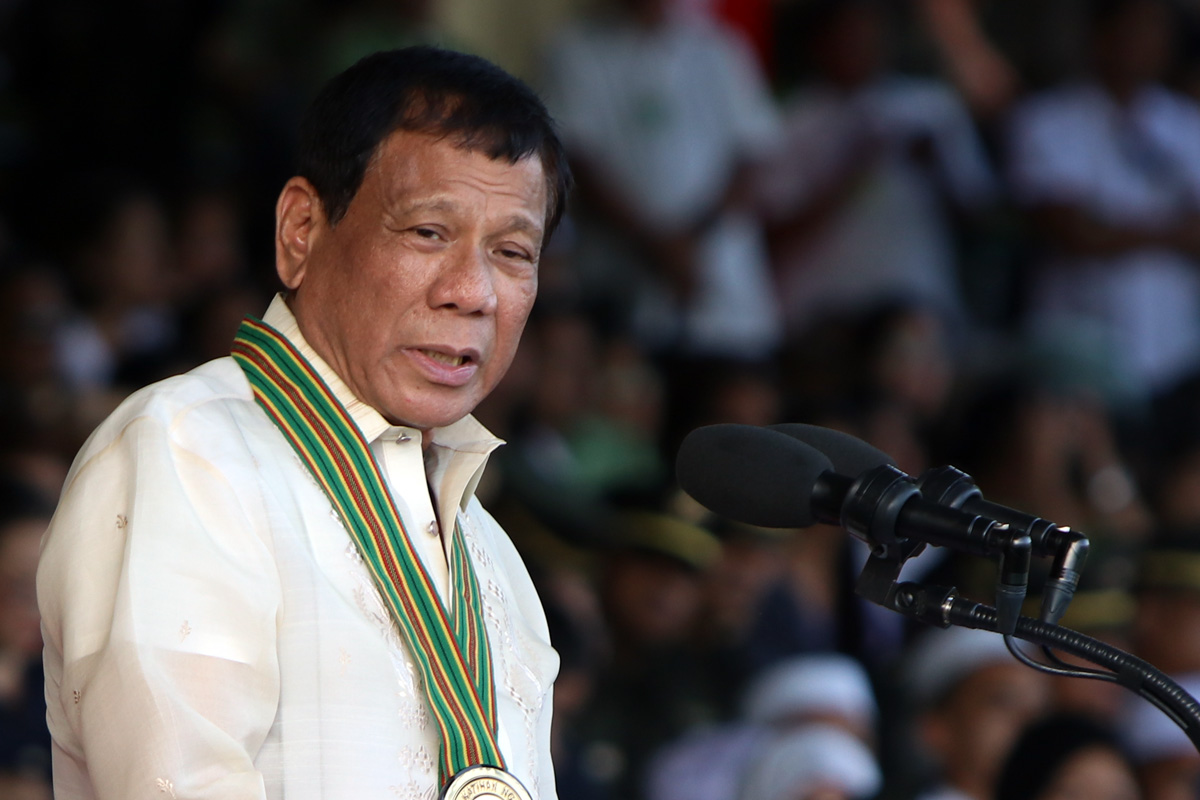 MANILA, Philippines – While President Rodrigo Duterte continues to sustain his popularity among most Filipinos, the results of a new survey show his biggest drop in public trust since he was elected Chief Executive.

Based on the results of a survey conducted by Pulse Asia Research, Incorporated, from March 15 to 20, Duterte’s national trust rating dipped to 76% from 83% in December 2016, a 7-percentage point drop.

The dip in Duterte’s national trust rating is beyond the survey’s +/-3 margin of error at the nationwide level.

It is the biggest dip he has experienced so far, compared to decreases observed in past Pulse Asia surveys. This is also the first decrease in rating that is not statistically negligible since it surpasses the error margin. 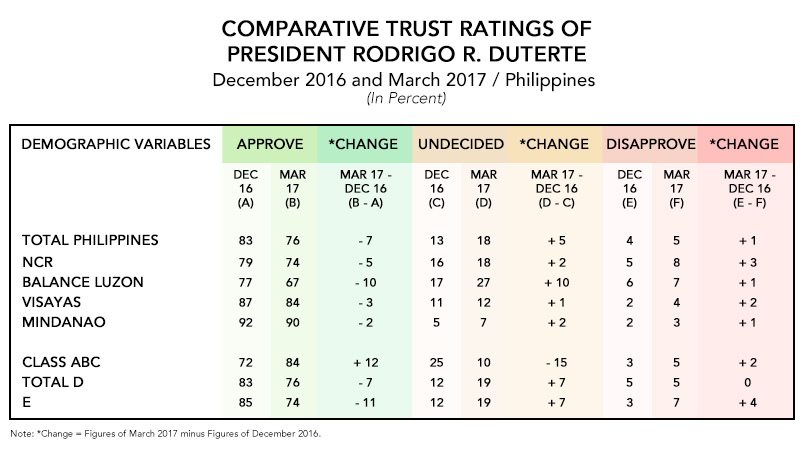 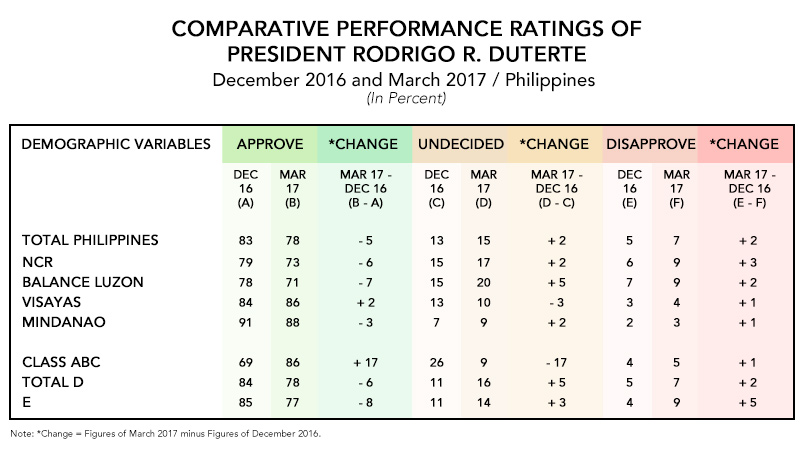 Political events and developments that may have influenced sentiments of respondents include the filing of the first impeachment complaint against Duterte by Magdalo Representative Gary Alejano on March 16, and the Senate hearing where retired Senior Police Officer 3 Arturo Lascañas alleged that Duterte masterminded the Davao Death Squad.

Other major events leading up to the survey are the arrest of Senator Leila de Lima on drug charges, the suspension and resumption of the police’s involvement in the war on drugs, the approval of the death penalty bill in the House of Representatives, and the murder of South Korean businessman Jee Ick Joo inside the Philippine National Police headquarters.

The March poll involved the participation of 1,800 adults nationwide and has a 95% confidence level. The error margin on the national level is +/-3% and +/-6% on the subnational level.

Losing trust in Balance of Luzon

Though Duterte’s trust and performance ratings never go lower than 73% across all regions of the country, there were notable decreases in his ratings in Balance of Luzon.

Balance of Luzon is where trust and approval for Duterte is lowest, at 67% and 71%, respectively.

Mindanao continues to be the region that trusts and approves of Duterte’s performance the most. In the March poll, 88% of Mindanao respondents say they trust him while 90% appreciate his performance.

Duterte’s performance and trust ratings in the first 9 months of his term are comparable to the survey ratings of another popular Philippine chief, Benigno Aquino III, during that period.

In March 2011, Aquino obtained a trust rating of 75% and a performance rating of 74%, based on the results of a Pulse Asia survey. These figures are both less 5 percentage points over his scores in the October 2010 survey.

Duterte seems to enjoy more approval and trust from middleclass to upperclass Filipinos, though Pulse Asia clarified that the changes in these groupings are “marginal” because the figures fall within their respective error margins which the pollster did not provide in its press statement.

Duterte’s March performance approval rating among Class ABC is at 86%, 17 percentage points higher than his rating in December (69%).

The same goes for his trust rating among this economic class. His March trust rating of 84% is an improvement by 12 percentage points from his December rating of 72%.

Though he gained support among well-to-do Filipinos, he appears to be losing trust among the poorest.

Duterte’s trust rating among Class E fell by 11 percentage points, from 85% in December to 74% in March. – Rappler.com