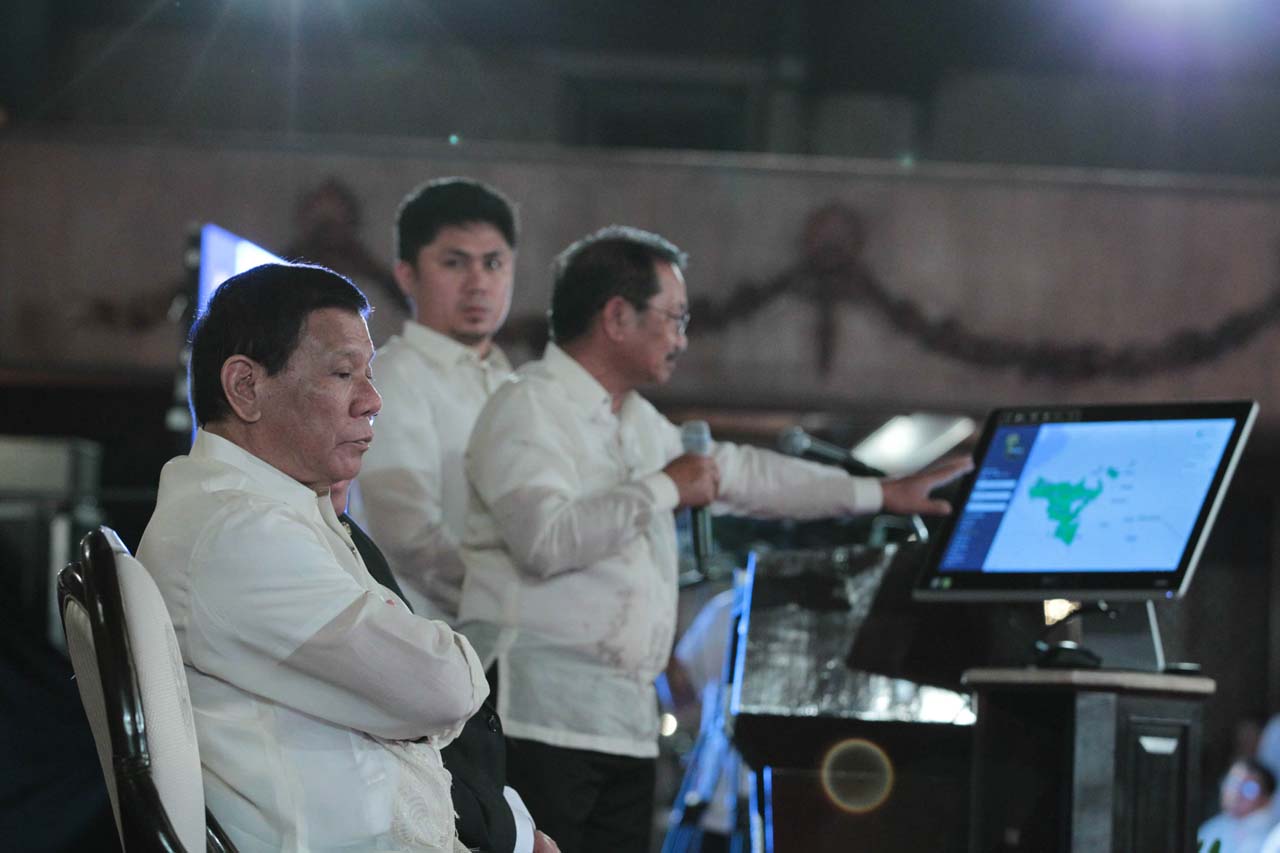 MANILA, Philippines (UPDATED) – President Rodrigo Duterte said he has just fired a female undersecretary of the Office of the President (OP) for supposedly seeking to overturn the denial of an importation permit.

Agriculture Secretary Manny Piñol confirmed that Duterte was referring to Undersecretary Maia Chiara Halmen Valdez of the Office of the Cabinet Secretary.

Duterte was so angry that he decided to fire Valdez as his chopper was landing in Nueva Ecija for the Harvest Festival earlier that day, Wednesday, April 5.

Duterte decided to fire the undersecretary because she is supposedly seeking to overturn the denial of rice importation. National Food Authority (NFA) Administrator Jason Aquino has been pushing for more rice imports.

The appeal was lodged with the Office of the President.

Duterte, who was speaking at an agriculture-related event, said he didn’t want the appeal granted in order to “protect” Philippine rice products and rice farmers.

“Sabi ko, ‘Ano’ng mukha iharap ko sa farmers?’ (I said, ‘How can I face the farmers?’) Why would we allow importation to compete with local products?… Of course, hindi natuloy dahil binara ko (it didn’t push through because I stopped it),” said Duterte.

While he conceded that the Philippines is part of the global free trade market where protectionism is discouraged, he said he still wants to “protect” the country’s agricultural products.

“There’s a free trade agreement, we are in an open market, but you have to protect the Filipino. What will happen to assistance for them if their products aren’t bought because the competition has a much lower price?” said Duterte.

Toward the end of his speech, he said he would fire two more undersecretaries soon, but did not elaborate.

By the end of this week, he warned, a total of 5 officials would have been fired – including Valdez and former interior secretary Ismael Sueno.

“There are two more undersecretaries, so, at the end of the day, there will be around 5 fired in a week,” he said.

Duterte had sacked Sueno over corruption allegations, but Sueno maintains his innocence. – Rappler.com