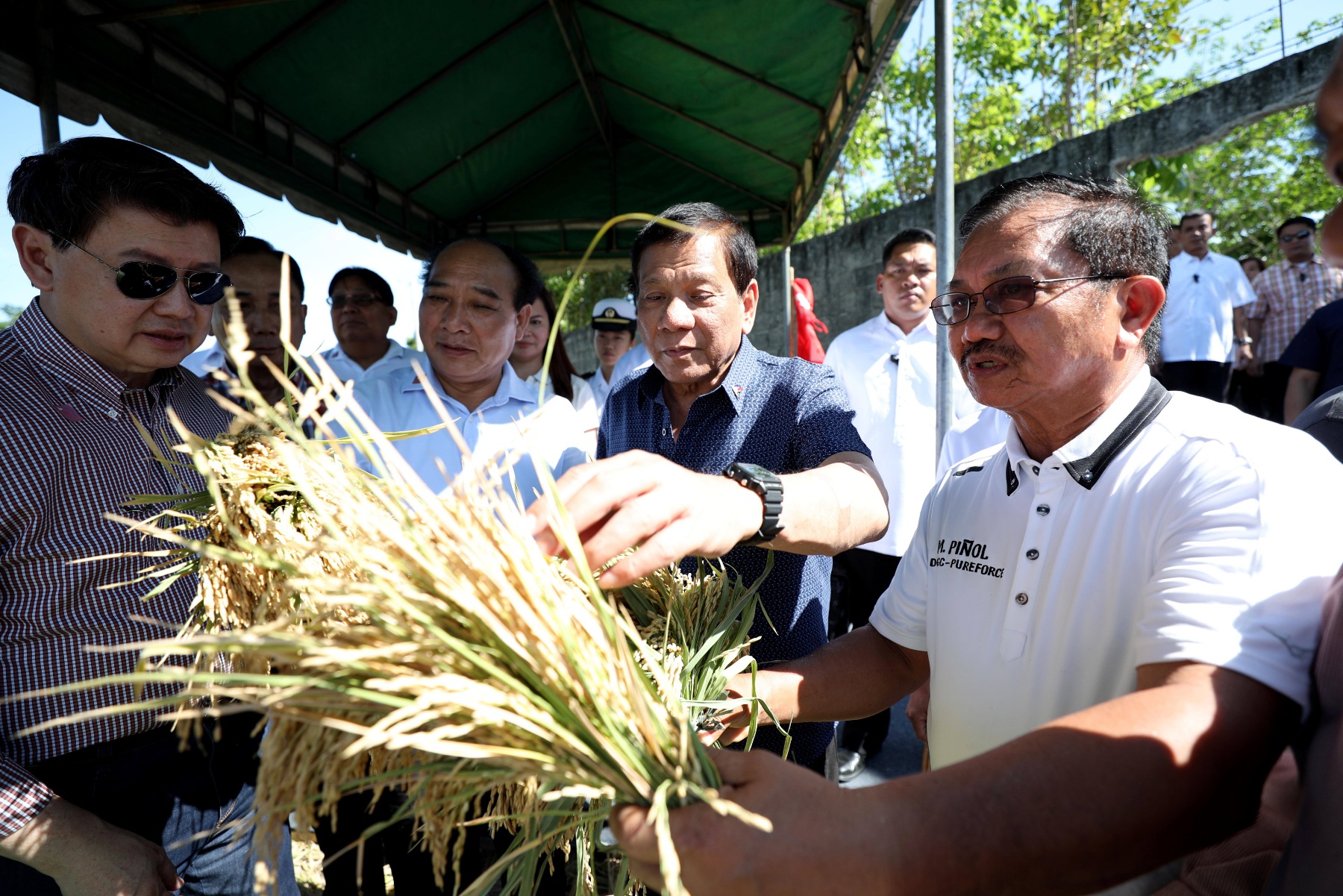 “So I am ordering Jason Aquino sa (in the) NFA, if you have money, you start buying. You buy the rice of the local producers if you really want a buffer,” said Duterte on Monday, April 10, at the Davao International Airport where he was holding a press conference.

“Unahin mo muna ‘yang atin, pabawiin mo ang mga farmers (Prioritize ours, allow the farmers to make a profit), then if there is a shortfall, you might decide to import,” he added.

Aquino is pushing for government-to-government (G2G) importation of one million metric tons of rice to prepare for the supposed rice supply shortage the NFA foresees in the coming months.

The council’s 9 members (excluding Aquino) believe there is no need to import through G2G because of the good harvest of farmers in recent months, making it more practical for the government to buy palay from local farmers.

G2G importation would also require the government to get a loan from the Land Bank of the Philippines (Landbank). With the amount Aquino had wanted to import, the loan from Landbank would amount to P24 billion, adding to the P211 billion “legacy debt” the government has with the bank.

Meanwhile, P5 billion was allotted for the government this year to buy palay from local farmers.

It’s not clear from Duterte’s statement if he is, in effect, ruling out the G2G importation being sought by Aquino.

It’s also not clear if he has an informed stance on the complicated issue of rice importation in general.

During the press conference, he appeared to have been miffed by Valdez’s supposed breach of protocol when it comes to signing permits.

“Alam mo, hindi ‘yan inyo (You know, that is not yours to decide). When it is Office of the President, you meet there and make the recommendation, I will decide to grant or disapprove it, the appeal,” he said.

Halmen Valdez, the dismissed undersecretary, however, told Rappler that she did not sign the permits.

The extension of these permits had been approved previously by the NFA Council, which comprises other agencies including the Department of Finance and the National Economic and Development Authority.

“I don’t have a signing authority over the import permits. What happened was that the NFA Council approved the extension of the permits and I can show it to you here, it has been signed by the 9 members out of 10,” Valdez said on Monday.

As Evasco’s alternate in the NFA Council, Valdez signed the council resolution approving the extension. The resolution was also signed by Evasco.

Evasco and Valdez opposed Aquino’s G2G scheme for the same reasons Duterte gave: that it would be more practical to buy from Filipino farmers. – Rappler.com