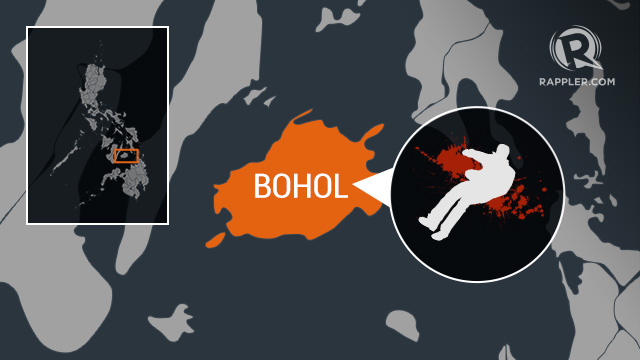 MANILA, Philippines (4th UPDATE) – The Boholano who led the Abu Sayyaf to Inabanga for an alleged Holy Week attack was killed in a military operation on early Saturday afternoon, April 22, the Armed Forces of the Philippines (AFP) said.

Colonel Edgard Arevalo, chief of the AFP Public Affairs Office, confirmed the death of Joselito Melloria and 3 of his companions who have yet to be identified.

“It’s a law enforcement operation between the Armed Forces of the Philippines and the Philippine National Police. We also credit the intelligence information coming from the citizens and local government,” Arevalo said.

Government forces were tipped about the presence of armed men hiding in a cave, according to a source involved in the operations. The government forces immediately responded but the Abu Sayyaf members were able to escape.

The troops tracked the bandits, leading to the clashes in Barangay Bacani in the town of Clarin that killed Melloria early afternoon on Saturday.

The body of Melloria was recovered with an M16 rifle beside him and an M203 on him, one source involved in the operation told Rappler.

Pursuit operations led to the clashes around 8 p.m., where 3 of Melloria’s companions were killed. Three more high-powered firearms were also recovered.

The firefight comes as the Philippine military searches for Abu Sayyaf members who escaped a recent military operation in Inabanga, Bohol.

Bohol was the target of a foiled terror plot allegedly by the Abu Sayyaf Group. (READ: Bad or good intel: 5 questions on Abu Sayyaf presence in Bohol)

President Rodrigo Duterte offered a P1-million bounty for the apprehension, “dead or alive”, of each Abu Sayyaf member behind the foiled attack.

Arevalo said they have no information yet about the possible recipients of reward money. – Rappler.com