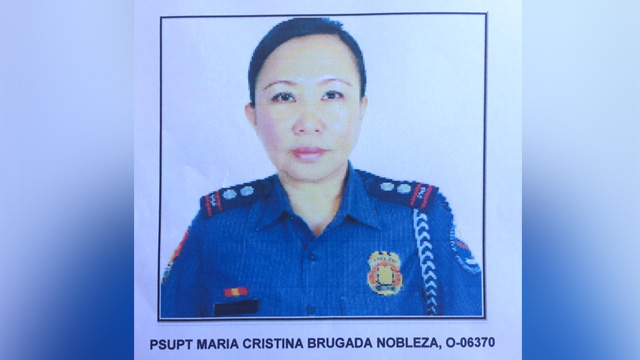 The raids were made a day after Superintendent Maria Cristina Nobleza, deputy chief of the Davao Region Crime Laboratory, was arrested in Clarin, Bohol. She and her companions had attempted to avoid a police checkpoint in the area, where there were ongoing military operations against the Abu Sayyaf.

Renierlo Dongon, an alleged bomb maker and Abu Sayyaf member who is romantically linked to Nobleza, was also arrested.

Nobleza faces charges following the discovery of firearms and explosives during the raid.

The police report said that a certain Al Mohammar Bayani, 22, from Lanao del Norte, and two minors were present during the raid. The minors were turned over to the Department of Social Welfare and Development (DSWD).

Also on Monday, Bohol police raided Nobleza’s rented apartment in the province and seized the following:

The police officer also faces charges of illegal possession of firearms, obstruction of justice, and resistance and disobedience to agent of person in authority. – Rappler.com