Duterte has ‘surprise’ for workers on Labor Day – Bello 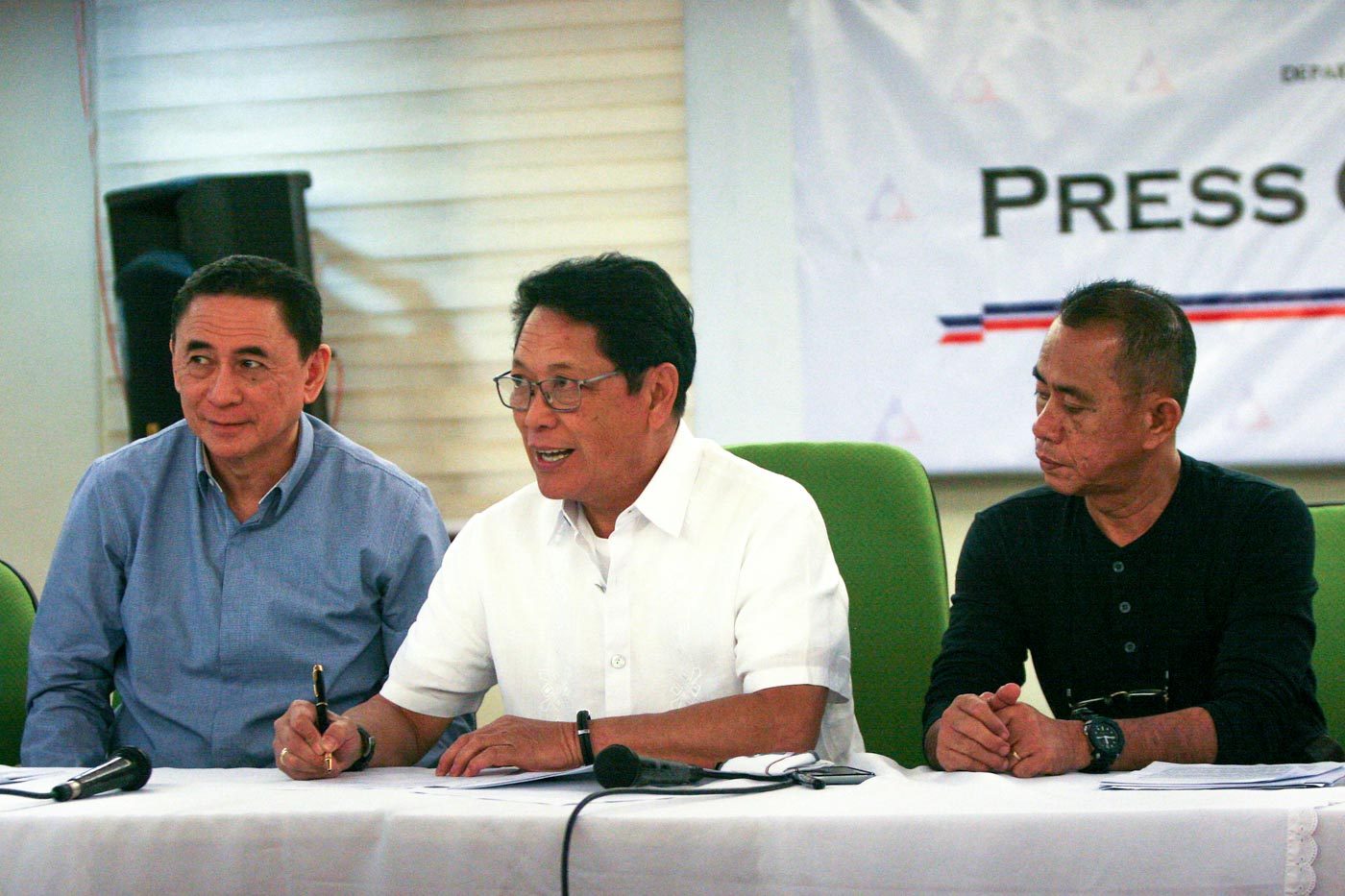 MANILA, Philippines – Because this coming May 1 is President Rodrigo Duterte’s first celebration of International Labor Day, labor executives want to make it a special one.

For starters, Department Labor and Employment (DOLE) Secretary Silvestre Bello III said the President has a “surprise” in store for workers on that day.

“We are preparing an announcment by the President to address the issue on wages para meron namang maibibigay siyang regalo pagdating ng Mayo uno (so that he can give some kind of gift on May 1),” Bello told reporters on Wednesday, April 26.

Bello did not disclose exactly what kind of “gift” workers can expect from the President but he said it could be a set of benefits for them.

An increase in the minimum wage, along with the issue of contractualization, are among the expected points of discussion in the dialogue with the President on May 1 organized by DOLE.

The venue of the dialogue will be the People’s Park in Davao City, also a first for the country’s celebration of Labor Day.

In the days approaching May 1, labor groups have been clamoring for the adjustment of the current minimum wage.

The Trade Union Congress of the Philippines (TUCP), the largest labor union in the country, recently petitioned for a P157 wage hike and a P500 government subsidy for minimum wage earners. Militant group Kilusang Mayo Uno, meanwhile, is calling for a P750 minimum wage, up from the current P454 average wage in Metro Manila.

IBON’s data also show that 63% of 24.4 million Filipinos are employed on a contractual basis and are receiving wages below the standard minimum.

Bello acknowledged that the P454 minimum wage for Metro Manila workers is too small but they have yet to study the petition to increase it by P157.

“First of all, we are considering the business sector if they can afford it,” he said in Filipino.

As for the P500 subsidy sought by TUCP, the labor secretary said it will be difficult to approve it because it will cost the government P1.3 billion a month or P15 billion a year.

“We are not totally discounting it, that’s why we are studying other possible benefits,” added Bello. – Rappler.com